The June holidays are coming up – are you thinking of taking a well-deserved break overseas?

For a limited time only, travellers can look forward to embarking on new adventures with Emirates’ special Economy Class fares during The Great Emirates Sale. Fans of Finding Dory may be interested in a trip to the SEA LIFE Aquarium in Melbourne. Cast your sights on amazing coral creatures, including everyone’s favourite Dory, caves and more at the aquarium. Set aside some time for family bonding along Melbourne’s scenic routes, including the Great Ocean Road.

Fly to Melbourne with Emirates from $559 Paris, the city of love and romance, is not just for couples these days. Fans of the Star Wars franchise will appreciate visiting Discoveryland in Disneyland Paris as they journey aboard the Star Wars Hyperspace Mountain rollercoaster. Star Wars projections on the ride will take them to a galaxy far, far away, setting the stage for the upcoming summer hit, Solo: A Star Wars Story. With fun-filled activities for the whole family at Disneyland, there is sure to be something for everyone at the happiest place on earth.

Fly to Paris with Emirates from $969 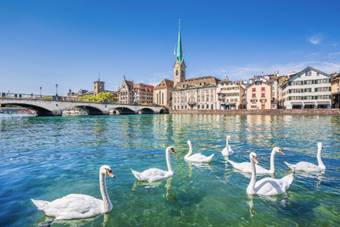 Zurich has become quite the playground for sleuths. From The Bourne Identity to The Girl with the Dragon Tattoo, its idyllic charm has been featured prominently in films. While the city is often used as a base for day trips to other locations in Switzerland like Basel, the Alps and Rhine Fall, visitors to Zurich West, the city’s trendiest neighbourhood, can also take a train up Uetliberg and enjoy unblemished views of the Swiss horizon.

Fly to Zurich with Emirates from $969 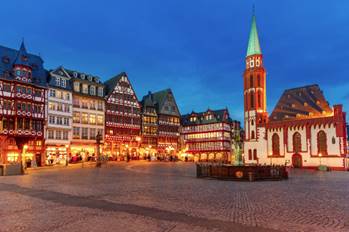 Many would have heard of the Grimm’s Fairy Tales, a collection of stories featuring classics tales such as Cinderella, Rapunzel, Sleeping Beauty and more. While the 2005 adventure film The Brothers Grimm portrayed the lives of brothers Jacob and Wilhelm Grimm in an alternative light, their real lives were a different story altogether. Today, their legend lives on at The Brothers Grimm National Monument in Hanau, just 25km east of Frankfurt. Serving as the starting point for the German Fairytale Route, families can follow in the footsteps of the two brothers and gain inspiration from the fairy tale setting all around.

Fly to Frankfurt with Emirates from $989 While Amsterdam is not typically known as a place for star-crossed lovers, it set the scene for young love in the summer hit, The Fault in Our Stars. Travellers can revisit the famous bench located near the intersection between the Herengracht and Leidsegracht canals, where main characters Hazel Grace Lancaster and Augustus Waters shared a tender moment. Families will also create unforgettable memories along Amsterdam’s Canal Belt on board the Amsterdam Tram, and savour a taste of history by paying a visit to the Rijksmuseum and Anne Frank House.

Fly to Amsterdam with Emirates from $1019 Barcelona, the Catalan Capital of Spain, was the main setting for the 2008 romantic drama, Vicky Cristina Barcelona. Fans looking to spot key locations from that film will find the incredible imagery in architectural works of Gaudi and Miro, which served as primary film locations for multiple scenes in the movie. The Parc de Montjuic and La Sagrada Familia also stand out as must-visit places for culture buffs. Families can also make a trip to the Tibidabo Amusement Park, one of the longest-standing theme parks in the world, for some family fun.

Fly to Barcelona with Emirates from $1039 A city with a rich history and culture, Rome served as a key location in the 2010 biographical movie, Eat, Pray, Love. In Rome, lead character Elizabeth Gilbert discovered the true pleasure of nourishment through food, and took filmgoers on a mouth-watering, culinary quest across the city. Visitors looking to relive those moments should definitely pay a visit to Osteria dell’Antiquario for a hearty plate of pasta, and indulge in a cuppa authentic Italian coffee at Sant’Eustachio Il Caffè. Complete the meal with authentic Italian gelato by the Piazza Navona, also known as the Fountain of the Four Rivers, one of the city’s best known spots. 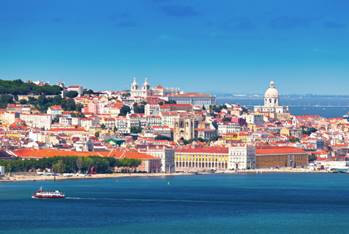 Experience the magic of love that transcends borders and culture in Lisbon as seen in Love Actually. In a touching moment between film characters Jamie and Aurelia, the two lovers managed to express their feelings towards each other in Lisbon despite the language barrier.  Enjoy the warmth of Portuguese hospitality through food in the bustling street markets and rustic restaurants. For families seeking fun under the sun, Lisbon’s stunning coastlines and pristine beaches provide the perfect backdrop for summertime activities.

Fly to Lisbon with Emirates from $1299

Passengers can enjoy up to 3,500 channels on Emirates’ award-winning inflight entertainment system, ice, including 700 movie channels, as well as TV programmes, music choices, video games and news from around the world.

To foster the spirit of exploration and adventure, young adventurers flying will also receive exclusive Fly With Me toys, as well as a travel-themed bag or lunch cooler filled with items including educational books, creative crafts, and a travel journal for children to document their memorable travel adventures.

Why not take the new Fitbit Versa with you on your travels? For all the meat lovers out there: a special meat platter just for the local taste buds

Meat eaters will be happy to hear that Meat N’ Chill is having a palatable platter promotion. In…
byCarissa Wong

Polonius in the play, “Hamlet”, proclaimed that, “the apparel oft proclaims the man”. This is the premise of…
byAsia 361