The 21st edition of Japanese Film Festival, presented by Japanese Foundation, brings the best Japanese cinema in Singapore this March 2018. The opening ceremony will be held on March 2, 2018, at the National Museum of Singapore where the official screening schedule will be announced starting from 2 to 18 March 2018.

Exclusive premiere of anticipated high-gross film ‘Survival family’ by Director Shinobu Yaguchi is to be expected during the opening ceremony. There are also panel discussions led by speakers from the Japanese Film Industry such as Director Yaguchi, Left Profile Artiste Michelle Chong, and Reiko Yokoi as the emcee. Japanese film fans will enjoy a variety of films in different genres. All films will have English subtitles to make to audience-friendly.

The films to be featured during the festival include the mystery and thriller film ‘Creepy’ by Kiyoshi Kurosawa, comedy-mystery ‘Honnouji Hotel,’ the shocking serial murder case in 1995 ‘Memoirs of a Murderer,’ and the unique story of business and betrayal ‘The Story of Chikamatsu.’ Drama films on the list include the ‘Floating Weeds’ and ‘The Flavour of Green Tea Over Rice’ by Yasujiro Ozu, ‘Her Love Boils Bathwater’ by Ryota Nakano, the desperate story of mother and child ‘Sansho the Bailiff,’ the heart-touching film ‘The Ballad of Nayarama,’ and ‘The Long Excuse’ by author and director Miwa Nishikawa. Kids will also have their piece of the festival. The 2016 Japanese 3D-CG animated film ‘Rudolf the Black Cat’ is also part of the festival’s exciting lineup. The popular comedy film ‘Tori Girl’ will also be played to add up the fun. Aside from the highly-anticipated premiere of the sci-fi and comedy ‘Survival Family,’ another amazing documentary film ‘Tora-san of Goto’ will touch the audiences’ hearts with the 114-minute film talks about children’s growth, marriage, childbirth, homecoming, and parting.

Full details of this year’s screening schedule are available at JFF 2018 Website.

2019 is not just the year of movies, it’s a year of TV shows as well. This January,…
byIrone Kim 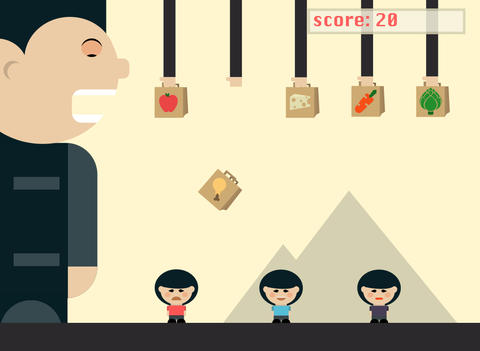 Remember, remember, the month of November, for honestbee has in store unbelievable F&B deals that will make you…
byGuy

Devour and Win this Pounder Burger Challenge by 25 Degrees and treat 20 Friends Free of Charge!

Think you can handle a Pounder Burger? If you’ve got what it takes, visit 25 Degrees Singapore starting…
byIrone Kim