Do you think you have diabetes?

Eligible adults can now look forward to 150 free diabetes screenings from two private clinics from 22 January to 16 March. This is part of the ‘Take a Prediabetest’ campaign initiated by four final-year undergraduates from Nanyang Technological University (NTU)’s Wee Kim Wee School of Communication and Information to raise awareness for the detection of prediabetes among adults aged between 20 to 39.

Eligible participants will be entitled to one free Fasting Blood Glucose (FBG) test from one of two private clinics, Zenith Medical Clinic and Trucare Medical Clinic and Surgery. The cost of any other further tests or follow-up services, if required, will be borne by the patient.

You may be a prime candidate for diabetes already

While diabetes is commonly perceived as an old person’s disease, the campaign seeks to complement the current national health campaigns by spotlighting prediabetes to the younger demographic as a pivotal stage to take action. Prediabetes is a condition where blood glucose levels are higher than normal, but not high enough to be diagnosed with type 2 diabetes.

“Early detection in the prediabetic stage is critical in preventing or delaying the progression of the major complications including heart disease, stroke, blindness, kidney failure and nerve injury,” said Dr Lee Chong Han from Trucare Medical Clinic and Surgery.

Prior to this, the team had also conducted a survey involving 102 working adults aged 20 to 39 and found that only 19% had gone for a diabetes screening within the last 3 years.

“The project will have a positive impact on the residents in the Punggol area,” said Dr Paul Ang from Zenith Medical Clinic. “Young adults would benefit from early diagnosis. If we screen them early, we can possibly prevent diabetes.”

The campaign focuses on reaching more than 50,000 Punggol residents through online platforms. The team is expecting to get more clinical partners on board in the upcoming weeks, and is working with Punggol 21 Community Club to further promote this campaign.

Mr Khong Kwok Wai, BBM, Chairman, Punggol 21 Community Club Management Committee (CCMC), said, “We are happy to be part of this meaningful campaign that impacts the well-being of Punggol residents as well as the community at large. This initiative also aligns with our grassroots volunteers’ efforts of promoting healthy living among our residents, who are largely made up of young families.”

Take a Prediabetest member Ms Kimberly Ang, 22, said, “We hope that this campaign will tell the full story of prediabetes and spread knowledge about this often overlooked condition.”

1 in 4 may have diabetes in the future

A 2016 local study found that by 2035, the prevalence of prediabetes among Singaporeans is expected to be 1 in 4. [1] Without adequate lifestyle changes, at least 35% of individuals with impaired fasting glucose will develop Type 2 diabetes within 8 years.[2] In 2010, 14.4% of the Singaporean adult population aged 18 to 69 were diagnosed with prediabetes as reported in the National Health Survey by the Ministry of Health although more remain undetected.

The health screening registration portal is now available on the official campaign website. Eligible individuals will be able to schedule an appointment for a free Fasting Blood Glucose test from 22 January to 16 March 2018. 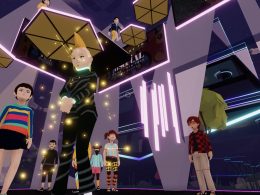 Animated comedy film, Megamind, is the latest release from DreamWorks Animation. It is now showing in Singapore cinemas…
byalvinology

On 25 Feb, I was invited to the official launch of the Singapore Food Trail at the iconic…
byalvinology