The official launch will be from 27 November 2017, but we were provided samples to try out. Which flavour do you think will be more popular? Chicken Rice or Laksa?

It’s like a battle between two of the hawker favourites in Singapore:

Chicken Rice or Laksa flavoured potato chips anyone? Currently available in 70g packs, the crinkle-cut chips retails for S$3 each. A product roadshow will be held from 27 to 29 Nov at the open area above Raffles MRT station. Be there if you would like to try the chips for yourself! #foodpornsg #sgfoodie #sgfoodporn

We took the chips around office to do a blind taste test with around 20 people. Most were able to identify the laksa flavour, but the chicken rice was sometime mistaken for ginger flavour, probably because of the strong ginger taste in chicken rice. The verdict was universally positive and once you start munching, you can’t stop.

F.EAST potato chips will be available for sale from 27 November 2017. Customers may sample and purchase the chips at its Christmas Fair booth located at B1, Raffles Xchange at Raffles Place. They are also available for purchase online at www.redmart.com.

Currently available in 70g packs, the crinkle-cut potato chips retails for S$3 per pack. In conjunction with its launch, F.EAST will be running a “4 for S$10” promotion until 1 December 2017.

Price is on the steep side compared to the likes of mass brands like Calbee and Chipster, but reasonable compared to premium brands. F.EAST potato chips fall somewhere between the two ends. Maybe with volume and economy of scale, the prices will be adjusted accordingly, either by pricing it lower or increasing the volume of each pack.

At S$3 a pack, it should be able to attract many buyers at the start for it’s novelty, but the longevity of the products will be trickier as it cannot be positioned as just a novelty brand for tourists to bring home.

A product launch roadshow will be held from 27-29 November 2017 on the ground floor open area above Raffles Place MRT. Limited to 200 packs a day, lucky customers stand to obtain a free pack simply by snapping a selfie with F.EAST potato chips and posting them on social media. Watch out for the F.EAST promoters in pink and yellow apron.

F.EAST is inspired by the diversity of Asia’s cuisines – each unique in its own way, every one of them offering an incredible array of mouth-watering dishes. Being a local brand, F.EAST has chosen two of Singapore’s most beloved dishes for its maiden product launch. Going forward, the brand hopes to introduce more flavours from across Asia.

Are you or your kids interested in aviation? There is a home-grown flight school in Singapore that offers…
byalvinology 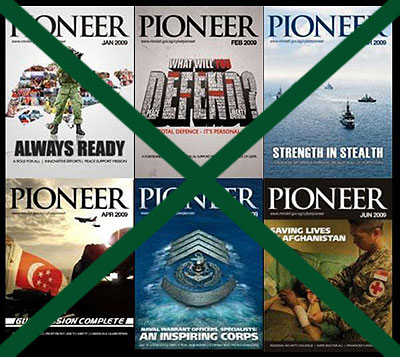