This 2nd hand $200 refrigerator came with a few surprises inside, and the SELLER has threatened to sue

Would you pay $200 for a 2nd hand refrigerator?

Christina Wong bought a refrigerator online for $200, and in good faith accepted the item without seeing the inside of the fridge. When the second hand appliance arrived and she opened it, she found that the refrigerator hasn’t been cleaned!

For her $200, she got a refrigerator that’s been “sealed,” along with mold, foul smells, leftover food items, and dead fauna. The seller said that the refrigerator had been wrapped up and she did not unwrap it because it would need to be packaged again. According to Christina, the seller changed her Facebook name to “cw see you in migistratecourt” which she said meant “Christina Wong see you in magistrate court.”

In her Facebook post, she further warned people of dealing with this seller and mentioned their phone number and the name of their company.

One commenter said that it’s the buyer’s fault for not insisting on seeing the interior and that the latter was not thinking very well.

One netizen said she sold her fridge for much cheaper and at a better condition!

Others supported the move to sue the seller.

Who do you think is at fault? The buyer for not checking the merchandise, or the seller for delivering an item they knew was dirty inside?

Recently, a photo of two Singaporean men kissing has been posted on Instagram and circulated through various forums.…
byDanielle Ann 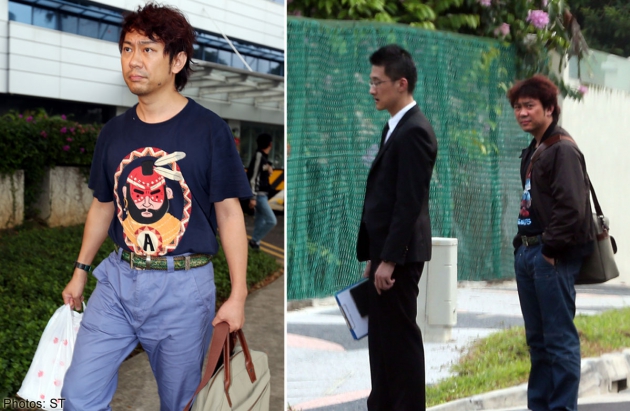 6 learnings from former China tour guide, Yang Yin (杨寅) on how to be a better crook Fuel up for summer days ahead with Starbucks newest breakfast offerings that are scrumptious yet affordable, with something…
byKaryn Cheong
Hello. Add your message here.
See how Snapask has been helping out over 3 million students around the world. Find a perfect plan