In a report by the Straits Times, two Singaporeans have been arrested and convicted for crossdressing in Abu Dhabi, United Arab Emirates last August 9, 2017.

According to the report, the two Singaporeans are Muhammad Fadli Bin Abdul Rahman, a 26-year-old freelance fashion photographer and Nur Qistina Fitriah Ibrahim, 37 years old and friend to the former.

Nur is considered a transgender woman, but had failed to change her legal documents to reflect her status. Without the gender reassignment surgery, the UAE considers Nur a male, and was convicted of crossdressing.

Muhammad was also sentenced to one year in prison for the same charges which also included “indecent acts.” The two Singapore nationals were arrested in a shopping mall one day after their arrival in Abu Dhabi.

Not the first time in the UAE

What is surprising about this case, according to Nur’s family, was that the latter had been to Abu Dhabi four times before and were able to return home safely each time. Madam Rozy, who is Nur’s 34-year-old younger sister confirmed that her elder brother had not undergone gender reassignmnet surgery and that the family is worried about her.

Fadli’s brother, Muhammad Saiful Bahri Bin Abdul Rahman, on the other hand, said that his brother was wearing a white shirt as seen in a photo sent before the arrest.

How did the families find out?

According to Madam Rozy, Nur had become silent in the family chat room on WhatsApp, which prompted the Ibrahims to worry. A few days later, the family received a voice message that notified them that Nur had been arrested.

Fadli’s family, on the other hand, received information from the Ministry of Foreign Affairs or MFA that he had been arrested a week before. The MFA then followed up and said that Fadli had been sentenced to a year in jail.

According to the same report, the MFA said that the two Singapore nationals were not represented nor were they present at their own hearing. Mr. Saiful, Fadli’s brother told the Straits Times that no one from the Singaporean Embassy was present at their hearing as well.

After this sentencing, Nur and Fadli are allowed to appeal on September 4 or 15 days after. The MFA has mentioned that they are extending consular assistance and helping the families get legal advice.

According to Detained in Dubai, a non-profit organization who helps individuals in conflict with UAE law, the situation is particularly dangerous for Nur.

Since Nur self-identifies as a transgender woman but has not undergone gender reassignment surgery or uses legal documents that idenfities her as female, she will be put in a male prison.

The nature of Nur and Fadli’s case shows that while crossdressing, homosexuality and queer acts are prohibited in UAE thanks to Sharia law, the enforcement is so inconsistent that Nur was able to visit the country four times before without any problems.

According to Detained in Dubai, there is a flourishing gay and queer scene in the UAE, where bars and clubs catering to the LGBTQ community are out in the open, operating freely.

The laws are in place

Still, the laws are in place, where lesbian, gay, bisexual, transgender and queer individuals may find themselves in jail. According to the UAE Penal Code, “Whoever commits rape on a female or sodomy with a male,” will be penalized. All extra-martial relations are also punishable by law, which means pre-marital sex act are also penalized.

Before, hanging and caning were the punishments in place for violations of LGBTQ and sodomy provisions, but Muslim civil court has replaced these punishments with the following:

Copies of the law translated into English are notoriously hard to come by, according to several human rights organizations, so the interpretation is hard to ascertain. Still, members of the LGBTQ community are warned to be careful in the UAE.

Bookmark this article for further updates. We will be updating this story as more details emerge. In the tradition of TIME Person of the Year magazine cover, I decided to do a Singapore edition…
byalvinology 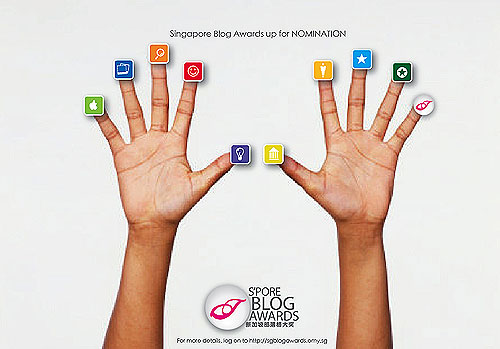 The Singapore Blog Awards was launched on 2 May 2008. The panel of professional judges have been announced…
byalvinology WeChat Pay MY to expand merchant base in Malaysia – targets mamak restaurants, petrol kiosks and pasar malams in the future

If you traveled to China in recent years, it’s hard not to be wowed by how pervasive e-payment…
byalvinology
Hello. Add your message here.
See how Snapask has been helping out over 3 million students around the world. Find a perfect plan