As 2018 draws to a close, Twitter reminisces the momentous events in Singapore whole year round from politics, breaking news, entertainment, sports, and social change.

Without further ado, here are the most talked about topics on Twitter this 2018: This momentous event in politics when North Korean Supreme Leader Kim Jong-Un and United States President Donald Trump met for the first time in Singapore. This historic event reached nearly 4-million tweets and a crazy 5,200 tweets per minute when the leaders shook hands.

The 33rd ASEAN Summit conversations reached nearly 2.1 million for a three-day period. President Joki Widodo’s surprise visit to a popular Indonesian eatery in Singapore was close to getting 40,000 reactions from Twitter users.

The #SingaporeGP rev up over 1.1 million conversations, the highest ever since the start of the

Gallagher’s nostalgic performance became two of the most talked about moments on Twitter.

The Hollywood film starring an all Asian cast drew buzz on Twitter with Singapore as the setting of the movie. The movie garnered over 350,000 tweets just over the opening weekend, making it the most talked about movie in August around the world. Singapore’s Golden Tweet in 2018 was a Tweet from Syazwana, who shared her unique Carousell experience with a student that struck a conversation with her to obtain images from specific pages of a Social Studies textbook instead of purchasing it. The Tweet garnered about 30,000 retweets and 15,000 likes, applauding the student for his wit and the seller’s graciousness. Radio personality Dee Kosh came up top as the most talked about in Singapore. Among his most engaging Tweets is a top retweet showcasing a humorous moment during the #ndp2018.

Prime Minister Lee Hsien Loong is the third most talked about Singapore personality. PM Lee’s top retweet was a congratulatory tweet to Prime Minister Dr Mahathir after winning the #ge14.

CEO of Razer, Min-Liang Tan (@minliangtan) sets an example for other Singaporean CEOs with his top retweet engaging his fans and gathering feedback before he takes on a Japanese gamer’s suggestion of creating a Razer-branded Gachapon machine. The most tweeted hashtags in Singapore this 2018 are #hallyupopfest, #TrumpKimSummit, #f1, #ndp2018, and #metoo. That’s it for this year’s #ThisHappened on Twitter in Singapore. Are you excited for next year’s most momentous events? Huawei announces the launch of HUAWEI Y6p, a smartphone that combines powerful hardware performance and stylish design at…
byIrone Kim

Gardens by the Bay will reopen its ticketed attractions in phases, beginning with Flower Dome on 1 July,…
byIrone Kim 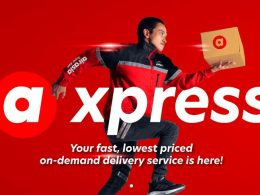