5 Things about the Sugar Daddy Dating Scene in Singapore

There’s a Sugar Daddy scene in Singapore, and it’s easier than ever to get in on it.

Thanks to technology, social media and the economy, being able to have a girlfriend with the swipe of a credit card is more common than you think. While others may find this arrangement acceptable and even preferable, others still consider this practice of Sugar Daddies and Babies similar to prostitution.

While no one may openly shout or proclaim their status as a Sugar Daddy or Sugar Baby, it’s interesting to note that this lifestyle is alive and well–and possibly even thriving.

Here are some things about the Sugar Lifestyle that may surprise you:

It’s easier than ever to find one

Just log on to any one of these websites:

The service is usually free, and the listings are based on how much money the wealthier party earns and the latter’s location. According to SeekingArrangement, it’s possible for one Sugar Daddy to have as many as four Sugar Babies based on the number of users on their website.

You may also find one in as fast as five days!

One of the most notorious Sugar Daddies is Singaporean

Brandon Wade or Lead Wey, as he was known when he was born, was the man who first set up SeekingArrangement. He was raised in Singapore but finished school abroad and went on to work in General Electric.

Thanks to his failures in dating, he set up the website, which now has 10 million users.

Wait, what? Isn’t being rich the whole point of being a Sugar Daddy? According to the Reddit community SugarLifeStyleForum, wealth is not necessarily a requirement, but it does solve a lot of problems (doesn’t it all the time?).

Veterans in the lifestyle say that depending on the Sugar Daddy’s location and occupation, they can be expected to pay for only certain things. Before an arrangement is concluded, the Daddy and the Baby are free to negotiate based on what they can both bring to the table. While other Daddies may not be as liquid, they may offer other things.

If you’re a Sugar Daddy in Singapore, you’ll be expected to take your Baby to expensive hotels, the best restaurants and even a cruise!

While sexual favors can certainly be part of the relationship, not all Sugar Daddies and Babies are keen on getting sex from their partners. Some older men are usually just looking for a pretty girl to have on their arm or a companion for the week.

While you may think that a Sugar Baby could turn into a third party in a relationship, other experienced Sugar Daddies always advise the newer bunch to keep their personal life and drama away from their arrangements.

Almost 40% of the men on SeekingArrangement are married, so it’s to be expected that families and wives could get in the way of the lifestyle. But the whole point of the arrangement is that the terms are clear and there is no drama.

Not all relationships have to be about love, right? It could also be about money.

After all, Wade did mention in an essay for CNN that “Love is a concept invented by poor people.”

What do you think about Sugar Daddies and Babies? Let us know in the comments. 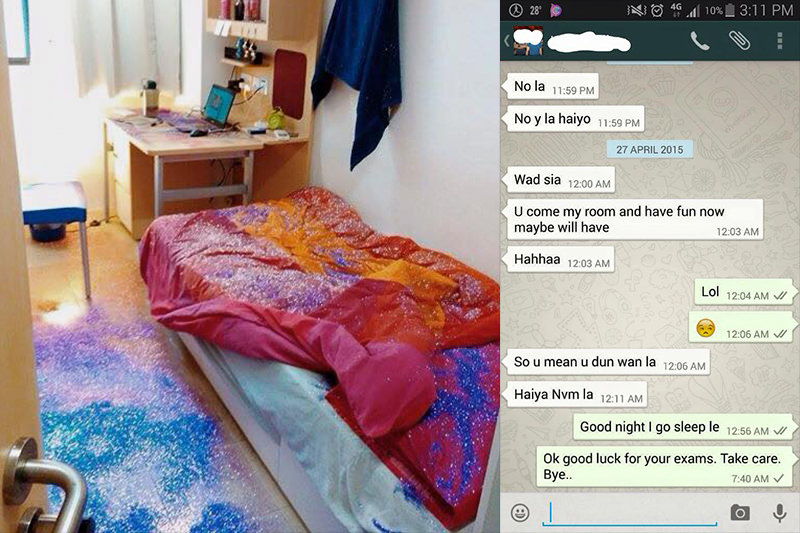 Rosmah vs Imelda? Who is the true Southeast Asian First Lady of Seized Luxury?

With the recovery of millions of dollars of cash and even more millions in the form of watches,…
byDanielle Ann This post was first published on ASIA 361 and written by Mathilde Moyell Juul. I will start off…
byAsia 361
We are now on Telegram with daily deals and giveaways! Click and join our channel. It's FREE!
See how Snapask has been helping out over 3 million students around the world. Find a perfect plan