Xiao S graced the celebration of iROO‘s 7th Anniversary in Singapore at its Takashimaya outlet on July 7th.

Before the Taiwanese international professional superstar’s arrival, a bevy of her fans and shoppers were already waiting with bated breath. Local xinyao singer-host Jiu Jian (玖健) kept the crowd entertained before everyone had the chance to see the gorgeous star in the flesh.

Much to our anticipation, all eyes were on Xiao S once she made an entrance to the Takashimaya outlet.

The entire atmosphere was simply buzzing with energy amidst zealous fans swooning over the sight of their charming idol.

Xiao S swayed her way to a bevy of cheering crowds

The Taiwanese veteran host didn’t forget to display her dancing chops, as she swaltzed her way to the entrance of the outlet. In case you didn’t know, Xiao S, also known as Dee Hsu, is well-seasoned in standard ballroom dancing. Many of the crowd also came to have a taste of her signature quick wit and satirical humour, as evidently seen in her now-defunct variety show, Kang Xi Lai Le.

She even shared with us one of her tips that she swear by for having such fair and radiant complexion. Let us give you a hint – it has something to do with iROO’s clothing range (watch the video above to know more).

Xiao S’s ardent fans were relentless in their outpour of fondness and support for their goddess. Amongst them, many screamed her name ceaselessly for her attention. There were even fans who came all the way down from Malaysia just to witness some of her witty action.

After the launch, the much coveted and limited edition t-shirts autographed by Xiao S were given to six lucky winners.

This special limited edition t-shirt carries much significance as it tells the success of iROO’s 7th Anniversary in Singapore. The colourful oral embroidery brings out the dynamic and vibrant beautiful garden city that we live in.

As the epitome of modern woman, Xiao S is regarded as the perfect fit for iROO’s vision of a chic and contemporary woman. Much like Xiao S, every woman can rock an outfit from iROO, regardless of it being detailed embroidery piece or an edgy outerwear.

You can expect to see stylish pieces that are trendy yet versatile in any of the five outlets in Singapore. The Taiwanese fast fashion label introduces new weekly collections with exclusivity and quality workmanship taking centrestage as well.

iROO gives every modern woman a chic and bold look

Each of the iROO stores has varying displays of six themes, each infused with a symbolic style that continues to reinvent itself with fresh weekly releases. The six themes are namely Leisure Weekend, Urban Chic, Street Minimal, Delicate Luxury, Black & White as well as Feminine Beauty – there’s simply something for everyone.

If you consider your wardrobe to be more basic, iROO also has a Perfect Match series you can’t help but to fall in love with. Depending on the theme of the collection, the fashion staples and essentials in this series are specially tailored to supplement each theme’s clothing.

If the crowds are anything to go by, fans of iROO and Xiao S won’t be able to get enough of this trendy fashion label. Father’s Day is round the corner and if you are looking for a unique gift, why not get…
byalvinology 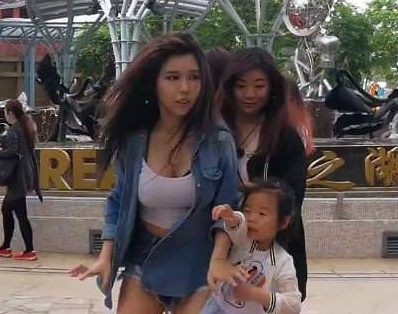 Guy proposes with KPOP dance moves at Sentosa but sadly gets rejected!

Recently, a thread on Hardware Zone’s EDMW Forum showed videos of an elaborate K-Pop dance cover at Sentosa…
byKaryn Cheong
Power up your child's learning with Geniebook.
Sign up for free demo
This is default text for notification bar
Learn more