The Northern Lights are getting increasingly difficult to spot, but don’t lose hope. There is a way for you to not only see the phenomenal auroras, but to save money and flight time too – catch the Southern Lights instead!

What’s the difference between the Northern and Southern Lights?

Nothing! Well, nothing aside from the fact that you observe the phenomenon on the opposite side of the hemisphere.

If that’s the case, why don’t people ever talk about the Southern Lights?

The Aurora Australis is known the less popular aurora “sister” because up until recently, it was a lot harder to observe. However, now that the Aurora Borealis occurrences are gradually dwindling as it enters its 11-year downward cycle, there’s not much of a difference. This is a game-changer, because we all know that it’s much cheaper to fly to places like Australia and New Zealand as opposed to Europe.

As we step into the winter months Down Under, the season of auroras begins! Although it is generally cloudy during winters (thus affecting visibility), this season has the longest nights. Here are the most accessible and affordable places to camp at.

Even if you don’t manage to catch the lights, there are tons of things to see and do at the many coastal towns along Australia’s most famous road. You can go cafe-hopping in Lorne, ziplining in Otway, and to visit the 12 Apostles formations near Port Campbell.

Lake Tekapo is part of the UNESCO Dark Sky Reserve, and thanks to the minimal light pollution, it is famous spot for not just aurora-spotting, but stargazing in general. The observatory atop Mount John is where most of the tours are conducted. Another extremely popular spot is Waipapa Point Lighthouse.

Theoretically, if the geomagnetic storm in large enough to reach Tasmania, it should be visible all over Tasmania. However, the above-mentioned spots are popular with aurora chasers as they are scenic and easily accessible anyway.

Top image features Australis aurora and Milky way at the Church of the Good Shepherd, Lake Tekapo in New Zealand. Photo via Shutterstock.com. 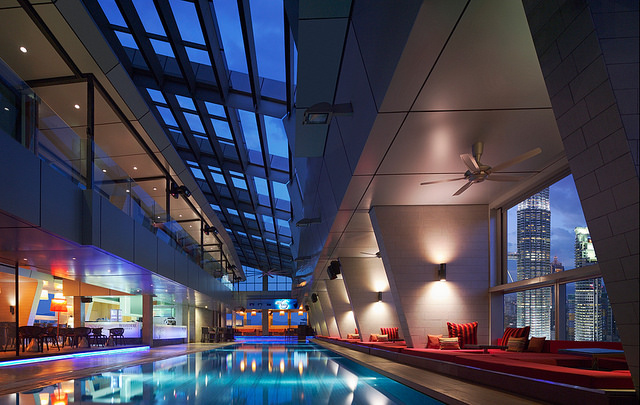 Traders Hotel, Kuala Lumpur, is a four star hotel which is perfectly situated within the Kuala Lumpur City Centre…
byalvinology

OPPO announces the launch of its new 40W AirVOOC Wireless Flash Charging technology. The first of its kind…
byIrone Kim