If you have credit cards that earn miles which you can then redeem for free air tickets, a new app has been launched in Singapore to give you the same benefit.

Originally launched in China in 2015, Mileslife app is positioned as the world’s first miles earning app that allows customers to chalk up airline miles through dining and other lifestyle spendings.

To start, add your frequent flyer membership and credit card details in the app.

To earn miles, shop and dine at any of the partner merchants, and pay via the app.

Miles will automatically be added to your frequent flyer account of choice which will take up to five working days. There are no conversion fees involved, unlike where banks generally charge $25 per conversion.

This is in addition to whatever freebies consumers get from using a credit card that earns miles.

Users in Singapore can earn up to five miles for every dollar spent.

A cross-border fee applies to local transactions as the payment gateway is located outside of Singapore which recognises it as foreign transaction. But the Chinese firm said it is working to get it processed as a local merchant which will be done by August this year.

Simply put, the more you spend at any of the accredited merchants, the more miles you earn.

Founder and CEO of the Chinese start-up, Troy Liu said it was a “natural step” to launch in Singapore, the first market outside of China.

“Singaporean travellers are savvy and always on the lookout for a good deal,” said the globetrotter, who has travelled to over 100 countries with the miles he has collected over the past 16 years.

Mileslife app can used in seven cities in China including Shanghai and Beijing, with 1,700 merchants on the platform. Following the launch in Singapore, more Southeast Asian countries are expected come on board, the firm said.

In Singapore, users can earn miles from 14 attractions such as Universal Studios Singapore, Sentosa and River Safari.

For dining, the list of partner restaurants include Crystal Jade Group of restaurants, Long Chim at Marina Bay Sands and Cassia Chinese restaurant at Capella hotel.

A full list of participating merchants can be found within the app.

To be very honest, I wasn’t as engaged with the developments for GE2020 as compared to previous elections.…
byalvinology 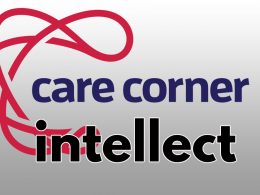 Indulge in the new limited-edition Magnum Chocolate Orange at only S$10.90 for a minipack of six