Old colonial buildings and modern towers line the diverse and laidback city streets of Kuching, the riverside capital of Sarawak in East Malaysia, just one and a half hour direct flight from Singapore.

Some folks said the name of the city was derived from a tropical fruit called “Mata Kuching” (cat’s eye fruit), widely available in Malaysia and Indonesia.

But much has also been said as to how the city got its name – Kuching means “cat” in Malay language and the city is littered with dozens of cat statues at every corner. Like the cat statue (pictured below) seen at the entrance of Chinatown in Kuching.

But the city began its roots as a trading post that was built by a British man called Sir James Brooke, the first white rajah (king) who ruled Sarawak from 1842 until he died in 1868, at the age of 65.

Visiting Kuching tells me of a time that’s quieter and calmer as the city is not congested with traffic and high rise buildings. Drive further into Kuching, there are over 4,500 longhouses in the whole of Sarawak where tribal people live in.

From glorious street foods to long walks along Sarawak River taking in the views of fishing boats, old houses and 19th century landmarks, Kuching is a laidback city with small town rustic vibes and friendly locals who love to tell a story or two to travellers who have arrived in their home.

Located at the top of the hill along Jalan Tun Abang Haji Openg, the Ethnology Museum was built in 1891 and renovated in 1911, and is regarded as among the oldest museums in Southeast Asia. Here, the spotlight is on Borneo’s incredibly rich indigenous cultures. On the upper floor, the exhibits include a full-sized Iban (an ethnic of Sarawak) longhouse, masks and spears. On the ground floor, which I toured, is an old-fashioned display of a small collection of natural history. On display were stuffed animals from the local area such as birds, snakes, orangutans, cows, tortoises, and more.

When in Sarawak, visiting our red head friends at Semenggoh Wildlife Centre is a must where you will find Borneo orangutans (“man of the forest” in Malay language) spotting red hair. The sanctuary is half an hour’s drive from Kuching city and another 10 minutes on foot.

Here, the orangutans are semi-wild which have been rescued from captivity and trained to survive in the surrounding forest reserve. The rehabilitated animals roam freely in the rainforest and often return to the centre at feeding time. It’s advisable to know there’s no guarantee the orangutans will come out to say hello. Note that the best months to visit are between March and August when food is scarce and they leave inner forest to hunt for food.

However at feeding time, there’s a good chance some may venture out for food. There are about 104,700 Bornean orangutans left in the world, according to World Wildlife Fund.

At Semenggoh, there are 28 of them. I was lucky to spot four Bornean red heads up close in their natural environment and element – swinging from branch to branch, feasting on bananas and even spotted a mother feeding her baby.

Here’s a tip on how to differentiate between a male and a female orangutan – males have flanges or cheek pads, which allow them to hear as far as a kilometre away. Regardless of their gender, an orangutan has a lifespan of about 40 years. If you look high up in to the trees, you will spot an orangutan nest which can hold an ape of up between 60kg and 120kg.

Semenggoh Wildlife Centre is located at Jalan Tun Abang Haji Openg, Kuching 93000, Malaysia. Entrance fee RM3. Feeding times are between 9am and 10am, and 3pm and 4pm. Visitors must leave the centre by 4.45pm. The Centre is a protected area therefore visitors are strictly advised to follow park rangers’ orders.

Said to the the first and largest captive breeding crocodile farm in Malaysia, Jong’s Crocodile Farm is about 50 minutes drive from Kuching city and home to over 1,000 crocodiles housed in enclosures simulating their natural habitats. The crocodiles are bred in captivity in order to save the spices from extinction. Standing behind the fence, I gazed at the snapping jaws of the predator and decided one shot was enough for this story. The act of the croc pouncing above waters didn’t scare me but scaly reptiles terrify me. Plan your visit to coincide with feeding times – 11am and 3pm – as they pounce above the water, to grab their food, usually meat, dangling on the lines above.

Where to go: River cruise

There are two ways to take in the scenic views of Kuching – run along the Sarawak River, that’s 120km long, or hop onboard the Sarawak River Cruise. For this trip, my group and I were shipped away on a cruise to have a view of the city and its surroundings with the sky threatening.

Departing at 5.30pm and lasting for an hour and a half, it was a beautiful scene to gaze at with the sun setting as a backdrop. It was a pity that we enjoyed just an hour of cool breeze on the upper deck as it rained during the last leg of the trip, before we took shelter in the air-conditioned lower deck.

The cruise glides past colourful villages, the elegant City Mosque, houses made of concrete and some with zinc roofs, the historical Fort Margherita and the Kuching Waterfront. Along the way, you will find brightly painted tambangs (water taxis) ferrying passengers, villagers going about their lives, and fishing boats and wooden cargo vessels docked by the river. You will also cruise past the Astana, the former residence of the white rajahs, now the Governor’s residence.

Board the Sarawak River Cruise at Kuching Waterfront. Daily sunset cruise departs at 5.30pm and returns to the waterfront at 7pm. Admission fee is RM 60 per person.

To find the best food when travelling, always eat where the locals eat for an inexpensive and truly immersive experience, is something most travellers would have heard of. In Kuching, street food cost less than S$3.

We began our food fest at Signature Madam Tang’s Cafe, where choices include Sarawak laksa, nasi lemak, and beef noodles. Here, diners get an air-conditioned environment and a higher end of fusion Sarawakian, Malaysian and Western dishes.

Costing RM8.90 (S$2.90), the classic Sarawak laksa comes with rice vermicelli, prawns, chicken strips, egg and beansprouts. The right way to savour, as told by our tour guide, is to mix sambal chili with the gravy and pour the mixture in. To me, the gravy was thick and rich from the coconut milk, and flavourful enough for a first-timer.

From the original two-toned multi-layered cake (RM10, S$3.20) to kek lapis available in more than 40 flavours, such as pandan and cheese, pop a piece or two (or more), before deciding on your choice.

If you have no dietary or religious restrictions, you cannot leave Kuching without tucking into a bowl of Sarawak kolo mee, a favourite local dish found throughout the city. I had Red Kolo Mee (RM4, S$1.30) at an open air market located in Jalan Khoo Hun Yeong. While I don’t know if it’s the best, it was definitely a comforting bowl of springy noodles tossed in sauces and oil, sprinkled with minced pork, char siew strips (barbecued pork), and spring onions with red and green chili soaked in vinegar served at the side.

The writer’s trip was hosted by AirAsia and Sarawak Tourism Board. AirAsia flies to Kuching once daily from Singapore, and twice on Friday and Sunday. Heres’s what you can expect at a homestay in a traditional Sarawak longhouse, but you will need to leave your expectations at the door and go with the flow. 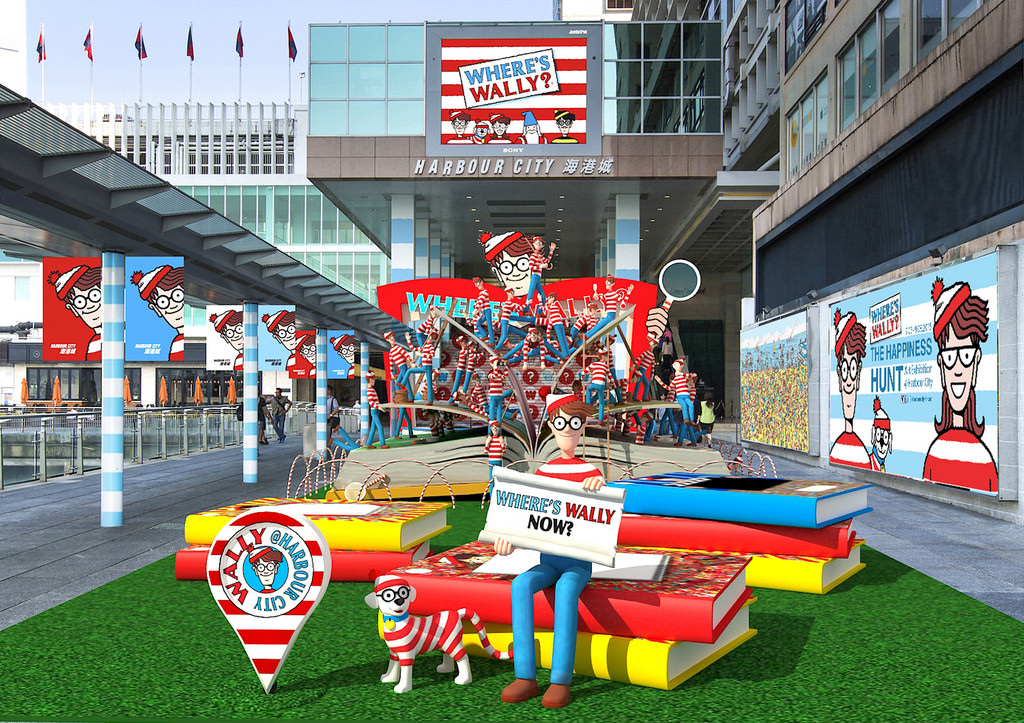 From 9 July to 9 August 2015, Hong Kong is hosting the international globetrotter, Where’s Wally? at Harbour City! My family…
byalvinology

Did you know? You can actually explore Dubai with just a shoestring budget and here’s how –

Often known as the playground for the rich, you can actually travel Dubai without breaking the bank. Other…
byIrone Kim 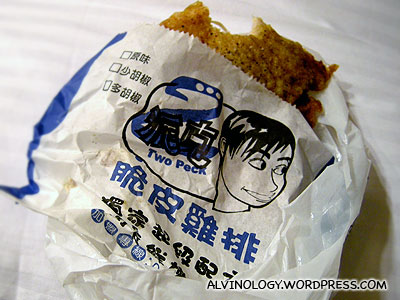 Jedi or Sith? The Star Wars Special Edition Yoga 920 from Lenovo is as good as a lightsaber when announcing your side of the Force

Whichever you choose, just make sure you’re one with the Force. Lenovo has announced that its highly anticipated,…
byStaff Writer