Online daily deal vouchers and discounts platform Groupon Singapore has been sold to Fave Group for an undisclosed sum, the local media reported.

Reports said the transaction is expected to close this week.

In 2015, Groupon cut over 1,000 jobs and closed down operations in seven countries as it struggled with slow growth, the company’s chief operating officer Rich Williams wrote in a blog post.

“We saw that the investment required to bring our technology, tools and marketplace to every one of our 40+ countries isn’t commensurate with the return at this point. We believe that in order for our geographic footprint to be an even bigger advantage, we need to focus our energy and dollars on fewer countries. So, we decided to exit a number of countries where the required investment and market potential don’t align. You likely saw that we recently exited Greece and Turkey. We are also ceasing operations in Morocco, Panama, The Philippines, Puerto Rico, Taiwan, Thailand and Uruguay,” Mr Williams wrote.

The acquisiton is set to solidify Fave’s efforts in helping consumers save, while driving growth for local businesses across the region, as reported.

Fave Singapore managing director Ng Aik-Phong was reported in the local media saying: “With one of the highest smartphone penetration rates in the world at 85 per cent and a highly competitive market for offline businesses, Fave’s ability to connect digitally savvy consumers to offline businesses will play a key role in the company’s success in the region.”

Fave said its mission is to help local businesses across Southeast Asia grow and adopt technology in digital payments, e-commerce and mobile, with the aim of leading O2O local commerce in the region. 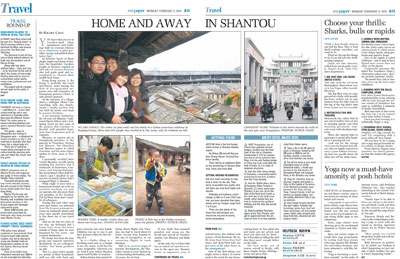 Home and Away in Shantou When you’re traveling with kids, you know that Murphy’s Law is definitely out to get you (something will…
byDanielle Ann Apple recalled several versions of its 15-inch MacBook Pro, particularly the versions of the computer made from September 2015…
byDanielle Ann

This is a rare first-hand account of what it is like to serve a home quarantine order when…
byContributor
Hello. Add your message here.
See how Snapask has been helping out over 3 million students around the world. Find a perfect plan