Have you been to the Tohoku region in Japan?

Located in the northeastern portion of Honshu, the largest island of Japan, the region consists of six prefectures: Akita, Aomori, Fukushima, Iwate, Miyagi and Yamagata. Tohoku has a reputation as a remote, scenic region with a harsh climate, with tourism being a major industry. Many people have the perception that it is difficult to get to Tohoku or explore the region.

However this 360° virtual reality video produced by the Tokyo Metropolitan Government demonstrates how everyone, including foreigners can get to the Tohoku region easily from Tokyo:

This video is just one out of a five video series.

Through the video series, you get to “re-discover” Tokyo and “newly discover” Tohoku, giving you some travel insights for your trip to Japan. TOHOKU & TOKYO would be an interesting travel combination, mixing a familiar, urban destination in Japan with a lesser known, nature destination to get the best of both worlds.

A charming region famous for its beautiful natural scenery, historical sites, and seasonally-inspired cuisine, Tohoku offers visitors a chance to experience another side of Japan. Once you’ve savoured the sights of Tokyo, why not take the short trip north to enjoy what Tohoku has to offer?

Tokyo and Tohuku are close and you can travel between the two at very reasonable fares, using special discount airfares and Shinkansen bullet train passes, specially for foreign tourists.

More details are available via the official TOHOKU & TOKYO website.

This post is sponsored by the Tokyo Metropolitan Government but all thoughts and opinions are my own. 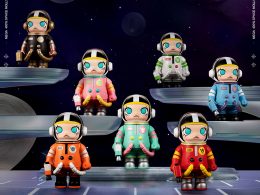 The Molly 15: Into The Future exhibition makes its world premiere at Funan, on 10 November in celebration…
byIrone Kim 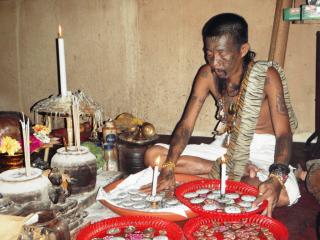 Don’t watch the videos below if occult subjects disturb you. It features an interview conducted by a Hong…
byalvinology Nookie: The Froyo New Kid on the Block

Nookie is a new homegrown frozen yoghurt concept store at PoMo at Selegie Road.  Overlooking the exterior of…
byAsia 361

A box of chocolates, a bouquet of roses, a piece of jewellery, an unnecessarily bulky bear, is this…
byIrone Kim
Power up your child's learning with Geniebook.
Sign up for free demo
This is default text for notification bar
Learn more