The March school holidays are here! It’s time for the kids to run wild and the folks at Nickelodeon has something lined up specially for them this coming weekend – the inaugural Singapore Festival of Fun at Clarke Quay! The festival is set to thrill the public with three pillars of entertainment from 11 to 19 March 2017 – comprising of the Nickelodeon Fiesta in collaboration with Nickelodeon, Clarke Quay StreetFest and the return of the Magners International Comedy Festival Singapore. A week-long programme of all-ages, fun, entertainment and activities await everyone. Kicking off Singapore Festival of Fun, is the Southeast Asia debut of a two-day Nickelodeon Fiesta weekend. Inspired by Clarke Quay’s rich Singapore history, the free-entry event will see Clarke Quay transform into a carnival-like playground. Kids and their families can participate in a thematic family scavenger hunt around Clarke Quay with built-in historical and edutainment elements that will bring stories of Singapore River to life for participants.

In line with the festivities, the carnival will feature re-imagined nostalgic local childhood games with a Nickelodeon twist and limited edition Nickelodeon collectibles to be won. Not to be missed are stage games and meet-and-greet sessions with family favourite characters like SpongeBob SquarePants, Patrick Star, Leonardo and Donatello from the Teenage Mutant Ninja Turtles and Chase and Marshall from one of the hottest preschool shows, PAW Patrol.

The first Clarke Quay StreetFest follows Nickelodeon Fiesta, which will feature one of the world’s most famous clowns – Pepe the Clown, who will captivate and entertain the crowd with his inimitable style of tomfoolery. On Wednesday, 15 March 2017, he will be joined by World Champion Unicyclist Jamey Mossengren who will perform daring and death-defying tricks while involving the audience such as leaping over a volunteer on his 12-foot high unicycle – the world’s tallest unicycle act whilst juggling a sword, a club and a torch.

Not to be outdone, don’t miss the chance to watch The Kamikaze Fireflies comprising Rob Williams and Casey Martin who received a standing ovation when they performed on America’s Got Talent, in action. Live entertainment at its very best, The Kamikaze Fireflies combines circus and comedy in an exhilarating 40-minute show involving juggling, whip-cracking, German wheel and more.

The fun at Clarke Quay StreetFest continues with Bruce Airhead – a unique street theatre comedy show featuring the metamorphosis of a man and a six-foot balloon in a surreal, fast-paced and insane performance involving an inflatable balloon.

What is a street festival without an escape artist? Meet Rob Roy Collins – Europe’s top street performer and Guinness World Record Holder for the fastest upside-down escape from a soaking wet straight jacket while being suspended 20m high from a crane overlooking Niagara Falls. Through his street performance, Rob Roy has enthralled audiences around the world with his signature handcuffs and chains escape, earning him the moniker – The Houdini of the 21st century. Watch him escape from chains, ropes and handcuffs at the main stage in Clarke Quay’s fountain square.

A roaming magician, one of the world’s most renowned, Ryan Shadow street magician and illusionist has been featured on CBS, ABC and ESPN. With a style like no-other, Ryan Shadow has entertained countless celebrities with his heart-stopping illusions. Catch him as he takes on and amazes audiences in Clarke Quay.

Comedy lovers are not to be left out at the Singapore Festival of Fun with a diverse line-up of 12 international comedians hailing from Malaysia, Australia, New Zealand, the United Kingdom and America touring the comedy circuit in Asia. Venues such as Warehouse, Maziga, Paulaner Clarke Quay, Crazy Elephant, The Pump Room and McGettigan’s will play host to these international stand up comedians; together with comedy sponsor Magners Cider ensuring audiences have a rollicking good laugh.

Celebrating cultural diversity in the form of comedy, Maziga will be the venue host to a trio of Malaysia’s top comedians on 17 and 18 March. Back by popular demand, from across the causeway are Kavin Jay, Andrew Netto and Sunanda Sachatrakul with their hilarious brand of local comedy everyone can identify with. Audiences can expect to be in stitches and hysterics over Malaysia vs. Singapore type jokes.

Audiences are advised to get their Singapore International Magners Comedy tickets early to avoid disappointment. Entry is free for both Nickelodeon Fiesta and Clarke Quay StreetFest.

With the March school holidays round the corner, the spectacular array of entertainment for all ages in the mix, the Singapore Festival of Fun held at Clarke Quay is set to create an unforgettable experience for families and friends.

Singapore Festival of Fun is organised by Magic Rock Pte Ltd, in collaboration with Clarke Quay and Nickelodeon.

Weekend passport at SGD$30 early bird and SGD$40 at the door for all Friday and Saturday shows only.

I also want to work in an office like this! 🙂 Don’t you? I especially like the slides…
byalvinology 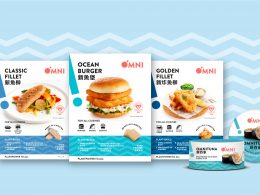 Gardens by the Bay will reopen its ticketed attractions in phases, beginning with Flower Dome on 1 July,…
byIrone Kim