Can we say no to the next Barack Obama?

All eyes are now on Justin Trudeau – the current prime minister in Canada – who actually reminds us of Obama. Well, can we blame him?

First, he swept Donald Trump’s daughter, Ivanka Trump and German Chancellor, Angela Merkel off their feet. I mean, who wouldn’t be besotted with his chiselled face and that honest-to-goodness demeanour? Come to think of it, women are also drawn to Obama in a way we can’t help but to draw similarities between these two fine-looking leaders.

Apparently, we still can’t get over how much we’ve missed Obama since he left the White Office – so much that we are pinning our hopes that there’s another next in line. True enough, Justin Trudeau has proven to be the next Barack Obama and here’s why.

As Obama and Trudeau have shown us, true inspirational leaders share one thing in common – charisma. This hallmark trait is displayed time and time again, as they charmed their way to the hearts of Priyanka Chopra (for Obama) at the White House Correspondents’ Dinner and Catherine, the Duchess of Cambridge (for Trudeau) when she was in Canada. Also, anyone who’s seen their stirring speeches and the way they carry themselves in the international spotlight would agree to this.

The finesse we see in them are one of the finest we’ve come across in our world leaders – leading us to think if looking effortlessly good and immaculate are also a part of the job.

Devoted wholeheartedly to their wives

Nothing says more about a man’s character than the way he treats his wife. Both Obama and Trudeau are not shy in displaying their adoration for their significant other – and how smitten they look with their partner. Doesn’t looking at how madly in love they’re with their other halves reignite your faith in true love again?

Both their wives get hands-on in social change

Michelle Obama, the previous FLOTUS (First Lady of the United States) is a Women’s Right Activist. Not far off the mark from the former, Sophie Trudeau, the wife of Justin Trudeau, also has her hands in female activism. To many, they are influential thought leaders on controversial topics that run a gamut – from mental health to human rights and education. Playing a major catalytic role in enacting positive change in the society, these female figures are indeed a formidable force to be reckoned with.

Speaking at a visit to Perimeter Institute for Theoretical Physics in 2016, Trudeau blew the audience’s minds as he nailed the explanation of quantum physics in laymen’s terms – and this is just the tip of the iceberg. In a recent meeting with the current POTUS (President of the United States), Donald Trump, Trudeau cleverly manoeuvred his way out of a jerky and awkward handshake with the former. Since Trump assumed office, he’s become known for his forceful handshake, sending the signal that he’s the leader of the pack – but Trudeau is wise enough to make a firm statement about that.

Fit as a fiddle

We won’t usually take someone’s words seriously when he or she says that the Canadian Prime Minister has some pretty sick core strength. Upon seeing an incredulous picture of Trudeau doing one of the most strenuous yoga poses ever, we’d say anything is possible. Even Obama’s fitness regime doesn’t come close to that level.

These two have raised the bar for world leaders – and from the looks of it, Justin Trudeau may very well surpass Barack Obama. Perhaps, it’s just a matter of time. 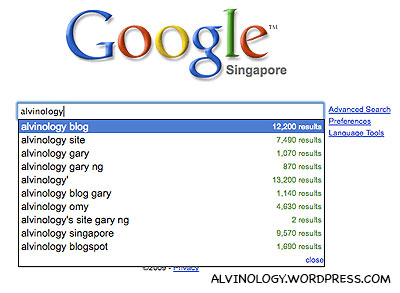 I did a search for the term, “Alvinology” on Google to test out what people searching for my…
byalvinology

Star Wars fans better get ready for the greatest gathering of the Force this 5 May 2018! The…
byIrone Kim