Do you have neighbours from hell? Ifuencer Pek Yi Tsing has allegedly been in a neighbour-nightmare for three years running, according to a Facebook post on August 2. She relates what her next-door neighbours have done to her, which she says includes sexual harassment, disturbance and other nasty behaviour.

You can take a look at her blog post here:

What did they do to her?

According to her post above, she and her family has been harassed by their neighbours on the same floor of their flat. While a few years ago, the young boys were mostly nuisances who blocked the corridors, stairs and elevators, now that they have grown up a little to be teenagers, she says that their harassment has gained a sexual undertone.

One incident a few years ago was allegedly an instance when Tsing’s brother was hit with a football in an elevator.

On her part, she says that the daily verbal abuse she endures includes catcalls, lewd comments, and even dares in their native language to look up her skirt as she walks past. She says that the boys think she does not understand what they are saying, but she does.

Tsing, who has a mother who works in a hawker centre, gets up at 4:30am and is also met with noise and disturbance coming from that particular household.

Here is the full text of her post, edited for clarity:

I spent the last three years being harassed, having my modesty outraged by my neighbours and getting ignored by the authorities. Here’s my story.

For years, my neighbours have been provoking my family and me. My mother, a frail hawker who has to wake up at 4:30am for work, has been greatly disturbed by the noise pollution created by them. Kids running around, teenagers singing loudly. My younger brother was once afraid of taking the lift because the boys threw their football at him.

Little did I know the rowdy boys were just a prelude to an avalanche of problems. As they grew up to become teenagers with raging hormones, they started catcalling me. They hauled me derogatory names whenever I entered or exited the lift. They dared each other to look under my skirt, speaking in Malay, thinking that we do not understand the language.

It is a common occurrence. Every day since the first incident in 2015, I enter my lift in a befuddled state and prepare for the impending deluge of verbal abuse. The surge of fear that rises up my throat as the lift approaches my floor is an everyday occurrence.

If they are not hanging around the lift lobby when I walk out, I wonder when will I bump into them again. Possibly the next day. If they are present, I hurry from the lift lobby to my house, hanging my head in shame and avoiding any eye contact. What am I ashamed of? That I’m a girl, therefore, I deserve to be harassed? I grew afraid of going out or returning home because that meant volunteering to be abused.

I trudged past them again last night, with a look of continual defeat. The verbal abuse and sniggers continued. They knew that I’ve about given up all hopes. It finally dawned upon me that my house is no longer a home I can happily return to.

I’ve had enough of being irascible and irritable by the time I make it to my gates. I detest the fact that the excitement of seeing my mother after a long day has been replaced with me growing increasingly frustrated at her, as if she landed me at my predicament because she picked this estate.

I’m sorry, mommy. I now realise that my mother does not have it easier either. She never experienced uninterrupted rest since the day my neighbours started harassing us. If she’s not worried about them harassing me, her sleep is disturbed by the mob of kids that insist on playing at my corridor dead at night.

If you are a parent, I am sure you know how helpless my mother felt. That her own daughter was getting bullied in a way that is illegal in some European countries yet the town council and policemen would not step in to help. That she, as a hawker, has no means of getting us out of this estate until either I or my brother gets married.

Even my friends who visited are horrified by the image presented to them. My girl friends get harassed as well. No one can bring themselves to believe that this part of Singapore — a fully developed country — exists.

We threatened them with law enforcement and for a while, they stopped. But when they realised it was all but empty threats, they started again. So we stuck to our words and called the town council.

After my first call, they promised to look into it and I was given a number to call lest they create a disturbance again. Nobody picked up the phone when we called in.

The same happened when we contacted the police through the non-emergency number, who said they will be coming in 10-20 minutes to investigate the matter but nobody turned up. Now I see that even civil servants are unwilling to help us.

I only saw a glimmer of hope when I contacted the People’s Association of my area. We set up a meeting during which, they assured me that my MP was concerned. They reassured me that they will be conducting routine checks. Let’s be real here, the noise pollution and harassment happen after office hours. Who would sacrifice their family time to deal with this issue? Still, I placed my trust in them.

They emphasised that I should lie low while they liaised with the town council and police station. Well, it’s been one year since, and the situation has not changed. Not even one bit.

I turned to other options. I compiled a video of the times their siblings/cousins/friends disturbed our neighbours to send to my MP for his perusal. I have attached a shortened, censored version to this post. I censored their faces before posting because these kids, while disruptive, were not the source of my torment.

These are just a few, and the least severe, instances I managed to capture with my phone — all the catcalling incidences went unrecorded because I do not feel safe taking a video with their piercing stares on me. The video was shown only to prove a point: that there was an issue of disturbance and overcrowding. Before you ask, yes, the video clips were taken well after 10pm.

The last straw was this distasteful reply I received from my MP(’s PA, I assume), dripping with sarcasm. It reads:

“You can consider a variety of different possible Court orders if you are of the view that there has been nuisance or harassment or that your neighbours are denying you quiet enjoyment. Since the Town Council or the Police is not an option which you wish to consider, and if you wish to consider your legal options, you can consider consulting with the Law Society for recommendations.”

I refuse to reply to that atrocious email. Consider my legal options? If I had the money, I would not be living in a rented two-room flat. I do not understand how they can’t see that it is not about the peace, but my safety. Why should I feel unsafe in my own neighbourhood? What happened to Singapore being the safest country in 2018?

I could shout something back and pray that it will stop the abuse, but should I take the chance? I am a petite girl — just a little beyond 150cm — and they are a group of guys. Sometimes up to 10 in a group. Forget about whether it’s legal or not to have that many people living in the same house, what are my defences if they were to gang up on me? If I take up self-defence classes, what are my chances of winning a fight? I don’t know, and I’m afraid to ever find out.

I have reached a dead end. I am done. I do not have the intention of intimidating anyone but I have had enough of being ignored. I am sick of being objectified, I am exhausted, I feel vulnerable in my home — my supposed safe haven. I just want to feel safe in my neighbourhood. I want to be happy about returning home to my family. Just once. I sincerely hope it is not too much to ask for.

I want to emphasise that this is not about race — the last thing I want to read are racist remarks. Don’t make this about any race. I just want to know if there are any other options can I consider. If you have connections or solutions, please let me know.

This is a real cry for help, it is truly my last resort. The more shares I get, the higher my chances of it reaching someone who might be able to help, and maybe relevant authorities will start paying attention to my case.

Please, I’m begging you, please share this. It’s been three torturous years, and who knows how many more.

P.S. I know my loud hair colour is inevitably going to be discussed. Saying I deserved to be harassed over my hair colour, a freedom of expression that I deserve, is akin to saying a girl deserved to be raped for wearing skirts or someone deserved to be robbed for roaming the streets late at night. In any case, the harassment started when I was interning for an MNC, which required me to have dark brown hair.

What has she done about it?

Afterwards, she said that she had called on the local PEople’s Association for help, but to no avail as well. They had allegedly sent an email that she consult law enforcement or the Law Society for help.

What is her recourse now?

She says that she is asking for the Singaporean public for help, to share her experience so that someone who can actually help her can reach out to her.

What do you think of this story about neighbours? Let us know in the comments! 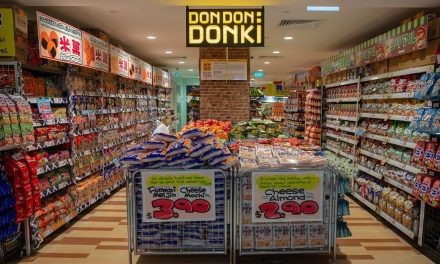 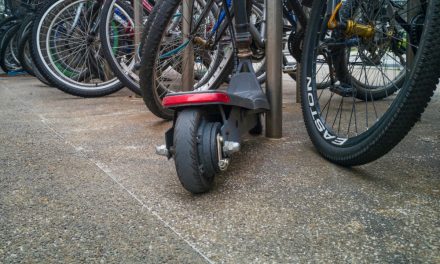