Is Kallang the new Yishun?

In recent months, Yishun popped up in the news a lot in Singapore, usually for the wrong reasons. There seems to be a lot of strange happenings in the area, from murders to cat killers to leaked nude photos.

This month, another heartland estate, Kallang, seems poised to take over the dubious honour as the “Most Happening Estate in Singapore”.

Earlier on 5 Feb, a 57-year-old man died after falling into the Kallang River.

Then, there is that crazy taxi uncle who decided to go fast and furious at the Old Airport Road Food Centre:

Unlike Yishun which started out as a zoned residential estate, Kallang is rich in history, home to several landmarks of Singapore. Some of these landmarks were built along the banks of the Kallang Basin, including the National Stadium as well as the country’s first civilian airport, the Kallang Airport. The famous Kallang Roar and Kallang Wave could have their roots traced to the old National Stadium which hosted several National Day Parades and notable football events.

In 2010, seven foreign workers from Sarawak attacked four victims viciously to rob them of a grand total of S$400 and three cellphones. The cowards slashed and hacked all their victims, leaving one dead, two seriously wounded and one with four fingers hacked off. The victims were chosen at random and have no relation with each other.

In 2005, there was the shocking Kallang Body Parts Murder. Factory supervisor Leong Siew Chor stole his young lover’s ATM card and withdrew money from her account. Then fearing that she would identify him, he killed her and dismembered the body into seven parts.

Let’s see if any more happenings pop up from Kallang over the next few weeks or months. No news is good news and hopefully that will be the case for Kallang as well as the rest of Singapore.

Would you associate sustainable dining with traditional Chinese cuisine? Yellow Pot restaurant at Six Senses Duxton has been…
byalvinology 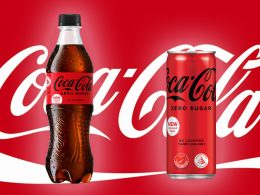 Coca-Cola Singapore is strengthening its leadership in the sparkling beverage category with the unveiling of a new, improved…
byIrone Kim At first, I thought it was a joke or fake news when I read that Singapore comedian, Steven…
byalvinology

Fans of horror movies, are you ready for “GHOST ON AIR”? 你准备好《灵听》了吗？ GHOST ON AIR 《灵听了》is a made-in-Singapore ghost…
byalvinology