If you or your little one likes to learn about space, this is an exhibition not to be missed – NASA – A Human Adventure.

The exhibition will be housed at the ArtScience Museum, Marina Bay Sands, from 19 November 2016 to 19 March 2017 and is described as the most comprehensive and extensive touring space flight exhibition in the world. The exhibition displays a collection of over 200 historically significant items from the U.S. and Soviet Union space programs. The exhibits are all original and space flown objects or high fidelity replicas and scale models.

As you walk into the exhibition, the tour follows the story of space travel, starting with the Dreamers gallery, followed by the GoFever, Pioneers, Endurance and Innovation galleries respectively. This gallery focuses on the all-important dreamers, the first geniuses to document their great visions about exploring space, which include many writers and artists. The writers were able to create breath-taking stories that often went on to resemble the future of space exploration with astounding accuracy. The artists depicted space in such an inspiring and intriguing way that it sparkled a broader public interest in space travel. Most importantly, these dreamers were instrumental in motivating many gifted people who later went on to make space travel a reality. In the late 1950s, scientists and politicians in the Soviet Union and the United States competed fiercely to perform firsts in space: to launch the first satellite and send the first human beyond the Earth’s atmosphere. The confrontation between these superpowers, and the 1957 launch of Sputnik, the first man-made object to orbit the earth, resulted in what we now know as the Space Race, an extraordinary timeline of consecutive one-upmanship that produced some of history’s greatest achievements in space. The Pioneers gallery is dedicated to the genius rocket scientists and engineers who made the ambitious dreams of space travel a reality. This gallery shows the amazing and swift evolution of rockets: from the first German V-2 all the way to the most powerful launcher ever successfully used, the Saturn V. Get a chance to take a closer look at real rocket engines and a large scale model of Saturn V moon rocket. Ever wondered what it is like to be on a space mission? Space is a hostile environment. Space travel requires a great deal of physical and mental endurance, along with no small amount of ingenuity. Moreover, surviving in space requires special equipment and skills. The Endurance gallery showcases the high-tech equipment and clothing used and worn by astronauts close up. It also includes special foods eaten on space missions. One of the highlights features the most challenging type of space mission, the Moon landing. As the space missions became more daring and lasted longer, new ideas and technologies were required. This ranges from the pioneering equipment and space crafts used in the first space flights to complex advanced assemblies like the Space Shuttle and International Space Station. Gallery highlights include Mercury, the first American manned spacecraft; Gemini, that enabled practicing the advanced manoeuvers required for the Moon landings; and Apollo, that carried the first humans to the Moon and back.

For those who like thrill rides, you can try out the G-Force – Astronaut Trainer Ride for an additional S$10 per ride. During the ride, let astronaut and test pilot Gus Grissom be your guide as you go on the famous Mercury Liberty Bell 7 flight, the second in a series of successful U.S. manned suborbital flights in 1961. I brought my five-years-old son Asher to visit the exhibition and both of us found the tour educational. I was able to share the concept of space with him and teach him some of the science behind space travel.

For the little ones, other than interactive exhibits to engage their attentions, there are also free stencil stations at each of the galleries for them to work on their own space artworks to bring home: Space travel is something that fascinates most of us. We know it’s existence, but only a select few in the whole world gets to experience it – and the world that we know is actually much bigger than we imagine. There are so much more out there that we have yet to discover, explore and learn.

Go learn something about space travel at this exhibition. There is a special promotion for the Lunar New Year whereby everyone gets to purchase tickets at child price:

This Lunar New Year, let your childlike curiosity reign and go on a journey of space exploration at a special price! Starting 28 January, everyone enjoys the exhibition at the Child price of S$11 per ticket (U.P. Adult S$25), so gather your family and friends both young and old for the space expedition of a lifetime.

Located at the newly launched One Raffles Place Mall in the heart of the Central Business District, JBM…
byalvinology Another Star Awards means another funny set of photos from red carpet fashion roaster Dennis Lim. If you…
byDanielle Ann

Singaporeans have the most powerful passport in the world–wait, when did this happen?

Take out that passport from your wallet and take a good look at it, because you’re holding the…
byStaff Writer 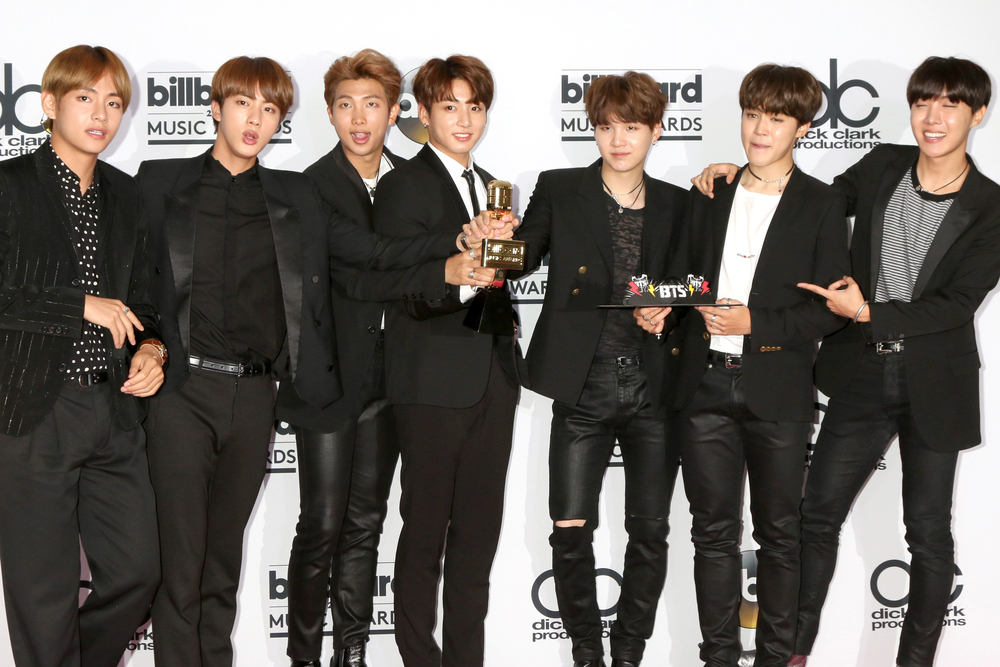 Twitter is the best place for Kpop fans to see what’s happening and to join in trending conversations…
byStaff Writer
Power up your child's learning with Geniebook.
Sign up for free demo
This is default text for notification bar
Learn more