Have you heard of KKBOX?

If you like Asian music, particularly Mandopop, you should get to know this awesome streaming service which had been in the market since 2004 as the “Spotify for Asian music”.

Actually, KKBOX is older than Spotify which was launched only in October 2008 and is a pioneer in online music streaming.

KKBOX targets the Asian market, focusing on regions like Taiwan, Hong Kong, Malaysia and Singapore. Working on a freemium basis, both “pay-per-month” buyers or free service users can listen to over 20 million tunes on KKBOX.

KKBOX caters mainly to Chinese users by collaborating with record companies in the Chinese music industry. Major companies like Gold Typhoon, East Asia Music are some of their partners. KKBOX also has close links with Taiwanese artists, and mainstream Mandopop artists like Jay Chou and Mayday.

In 2014, GIC, Singapore’s sovereign wealth fund, invested USD104 million in KKBOX to fund the company’s overseas expansion, as well as refine its technology and service.

Every year, KKBOX will hold the annual KKBOX Music Awards, one of the most influential event in the music industry in Taiwan and across Mandarin speaking region in Asia. The event not only indicates mass market and public opinion trends, but also captures the pulse of Chinese popular music:

One of the highlight for the night was an explosive collaborative performance by JJ Lin and Mayday to pay tribute to the late George Michael, David Bowie and Prince: Here are some pictures taken at the event:

Stay tuned for our next post for more event pictures and coverage on the awards night.

On the night before the awards, KKBOX also hosted a Before Party- Electronic Night Out as a warm-up activity to ram up the hype and buzz.

The music line-up for the Before Party include popular mandarin and international tracks featuring EDM by well-known DJs from Taiwan such as Machi DiDi (麻吉弟弟), DJ Cookie and DJ Noodles, as well as a pair of famous DJs from Poland and Germany – Diamonds DJs:

Not using KKBOX yet?

Now you know why you should get started!

We have started using it and already embarked on building our first personalised playlist. 🙂 In a video posted on The Straits Times, Grabfood couriers who are also personal mobility device (PMD) users…
byDanielle Ann 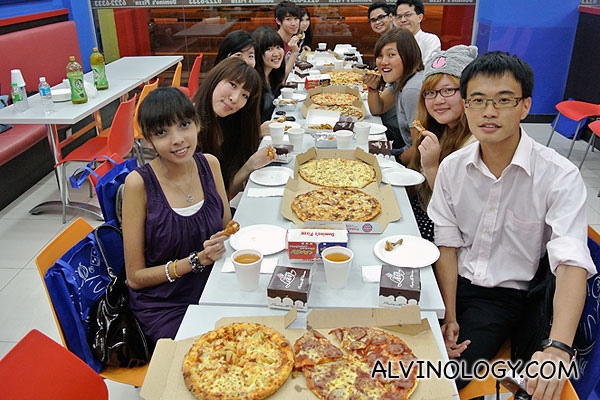