If I get a dollar for every story I hear about rude airport security staff, I will be a millionaire now. While complaints are many, most people do not bother to confront the rude security staff directly or file an official complaint to the respective supervising bodies. Most of the time, we just suck it up.

I understand the importance of heightened airport security due to global terrorism threats, but I don’t think it’s an excuse for airport security staff to wield unvested power, including the rights to be downright rude and unprofessional.

The trigger for this rambling post is due to a nasty encounter I had at Changi Airport recently with a Certis Cisco airport security staff.

Let’s call her R. After passing through the departure door at terminal 1, I was randomly selected to do a bag scan through the x-ray machine before I proceed to scan my passport to clear immigration.

This is fine. I fly frequently and had been made to go for such bag scans many times, particularly when I am carrying a large bag or when traveling alone.

The bag I was carrying was a large red bag. After the bag passed through the x-ray machine, R shouted at me to open my bag and take out a “round container”.

I was puzzled because I know what’s inside my bag and there is definitely no round container. Nonetheless, not wanting to create trouble, I opened my bag and dug out what I think looked like a round container to me – a tube of hand cream and a hexagon-shaped hair wax container.

R shouted at me again impatiently and with a sarcastic tone, “you don’t understand what is a round container is it?”

I said I do and I do not have anything round in my bag. She looked really angry and ready to explode – till another guy behind me proceed to open a similar red bag and produced a round container.

Apparently, R mixed up my bag with the guy behind me.

She then proceed to talk to the guy and totally ignored me, pretending that I didn’t exist.

I think the least she could have done after her mistake and her rude behaviour was to just say sorry. I glared at her and she avoided eye contact. Then I confronted her and said that I think I deserved an apology.

“Why?” She replied in an irritated tone.

“Because you shouted at me”. I replied.

“I shouted at you because you cannot hear right?” She replied impatiently, waved me away and pretended to be busy.

I tried to reason with her that she had made a baseless accusation against me with regards to having a “round container” in my bag. She did not reply and just ignored me.

I told R I would like to file a complaint against her and asked her how I could do so. She continued to pretend to be busy and ignored me.

I usually would have let this go. It’s a minor incident really, but this time round, I felt that I should not let it go because R would be getting away with her rude behaviour.

I proceeded to do so and filed an official complaint against R. It was not as hard as many would think. The counter staff politely handed me an iPad, whereby I filled in a survey form, followed by a documentation of my complaint. Two hours later, I received an email from Changi Airport stating that they will get back on my feedback.

Next time you encounter a rude airport security staff like R, don’t be intimidated. Take down the person’s name and file an official complaint at the information counter.

I have been through many security checks at different airports around the world, including full body and luggage checks at airports in the United States, as well as an interrogation for close to an hour at Ben Gurion Airport in Israel. The security staff were firm and professional, but never rude like R. She is really one of the worst I have encountered and it saddens me if foreign visitors have a tarnished impression of Singapore because of a bad encounter with her.

Just like we would write commendation letters to highlight outstanding service staff, I think it’s fair we file complaints on the bad apples too.

Hence please do your part to ensure Singapore’s Changi Airport remains competitive as one of the best airports globally. If you encounter any rude airport security staff, do not be afraid of them. Take down their name which is visible on their name tag and file an official complaint. Do not quarrel with them or get into any conflicts with them, giving them an excuse to detain you for “security reasons”. Instead, stay calm and polite throughout and take action after.

Just don’t let it go because of the perceived hassle to file a complaint.

According to a report, 22-year-old Tan Hong Sheng has skipped his trial for no apparent reason and has…
byDanielle Ann 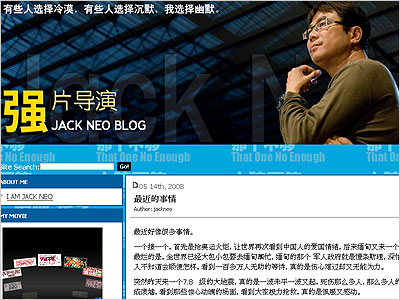