Time really flies and dilutes sentiments as it goes along. I still remember how angry some of my friends were when News Feed was just introduced. People are always reluctant to embrace change, but time washes away memories.

When Facebook launched, it was during a time when there were technology/social media norms. Profiles were popular on social networks. Who still remember Friendster?

The team at Facebook noticed that people were manually searching for and looking at their friend’s profiles to get updates on their lives. So the team decided to break the mould, and introduced one of the first ever feed-based models with News Feed.

News Feed was the first feed-based window into the lives of our friends, family and the world around us — using many formats and tools to communicate in diverse, immersive ways including:

Like button (2009): One of the first times users on any site could express that they like, enjoy or supported certain content — changing the way people interact on sites Reactions (2016): Every day, people use Facebook to discover what’s happening in their world and around the world, and to share all kinds of things, whether that’s updates that are happy, sad, funny or thought-provoking.

Immersive Story Formats: News Feed has so many immersive ways to ‘be in a virtual room’ with all of the friends, family, businesses, and public figures you care about. When we use our phone to watch live video from a protest on the other side of the planet, or share a photo with a group of our friends, we are participating in a global network that connects us to people and information.

Community groups and companies, public figures and politicians, media and people have adapted to using Facebook to engage in the causes and conversations that matter to them.

Over the past 10 years, News Feed has played a part in several historical events. Some of the most talked about moments in the past two years include: JBL Synchros Reflect earphones a godsend for all gym hitters 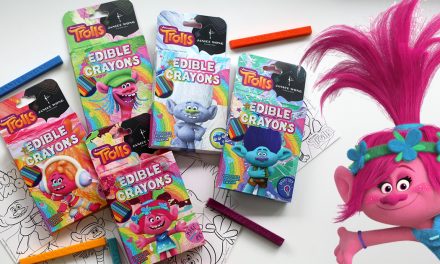 These Trolls Crayons are safe for children, edible, and each comes with unique flavours