This is the first time Phelps was beaten in any swim events in this Olympic games and Schooling was also the only swimmer who swam under 51 seconds, setting a new Olympic record for the 100m butterfly, leading all the other swimmers by a comfortable margin.

To add, this is also the first ever Gold medal Singapore won since the founding of the nation in 1965.

What an amazing achievement!

If next time someone tells you Singapore “cannot make it” for anything other than financial successes in the world stage, school them about Joseph Schooling, the boy who did what many deem as mission impossible.

I think all of us got schooled in Singapore this morning by Joseph Schooling and here are seven valuable lessons we can learn from him.

Thank you Mediacorp for securing the live telecast deal last minute and to all the sponsors who contributed to the financial viability of the Olympic television broadcast.

At the age of 6, Schooling told his parents he wanted to be in the Olympic Games. In 2008, Schooling met his idol, Michael Phelps, shortly before the Beijing Olympics that made the American swimmer a household name. In 2016 at Rio, Schooling beat his idol in pool.

Schooling’s achievement also did proud for Southeast Asian athletes. He is the first Southeast Asian male to win a medal since Philippines’ Teofilo Yldefonso won bronze in 1932 in the 200m breaststroke. It is the third-ever medal and best finish by a Southeast Asian swimmer.

At the 100m butterfly event today, Schooling was the shortest among the eight finalists, but that did not stop him from beating them all, against all odds.

The swimming events are traditionally dominated by powerhouse sporting nations, either with large population like China or strong sporting support and foundations like Australia and America.

Schooling came from a little red dot of a country with a population of just 5.8 million and achieved something which everyone thought was impossible.

The world took notice of Joseph Schooling after today.

When young Schooling decided he wanted to be in the Olympic games, he put his words into actions and started training early.

Based in Austin, Texas for the past year, a handmade sign hung on the archway in his apartment there. On it, the phrase “Remember Why You’re Here” runs across the bottom in red, bold and capitalised letters. Above it, the numbers 50.1 and 1:52 flank an image of the Singapore flag and the Rio 2016 logo.

“Those are the times he has to do at the Olympics to [finish on the] podium,” shared Schooling’s father, Colin Schooling, in an interview with Yahoo! News.

“So he reminds himself day in and day out; before he sleeps and before he gets up, he looks at it as a constant reminder of his journey.”

Schooling was always focused on what he wanted to achieve.

The same story applies to the tattoo on his back.

The tattoo design was drawn from the Texan Revolution, an 1835 tale that tells of a cannon some Mexicans gave to Texan settlers, who later refused to return it. Instead, the defiant denizens taunted their benefactors with a flag that said, “Come and take it”.

“That’s basically how I race, my mentality. It reminds (me) to train hard every day, don’t take anything for granted, to race hard… it takes you back to your roots.

“I’m never going to give up, I’m never going to let someone beat me that easily. If they want to beat me, they’ll have to do something extraordinary.” Shared Schooling in an interview about his tattoo with the Straits Times.

Parental and family support are important

Joseph Schooling’s parents are equally important to his success today, having supported his decision to enter the Olympic when Schooling was just six years old.

Most other pragmatic Singaporean parents would probably just brush off such a lofty aspiration and asked their children to focus on more ‘tangible’ stuff like studying hard to earn a government scholarship. Not Colin and May Schooling.

During a family holiday in Ipoh, Malaysia, Colin was woken up one night by his son. His son reminded him they had to go for swimming training.

“I realised that this is a special boy; which seven or eight-year-old boy wakes you in the morning at 4.30am to ask that? From that day, I took my son seriously.” Recounted Colin in an interview with Yahoo! News.

Colin and his wife, May, decided to groom their only son to the best of their ability, going so far as to ensure he had access to swimming facilities to train during every vacation they took during his childhood.

Later on, they would send their son to the famed Bolles School in America to train under renowned swim coach Sergio Lopez and then the University of Texas to chase his Olympic dream.

Colin’s parents famously negotiated for their son’s long-term deferment from National Service in 2013. It was a groundbreaking move that saw Joseph Schooling become the only Singaporean athlete to ever be permitted up to three years of undisturbed training.

There were some who argued against it. The debate ends here.

Joseph Schooling totally deserved it and I think the government should be convinced by now that more Singaporean males should be given the same deferment in order not to break their strides during the most important formative years for athletes.

Now, please do not touch him until after the Tokyo 2020 Olympic games! The best is yet to be from Joseph Schooling!

Local sporting talents can be better than foreign imports

This is not about dissing the achievement of the imported foreign athletes competing for Singapore, but rather, a need to recognise at the highest level of government in Singapore that our local sporting talents can be just as good, if not even better than our foreign counterparts, as Schooling had demonstrated.

It is disappointing whenever I read stories like that of Saiyidah Aisyah, our national rower at Rio 2016 who finished a respectable 6th in the single sculls quarter-final, having to crowd fund her way to the Olympic games.

Imagine how much more Aisyah would have achieved if she had better institutional support from our government.

With Schooling’s win, I hope our government would now have more faith in our own people and invest more in our own.

Trust me, it is a different feeling altogether seeing Joseph Schooling on the winner’s podium singing our national anthem compared to the Singapore’s women table tennis team in London 2012.

Eurasians are born and bred in Singapore too

There were some goons who questioned if Joseph Schooling was an imported foreign athlete because of his surname.

His father, Colin Schooling, quickly dispelled that ridiculous rumour with his fluent English, Malay and Hokkien.

“My grandfather was an officer in the British army. He came from England and married a local Portuguese-Eurasian.

“But I was born here, so was my father. I see these comments many times on Internet forums. They say Joseph’s father is an ang moh.

“I say, don’t forget Eurasians are part of the Singapore population. “The most important thing is we know who we are and what we are.” Shared the senior Schooling in an interview with the Straits Times.

Joseph – his only child – was also born in Singapore.

Remember your primary school textbook and Racial Harmony Day? The four races in Singapore are classified as “Chinese, Malay, Indian and Others (CMIO)”, with Eurasians grouped into the “Others” category.

One country, one nation, one Singapore yeah? 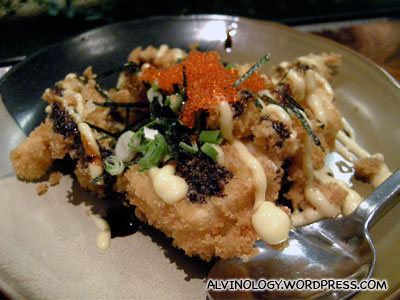 Located in Wisma Atria, Food Republic, this little sushi bar is a gem for quality Japanese food at…
byalvinology 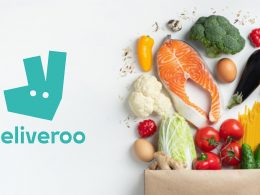 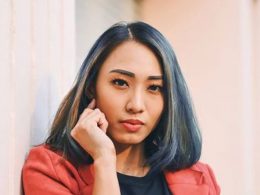