I am here in Hong Kong with my family for this and will be visiting the exhibition over the coming weekend.

The Smurfs, the classic Belgian cartoon and comic-strip created by the Belgian comic artist Peyo in 1958, constructs a boundless harmony and paints the ideal world in miniature. This summer, led by Papa Smurf, the Smurfs embarked on an Asian Art Tour to convey their beliefs in harmony without boundaries. Their first port of call will be Harbour City in Hong Kong! Just for the exhibition, the Ocean Terminal Forecourt of Harbour City will become an enormous “We’re All Smurfs!” village where visitors can take lots of photos with the Smurfs.

Other highlights include an exhibition featuring 36 precious original works of Peyo, as well as a 4-metre high giant Smurf greeting us up in the air, together with a display of eight classic comic scenes of The Smurfs in Gateway Arcade.

Smurf fans can also collect the Hong Kong Special Edition Smurf figures and premiums from all over the world: Kids can also attend The Smurfs summer school to learn different skills and to get various Smurf certified badges.

The Smurfs, the three apples tall little blue elves, are enjoying a self-sufficient and restful life in the Smurfs village to achieve their beliefs in harmony without boundaries. With mushrooms as shelters, Papa Smurf will use his secret magic potion to transform the Ocean Terminal Forecourt of Harbour City into an enormous “We’re All Smurfs” village so that everyone can literally enter the world of The Smurfs.

35 Smurfs at 1-metre-tall are living happily in “We’re All Smurfs” village in Harbour city.

We can find different Smurf characters, like Smurfette, Lazy Smurf, Clumsy Smurf, and Painter Smurf in the village. We may also enter the tallest building in the village, a 6-metre-tall gigantic mushroom house, where we can learn magic spells under the guidance of Papa Smurf and play interactive games with other Smurfs. On the other hand, Gargamel and Azrael have also followed The Smurfs to Harbour City and are trying to create havoc in the village! Let’s help our dear friends, The Smurfs, to protect their village together!

World Premiere of original artworks at “The Smurfs House of Stories”

Despite first appearing as a sidekick in “Johan & Peewit”, another comic story of Peyo, the Smurfs caught the attention of numerous readers and won over their hearts, eventually being granted their own adventures in comics, cartoons, even 3D films. This summer, the secret of The Smurfs’ worldwide fame in the past 58 years will be revealed in “The Smurfs House of Stories” hosted at the Gallery by the Harbour. 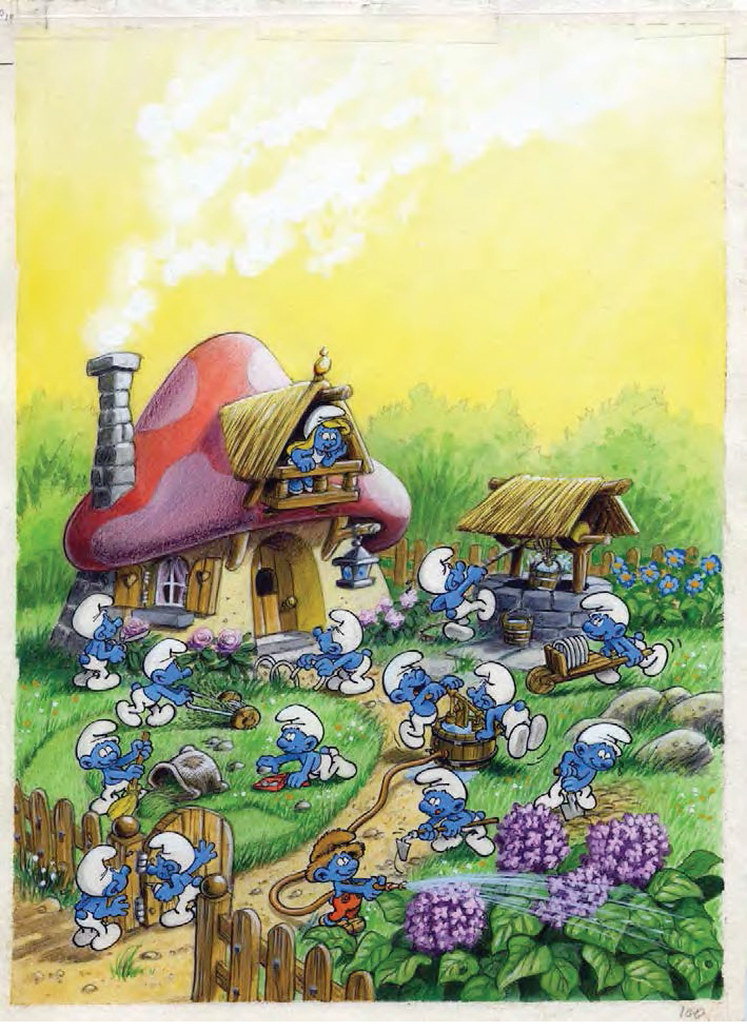 In The Smurfs House of Stories, we will pay homage to Peyo, the genius storyteller, revealing aspects of his extraordinary life and talent. Peyo’s studio will be re-created for this major retrospective, showcasing Peyo’s precious original works, escorted by hand from Belgium to Hong Kong. These rarely exhibited materials include the original copies of The Smurfs comic-strips, original plates and illustrations and the original film of the first ever Smurfs film in the cinemas. 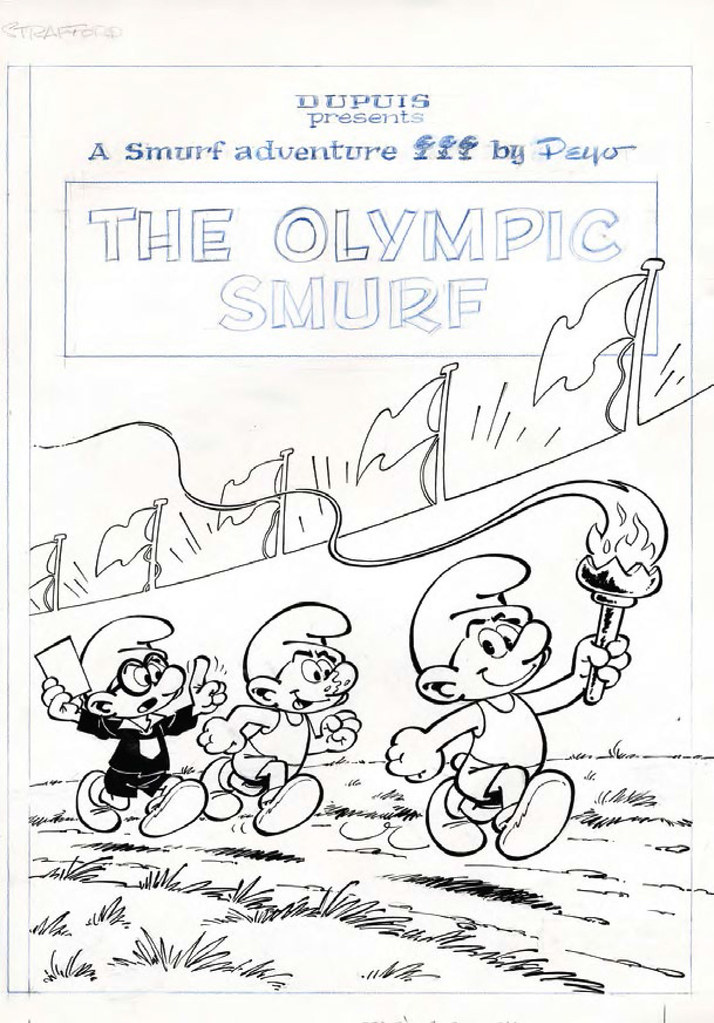 The original works are exhibited to the world publicly for the first time ever, unravelling Peyo’s ideal world and narratives through the stories, lives, appearance and language of The Smurfs. Videos on how to draw a Smurf and documentaries on the birth of The Smurfs will be also available, so that while we appreciate the artistic values of The Smurfs, and we may also know more about the stories and beliefs behind the creation of The Smurfs.

Belgium, home of The Smurfs, has always been known as the shrine of European comics. The Smurfs went on to become one of the most appreciated comic-strips from Belgium. In order to allow visitors to have new excitement of the classic comic-strips of The Smurfs, Harbour City has invited two renowned Hong Kong miniature artists Tony Lai and Maggie Chan to create models based on the key elements of eight 1:1 comic-strips of The Smurfs, leading us through the passageway where the comic world and the reality converges. The artists will also add various visual effects in each model.

“The Smurfs Rarities Collection” Pop-up Store will be opened at the Atrium I of Gateway Arcade, with a giant 4-metre- high Smurf flying in the sky to greet the visitors. Several limited-edition collectibles, specifically those produced for this Hong Kong tour, will be available in the pop-up store during the exhibition.

Apart from these high-end collectibles, the pop-up store will also have toys and other items, including little Smurf nightlights, talking Smurfs, heartbeat Smurfs and mini Smurf village. Many other Japanese and European home accessories will be available for sale in Hong Kong for the first time alongside with Hong Kong edition t-shirt, so there must be something for everyone.

Every Smurf has its own characteristics and talents. Harbour City will open The Smurfs Summer School and teach kids different skills, including farming, drawing, magic performance, etc. Kids can get the badge of each skill and attend the graduation ceremony to become one of the Smurfs!

In celebration of the Hong Kong exhibition in Harbour City, The Smurfs sincerely invite you to spread the love and care to every corner of the world. The Smurfs will work with UNICEF again after their collaboration in 2008.

This time the Smurfs will launch the “Yes I Smurf!” UNICEF x Smurf Figure Global Charity Sale in between 13 July and 21 August 2016, the public can pre-order the Figures online and the fundraising mechanism will be activated if the number of pre-order Figures reaches 5,000.

All proceeds from the sale of the Figures after deducting cost will be donated to UNICEF (Belgium) to help children living in poverty. The mayor of Osaka, Japan, is currently facing some backlash after stating that men would be the better…
byAngeline Rodriguez In Singapore, we have salted egg yolk crabs, cookies, potato chips and just about everything. There is no…
byalvinology