Are you going to the races this weekend? Singapore Grand Prix discounts, exclusives and great deals are sure to overflow during the weekend.

If you’re still deciding where to stay, figuring out where to park or just what to look forward to in terms of fun aside from the heart-stopping races, read on: The Mandarin has a great staycation package that comes with buffet breakfast or dinner and tickets to prime views of the races. Take a look at the details here.

Boudoir Blanc is having an adults-only party filled with international acts, VIP treatment and some of the best food and beverages in the country. See the details and book your tickets at this website.

On the evening of 13 September, just before F1 festivities officially commence, Heineken will take over the iconic Lau Pa Sat to host a first-of-its-kind fashion showcase celebrating Singapore’s newest designers with a guest appearance from a former top racer. Catch Macy Gray at the Ritz Carlton ballroom and be entertained by Formula 1 Legend and former Ferrari F1 Driver Giancarlo Fisichella who will be DJing on September 15.

Calvin Harris, Ariana Grande, Duran Duran, George The Poet, Lianne La Havas, OneRepublic, Seal and The Chainsmokers will also be performing. Access to Calvin Harris’ performance is included with any three-day race ticket (from $298) or any Sunday single-day ticket (from $198).

Visitors of the Formula 1 night race can also participate in an exclusive edition of the popular behind-the-scenes tour of the Marina Bay Street Circuit. For the first time, the tour will feature a part of the Temasek Suite, an exclusive hospitality suite that hosts dignitaries and foreign ministers of state during the race weekend annually.

Tour participants will also hear from key Singapore GP representatives and gain access into restricted areas such as the team garages, podium and race control room. Each tour lasts approximately 1.5 hours and costs $5 per participant, with proceeds going to the Community Chest. Registration is on a first-come-first-served basis and is open exclusively to Singapore residents.

Situated in the heart of Singapore’s Civic District in front of the Victoria Theatre and Concert Hall, the Circuit Park’s 10th grandstand – the Empress Grandstand – offers views of the cars slowing down between Turns 11 and 12 of the Marina Bay Street Circuit before entering the Anderson Bridge.

Fans who purchase the Mercedes-AMG Petronas Motorsport Experience Package will be invited to an exclusive event hosted by the Brackley-based team at the Singapore Formula One Paddock Club on Thursday, 14 September with key team members and enjoy a gastronomic spread at the Silver Arrows VIP Hospitality Suite. Tickets are at $1925++. Where to park for the Singapore Grand Prix (protip: you shouldn’t)

Most motorists park their cars at carparks in the following:

Members of the public partaking in F1 festivities can look out for Heineken branded HiPPO buses to enjoy complimentary shuttle services to hot spots around the race track. Available across the F1 weekend, on 16 and 17 September 2017, from 5pm -12am. Buses depart every 20 minutes:

What are your plans for the race weekend? Let us know in the comments!

All prices in SGD 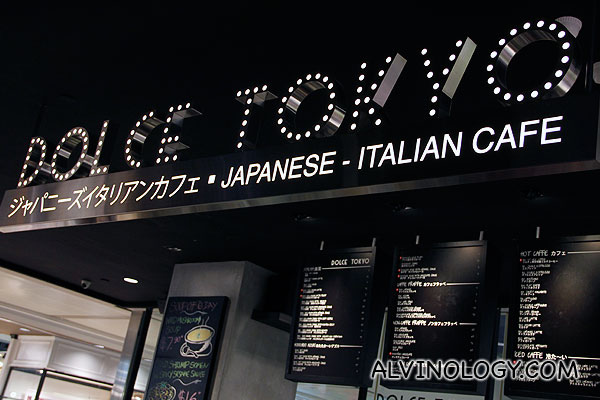 A new japanese-italian cafe, Dolce Tokyo, has just opened in 313 Somerset recently. The cafe is owned by…
byalvinology 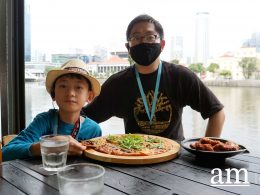 In collaboration with Singapore River One, the precinct trade association for businesses around Singapore River, home-grown tour company,…
byalvinology