Here’s what happens when you ignore clutter

I’m a fine one to talk about clutter. Anyone who has visited my home before will know about the piles of stuff which somehow manage to accumulate in my living room – bills, boxes, documents, bags, and of course, toys.

That’s just the human stuff. If you consider the cat and what needs to be done for her, well, sanitary needs, you’d see immediately what I mean when I say that some kind of clutter just can’t be allowed to build up.

Cats are very finicky creatures. If Amber (my 11-year-old marmalade tabby) sees that her litter box has not been cleared, she’s not going to use it properly the next time she needs to use it. And that spells trouble for me because there’ll be double the work when I eventually get to it!

Speaking of icky tasks, here’s one that’s super yucky, but has to be done:

Anyone who has had to do the dishes will know what I am talking about. Those who hate doing dishes, or do it rarely, will often omit this step of clearing out the remaining debris from the sink filter because you know you will have to touch it with your bare hands. Am I right?

But I know I have to do it, otherwise those bits will end up as supper to cockroaches, ants and lizards in the middle of the night. As if the kitchen sink were not a magnet for bacteria and germs by default! For those of you who try to squeeze those food bits through the filter and down the pipe so that you don’t have to touch garbage – all those deposits are going to build up in the pipe and it won’t be pretty when you find that you need to remove the clog.

Actually, the same logic applies to a car’s engine.

When you use cheap petrol over a long period, gunk in the form of carbon left behind as a by-product of air and fuel combustion can collect around the pistons and valves of your engine. Spongy in nature, they sop up petrol and cause slower acceleration, as well as reduce the power delivered to the wheels. Now that’s one form of clutter you shouldn’t allow to build up inside your precious car engine!

Shell V-Power Nitro+ keeps your car’s engine clean in the long run with regular use. Its new formulation is designed to defend your car’s engine against gunk and corrosion, to prevent the build-up of power-robbing inlet valve deposits and help remove any gunk that have been left behind by other fuels. It is also designed to form a protective film on metal surfaces of key components, decreasing the corrosion rate of your car’s precision fuel system.

What it means is that your engine can breathe easily and burn fuel more completely, restoring engine performance with every fill. Now isn’t that great? You don’t actually have to get your hands dirty to get your engine clean.

Visit here to find out more about Shell V-Power Nitro+ and how it protects your engine from gunk and corrosion.

Singaporeans are getting enough, but unsatisfying hours of sleep, study finds

Singaporeans are sleeping more on average, getting 7 hours of sleep per night (vs 6.4 hours in 2019)…
byIrone Kim

There is surprise at the cinema box office, with a tale not as old as time, Dreamworks’ The…
byalvinology 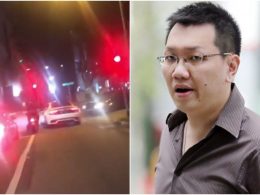 Huawei lights up Singapore buildings with square icon, signalling the arrival of the HUAWEI Mate 20 series