A lot of us in Singapore have been through this – getting invited to Chinese wedding banquets of friends whom we are not even remotely close to. If you accepted the invitation and turned up to find there is no seat for you at the reception after you have given your ang pow, what would you do?

This happened to a blogger in Singapore and soured her friendship with the bride, a fellow blogger.

Full details below as contributed by Vet Leow, after we got her permission to replicate her Facebook rant on the whole incident:

Last night, I attended the wedding of E and S on the invitation of E exactly one month before her wedding. I met E in a food tasting event last year and so far, we have only met twice and kept all our communications online. Therefore, I would not say that I am very close to the bride.

Out of the blue, she invited me to her wedding one day and I was a little surprised. However, out of politeness and pure goodwill, I attended their wedding at Marina Bay Sands Ballroom, which I had promised to attend (alone).

On 3 April 2016, I approached my assigned table in the ballroom and was shocked to see that the table was already full and there was no empty seat for me. The table was reserved for 10 adults + 1 child and the child was already sitting in the baby chair.

I told a waitress who happened to be passing by to get me another seat but did not received a reply from her. I only know 3 other bloggers at that table and stood there briefly for some awkward moments. I spoke to Melissa for a short while and then she continue her conversation with another person. The other guests at my table just stare at me as I stood there and at that moment, I suddenly felt embarrassed standing there without a seat, like I am imposing my presence on them. I had thoughts that the host had not catered a seat for me. Being a reserved and quiet person, I decided to leave quietly without creating a scene, which was totally in my character.

That fateful night, instead of receiving an apology about the oversight of the hotel staff or her poor planning, I received a tirade of verbal insults from E reprimanding me for my bad attitude in walking off from her wedding and demanded that I apologise to her instead. She added that she would definitely not apologise since she has done no wrong.

I politely told her that when any guest take the time to attend a wedding, they want to be treated with respect and told her to put herself in my shoes before passing any hurtful remarks.

I felt that it would be kinder and more civil if she were to say “Let me give you a treat next time and sorry for what has happened” as damage control, instead she choose to use hurtful words to start a full blown attack on her poor guest.

E said, “I don’t know why you did what you did. Honestly speaking, it didn’t reflect very well on you and you could have just checked with us before walking away like that. You held a wedding before too so I am sure that you do not count babies as a GUEST right?”

E continue to attack me by saying that I mind the child eating my share of the food and taking my rightful seat when my name was already written in the guest list. I simply could not fathom why a poor child has to be brought into the argument when I was merely telling her that I do not have a seat.

E pressed on relentlessly and asked why didn’t I approached her or the manager to request for a seat?

My reply to E: I explained many times to her that nobody in their right frame of mind would approach a busy bride preparing to do march-in outside the ballroom just for a seat?

I explained countless of time to E without avail that I was not a close friend of hers and so when there wasn’t a seat for me at the table, the thought of being left out just crossed my mind, naturally.

I am sure if E was a close friend of mine, I would have badgered the manager non-stop for a seat and make sure I sat throughout the entire wedding!

E wanted to return me the Ang Bao (red packet) and graciously, I told her she could keep the blessing. However, she retorted that she would just donate it to a charity on my behalf!

The next morning, the attack on my dignity continues.

E said, “So come on, please save yourself some grace. You didn’t handle it properly and now you wish for an apology?”

“A full table means someone else had taken your seat by sitting there and you ridiculed yourself by letting them sit there while you walked away, then you blame the host for it!”

E suggested that I should asked everyone on the table WHO has taken my seat just like what you would do in a cinema when someone has taken your seat! This is the most ludicrous suggestion I have ever heard!

Perhaps, the most ironical last words that E said to me were these before we stop all form of communication, “I was told to choose my guests carefully and now I fully understand….”

Seriously, I have heard of people going for weddings and did not give an Ang Bao (a few people even did that for my wedding), I have also heard of people saying they would come but was a no show at the last minute.

But have you ever heard of anyone who attended a wedding, give a red packet and blessings to the couple and left without even taking a sip of water?

I do not mind if any hiccups in planning has occurred during the wedding which was very common but what I do mind was the after-treatment and full blown attack I received after the wedding.

In retrospect, I could have given E an excuse and said I could not attend her wedding or just do not show up at the last minute which would be so much easier, but I honoured my words even though WE were not that close.

A simple sorry from the beginning would have suffice to save the relationship but instead, what I have gotten were continuous insults, severe provocations and harassment on her poor guest who has after all, taken a Sunday evening to attend a friend’s wedding.

Note that the incident is retold from just one side of the two parties involved. If E has a response to this post, we will be happy to publish her account too.

[Update – 6 April 2016] – E has contacted us with her side of the story and we had published her account in full. Read it here. 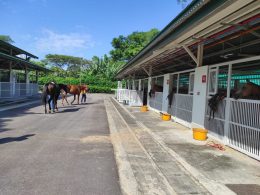