Polls: Singaporeans are concerned about job security. Are you one of them?

With the newspapers reporting slow growth in Singapore, series of mass retrenchments and worries about job prospects for locals, how safe do you feel at your job? Are you worried that you won’t be able to find a job if you get laid off?

Or on the other hand, maybe you’re bored of doing the same thing every day. Maybe you’re damn good at your job, but you’re wondering if you could be good at something else too. Or, you could really hate your job. It’s what your degree or diploma prepared you for, but like being trapped in a bad marriage, you wonder why you chose to go into this field in the first place. And you wonder if it’s too late to make a switch.

If we’re lucky, we might get some help from the Government in this year’s Budget.

A little known fact is that before the Budget is announced, some organisations and associations actually put together their own sets of recommendations that might help their communities for submission to the Ministry of Finance for consideration. This includes organisations like the National Trades Union Congress (NTUC), the Singapore Business Federation and the Association of Women for Action and Research (AWARE).

Interestingly enough, part of this year’s recommendations from the NTUC came from a group of ordinary youths who started a ground-up initiative (GUI) to collect Budget suggestions that would benefit young workers in Singapore.

The GUI was spearheaded by the SGwhisperers – a group of six activists who attended Young NTUC’s past dialogues and roundtable sessions, and indicated interest that they will like to start such conversations with youths to gather feedback on national issues. The opportunity came for the pre-budget dialogue last November, when this group of activists – PMEs from various sectors – took on the opportunity to curate a series of dialogues with Young NTUC.

“The motivation to organise this ground-up dialogue primarily stems from the desire to make a difference to Singapore’s society and more importantly, to gather the collective thoughts of individuals from the Youth community,” quipped Rossana Chen, a member of SGwhisperers who works at the Agency for Integrated Care. “Such dialogues are important because as part of the community, we need to take responsibility in shaping this place to what we would like it to be.”

After three focus group discussions with about 120 young adults between the ages of 18 and 35,  there were 2 significant recommendations they put through that were part of the NTUC Budget recommendations:

Remember the career guidance service in school? You’d fill up some personality quiz, and get a list of recommended careers which would presumably suit you. Do you remember how generic the career list was, or how vacuous the test was? The young workers NTUC spoke to want the Government to set up a national centre to provide continued career guidance for young workers. At a sharing session with NTUC secretary-general Chan Chun Sing last Wednesday (March 9), he shared that the official Budget recommendations would go a step further: This career guidance centre would be supported by 500 career coaches who are still working in their respective industries. It would provide a platform for young employees who wish to find a mentor to offer career advice. Getting career coaches who have current experience makes so much sense – they’re the ones who know what jobs are available in the market and relevant to the economy, thereby ensuring that young workers’ skills stay useful and remain employable in the long run.

b) One-stop Career Portal for Youth

The youth also recommended the creation of a one-stop online career portal which specifically caters to young adults. The portal would enable the matching of mentorship opportunities, job seekers to available jobs, and allow the creation of individual career profiles with information such as education, qualifications, competencies and Government funded training sessions attended.

The youth workers from the consultative sessions want the Government to incentivise and recognise employers that provide for structured mentoring programmes at the workplace.

b) Expanding the Use of Skill Future Credit

Did you know that every Singaporean worker can use SkillsFuture Credit to offset course fees for a wide range of skills-related courses throughout your career?  The youth chapter wants the Government to expand the utilisation of the Credit to include career coaching services.

Aside from the suggestions from the youths, there were also calls for the Singapore Government to look into productivity measurements, gain-sharings for workers (meaning profit made by increased productivity) and more/continued incentives to increase productivity among small businesses in Singapore by the Labour Movement. This means that if these suggestions are picked up by Finance Minister Heng Swee Keat, your job in future might be easier to do, you will be able to enjoy work-life balance, but at the same time, get paid more at work. Let’s keep our fingers crossed.

It’s encouraging to note that youths are paying more attention to National matters and are organising themselves to contribute solutions for various issues. If organisations like the NTUC and Singapore National Employers Federation (SNEF) can continue engaging various communities on nation-building matters, then perhaps persistent bottle-necks can finally be broken and maybe we will see Singapore enter the arena of citizenry policy-making.

So what do you think of these suggestions? Do you think that these proposals will improve the lives of young Singaporean workers? Budget 2016 will be announced on 24 Mar at 3:30pm. For the full slew of recommendations being put up by the NTUC, click here. 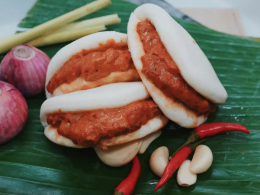 Love otah? You got to try this popular millenial eat trending in SIngapore, Baowow’s Otah Buns: Since its…
byalvinology

Foodies alert! If you are like me and like to take #foodporn pictures of your food before tucking…
byalvinology
Hello. Add your message here.
See how Snapask has been helping out over 3 million students around the world. Find a perfect plan