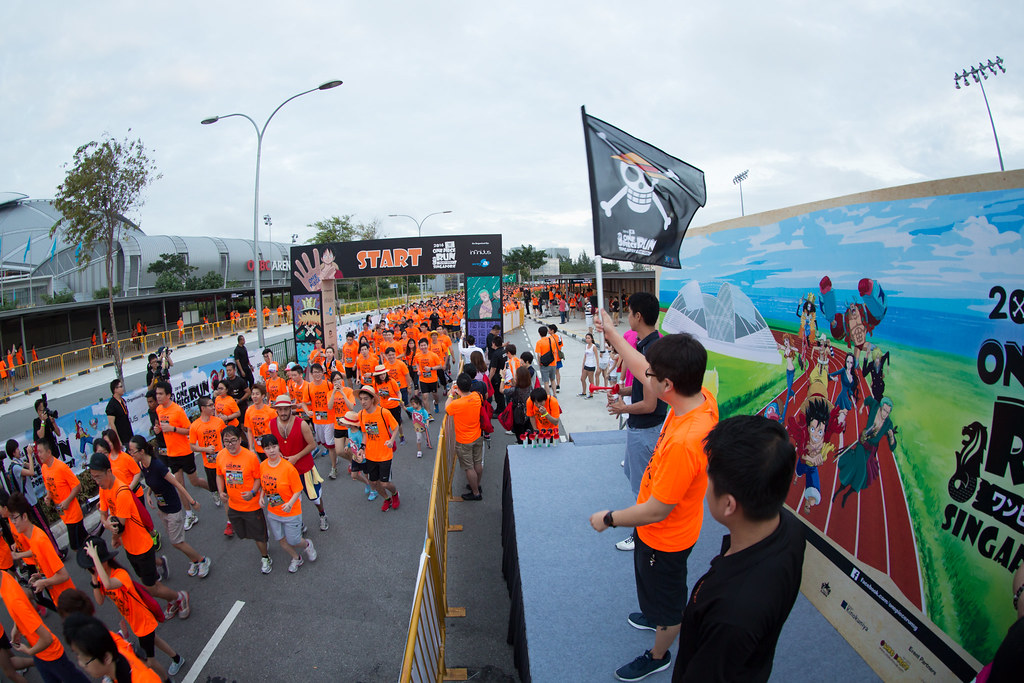 The One Piece Run kicked off last weekend on Sunday with over 5,000 runners at the Kallang Practice Track for Singapore’s first-ever anime themed fun run. 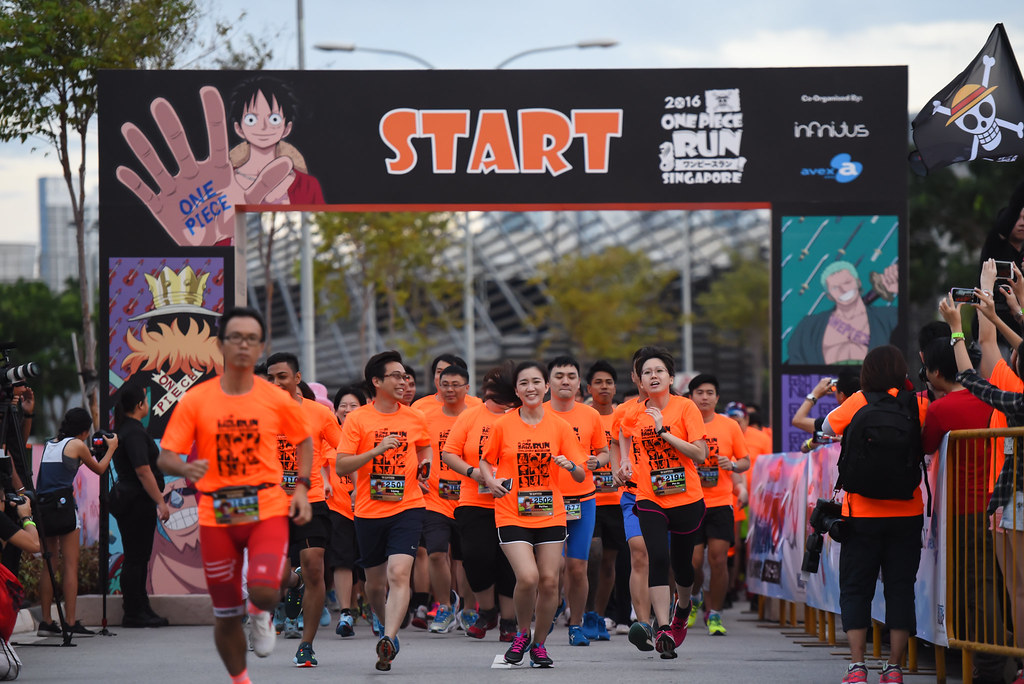 One Piece is a hugely popular anime/manga series which has been running since 1999, with over 733 episodes of anime.

Participants immersed themselves in the world of Luffy, the anime’s anchor character, through three experiential zones – Fish-man Island, Dressrosa and Punk Hazard, before stepping into the One Piece-themed village.

Runners snapped selfies with Singapore’s only life-sized mermaid, Mermaid Syrena, at the Fish-man Island zone. At Dressrosa, they teamed up with fellow Nakama to defeat the Donquixote pirates and rescue Dressrosa and King Ridu. Together with Caesar Clown and Law, they then bravely endured hot and icy lands at the Punk Hazard zone, before sailing towards the finishing line.

Participants were also thrilled to witness their favourite characters come alive at the One Piece Village. The morning continued with exciting One Piece-themed carnival booths. There was also a Best Dressed segment presented by WakuWaku Japan.

The winner was dressed as Roronoa Zoro and was judged not only by his dressing but his excellent in-character poses and expressions. The winner walked home with a pair of air tickets to Tokyo, Japan, and a pair of admission passes to Tokyo One Piece Tower.

To round up the event, there were memorable performances by J-pop groups USAGI, J.U.N.E and DJ Tomu, ending the full day of festivities on a high note.

Steven Lim – now also known as “Dragon”, is looking for a girlfriend. Any takers? 🙂 In his…
byalvinology K-Beauty-holics, time to head down to Funan- the VIRVICI X Shopee store opens today! Get ready to browse…
byZenn