How do you choose the right petrol for your car? People I know usually choose their petrol based on convenience, price point and credit card rewards – that’s what I do. So, when Shell approached us to review its newly-launched V-Power Nitro+, it really opened our eyes to the benefits of a premium fuel formula.

And I definitely needed more power in my set of wheels. Just to give you some background: Our family car is a 2007 Ford Focus five-door hatchback (1.6L). I’m usually the driver, chauffeuring my pre-schooler to and fro school, to his grandma’s place, to playdates, making grocery runs and going for meetings.

Our average daily mileage is about 30 to 50 km, seeing that we live near the core city central, but we sometimes also need to drive further for excursions on weekends, to visit Asher’s other grandma, or to army camp (that’s Alvin). Therefore, our car is very much like any other car in Singapore – it is no stranger to start-stop traffic or the expressways.

It goes without saying that such a premium-priced petrol would imply (see other post here on the features of Shell V-Power Nitro+) improved engine performance. We were given some vouchers to put Shell V-Power Nitro+ to the test. They lasted some two tank fulls of petrol before I switched back to my regular petrol to see if the difference was real or imagined. But was the improvement significant enough to justify a 20% increase in price?

Yes! And here’s why.

Upon driving out of the petrol kiosk, I immediately feel the difference – the vehicle surges forward with power even with a light tap on the accelerator.

While a Ford Focus is said to be one of the most economic cars in the world, few reviewers mention how heavy the car frame actually is. Opening the door, especially the door of the boot, is a weightlifting exercise. Therefore, when compared to even the Toyota Corolla Altis with the same specs, the Ford Focus is not one of the most fuel-efficient or the most agile on the road. Say I’m planning to change lanes and I see a BMW charging from a fair distance – I actually wait for it to pass first, instead of going in front of it. That’s because I know that my car can’t hustle fast enough and I’ll get honked at by a very pissed-off BMW driver. When I need to go faster, I find myself having to rev my engine to 4000 rpm, and even then the change in speed is only for a short burst. This results in not just a very bumpy ride for my passengers, but also fuel wastage, as revving the engine consumes more petrol.

That was with my old petrol. With a tank full of Shell V-Power Nitro+, acceleration goes from 0 to 30 with just light pressure on the accelerator and I can change lanes quickly enough no matter what car is coming. At the traffic light – same thing – I don’t need a lead foot to spurt ahead. The delivery of fuel to wherever the car needs it is smooth and consistent, so I only need to maintain pressure on my accelerator in order to make my car follow through with the acceleration.

On the old petrol, something funny happens when I go through bends. Whether or not I slow down enough before approaching the turn, the gears of the car will complain and make a curious, dull clanking sound when I’m putting on speed to complete my turn. It’s not disconcerting enough to warrant a check-up at the mechanic but I do notice that the problem has gone away after switching to V-Power Nitro+.

Right after I switched back to Esso 5000, the super slow acceleration returns. A few days later, the clanking sounds resume as well. Because of this, I know it’s true – there are deposits on my engine and they are responsible for the reduced power. The clanking sounds may be due to friction between the metal parts. So there is truth in the claim that V-Power Nitro+ does clean up the car engine after all!

When on V-Power Nitro+, I’m no longer revving my engine every time I need to go faster, and my tank is fuller for longer when I drive! I know that my comparison isn’t very scientific because I haven’t taken notes on actual mileage and fuel top-up dates, but one full tank of Shell V-Power Nitro+ has been able to last me for more than eight days, even with daily usage of the car. Esso 5000, however, lasts about six to seven days.

Yes, the Esso kiosk near my home looks way swankier than the Shell two streets away, and Esso has a well-stocked FairPrice Express which carries Polar puffs and cakes and other goodies. I also like the digital air pump, which I use every eight weeks to inflate my tyres. But the good feeling fades away once I have finished making payment and am walking back to my car. You see, for some reason, the attendants almost always NEVER volunteer to clean my windshields and windows. I see them busily wiping down other people’s vehicles, but they don’t even ask me, even though I tip the attendant every time! Can’t they remember that the nice lady in the red Ford Focus will tip? Nope. These days, I even find that I have to help myself to the correct petrol gun. I always go only during off-peak hours but why do the attendants ignore me? At Shell Tampines, the attendant happily and voluntarily does so for me. He looks shocked when I try to pass him a $2 and rejects it. Now excuse me, this is called real service okay Esso?!?! It makes me mad enough to switch to Shell permanently, to heck with Esso’s many perks and discounts.

We may happily pay premium to dine at a fancy restaurant which is out of the way, or consciously eat nutritious foods for health reasons, but often, less thought goes into choosing what fuel to feed your car. Unfortunately, the petrol your vehicle runs on will affect its performance.

Take it from me – your engine will thank you for it and you will feel it when you need to overtake that BMW on the road. Try the Shell V-Power Nitro+ for yourself today! Singaporean Instagram user and influencer Shinyi recently posted on her stories about her failed suicide attempt, where she…
byDanielle Ann An 18-year-old admitted to using a loophole in a mobile app to cheat ComfortDelGro out of $2,600 worth…
byDanielle Ann 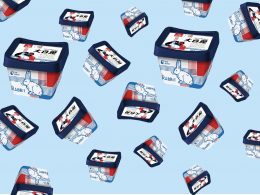 [PROMO] Enjoy 1-for-1 Deal with the new and improved White Rabbit Cup Ice Cream or Win a Staycation at Lloyd’s Inn worth S$500 via its social media contest!

The official White Rabbit launches their new ice cream in a 70 g cup! Made with premium ingredients…
byIrone Kim

It’s not out in the cinemas yet but the critics are already raving about Black Panther, the latest…
byKatherine Goh
Power up your child's learning with Geniebook.
Sign up for free demo
This is default text for notification bar
Learn more