When I mention Chan Chun Sing, what images come to mind?

Is it of him raising his arm and saying “Kee Chiew”? Or one of the many internet memes and GIFs circulating online, caricaturing him as a clown character like this one:

Chan had a rough start to his political career. His maiden “Kee Chiew” speech in 2011 tainted the way Singaporeans perceived him.

I always believe we should not be too quick to judge someone and not to judge a book by it’s cover. Beyond the cartoon image of Chan Chun Sing, there is much more to the man if you delve into his background and experiences; listen to him share his view points.

For GE2015, the Singapore Democratic Party’s secretary-general Dr Chee Soon Juan for instance, has proven himself to be so different from most Singaporeans’ perception of him as a raving madman. Instead, he is articulate and speaks from the heart.

Same for the People’s Action Party (PAP)’s Chan Chun Sing, don’t be too quick to judge. Go to his PAP rally, hear him speak in person or even get up close and talk to him. Grill him with the difficult questions and issues which Singapore faces. He is way more intelligent than many of us give him credits for.

I got a chance to meet with Chan a few weeks back during a casual interaction session. I was rather blunt and asked Chan directly on what he thought about his cartoony image online and if he intends to do anything about it. He acknowledged this shortcoming and said he just take it in stride if people like to think that he is a clown. As long as he does what is right for Singapore and Singaporeans, he does not intend to change himself and present a false front.

Many other tough questions were thrown at Chan by some of the other guests present. These include his stand on controlling the influx of foreign workers as well as the difficulty in formulating labour policies in a globalised economy.

Chan were able to field off all the questions with logical replies, peppered with specific anecdotes and examples, demonstrating he has done his groundwork and homework as labour chief.

He has a folksy demeanor, which makes him very personable in real-life interaction, but probably also why he is such a popular target for internet memes and GIFs as being folksy also borders on looking silly sometimes.

Singaporeans often complain about the PAP being elitist and talking top-down to people. Yet when someone relatable like Chan comes along, he is perceived as not serious and cartoony. Ironic isn’t it?

Let’s find out more about Chan Chun Sing beyond the memes.

Chan was the youngest full minister appointed in the Cabinet after GE2011. He was appointed labour chief at NTUC earlier this year. He is now contesting in Tanjong Pagar GRC as the anchor candidate, taking over the rein from non other than the late founding prime minister of Singapore, Mr Lee Kuan Yew.

Yes, he will have big shoes to fill.

This election is crucial for Chan to prove if he is up to it as Tanjong Pagar GRC has never once be contested since the GRC was set up. He will be facing a team led by a new political party, Singaporeans First, founded by Tan Jee Say.

Many may not know, but Chan did not come from a privileged background. 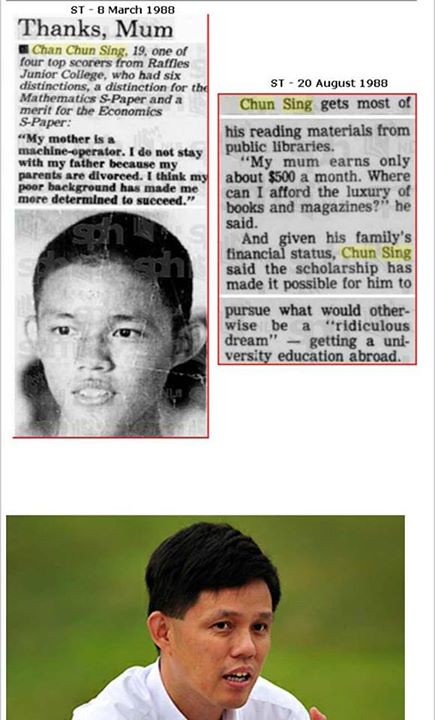 Chan is from a single-parent family and during his growing up years, his mother worked as a machine-operating earning about S$500 a month. In an old 1988 interview, a 19-year-old Chan Chun Sing was quoted saying he got all his reading material from the library as he cannot afford the luxury of books and magazines.

With the odds stacked against him, Chan still managed to graduate from our rigourous education system with flying colours.

Chan was educated at Raffles Institution and Raffles Junior College. He was one of the top four scorers from Raffles Junior College, with six distinctions, including a distinction for Mathematics S-Paper and a merit for the Economics S-Paper. In 1988, Chan was awarded a President’s Scholarship and Singapore Armed Forces Overseas Scholarship to study in the University of Cambridge, where he completed a degree in economics at Christ’s College and graduated with First Class Honours. In 2005, Chan completed the Sloan Fellows programme at the MIT Sloan School of Management under a Lee Kuan Yew Scholarship.

He also rose through the ranks in the Singapore military to become the Chief of Army before he entered politics. During his army days, he was the first foreign student to be conferred the “Distinguished Master Strategist Award” in the US Army Command and General Staff College (CGSC) in 1998.

This is someone who knows hardship and fighting against the odds.

I do not recall Chan Chun Sing mentioning much about his family background or growing up poor as a “badge of honour”. These days, many politicians like to emphasise how “poor” they were growing up so as to appeal more to the ordinary folks. Remember the “Son of Punggol” and his ridiculous story of how he and his wife (both are qualified doctors) had no money to buy utensils for their new home after they purchase their first HDB flat?

Chan is not a showy person either. He only buys second-hand cars, wears a plastic Casio watch and SAF dress shoes.

He is about as down-to-earth and humble as anyone can get.

Following the success of the first-time limited-edition sneaker drop, KFC Singapore is launching a collection of stylish apparel…
byIrone Kim 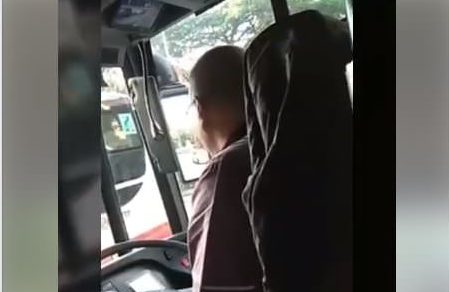 Recently, a Malay woman took to the Singapore Bus Driver Community’s Facebook page to complain about her family’s…
byKaryn Cheong 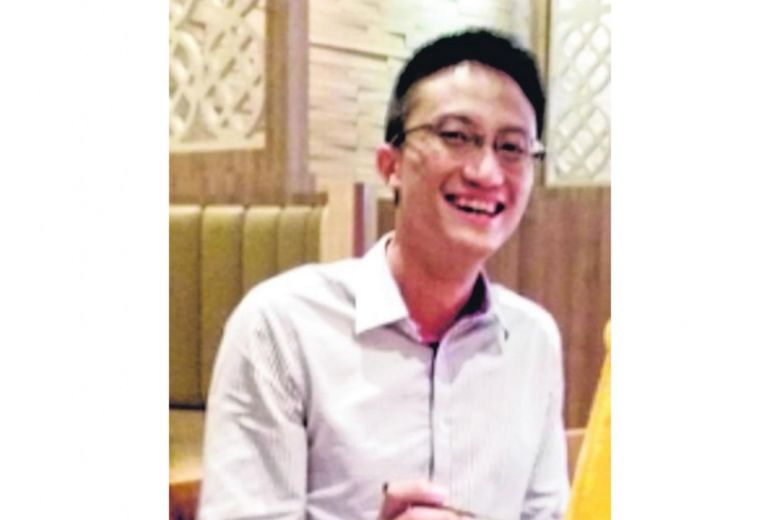 On the heels of the massive data leak of HIV positive statuses of 14,200 individuals living in Singapore,…
byDanielle Ann
Hello. Add your message here.
See how Snapask has been helping out over 3 million students around the world. Find a perfect plan