As Nomination Day draws nearer for GE2015, other than the serious candidates, wacky independent candidates are joining the fray and so are online trolls: 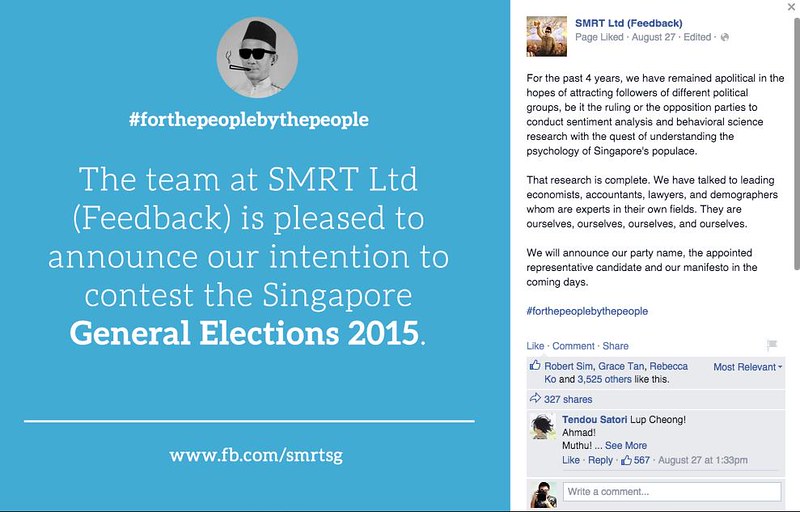 The Teh Tarik Party has yet to announce any potential candidates, but the website highlighted four main issues which they would like to focus on in their manifesto: Family Development & Care; Tax; Immigration; and Education.

They even come up with serious solutions for each of the issues: 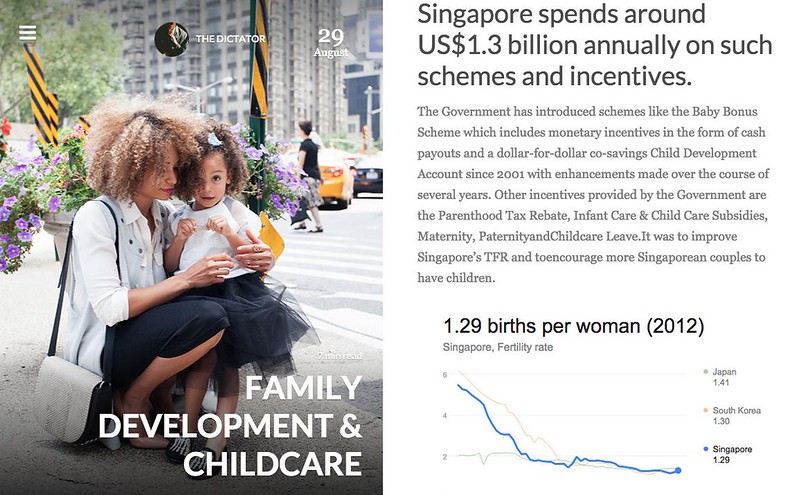 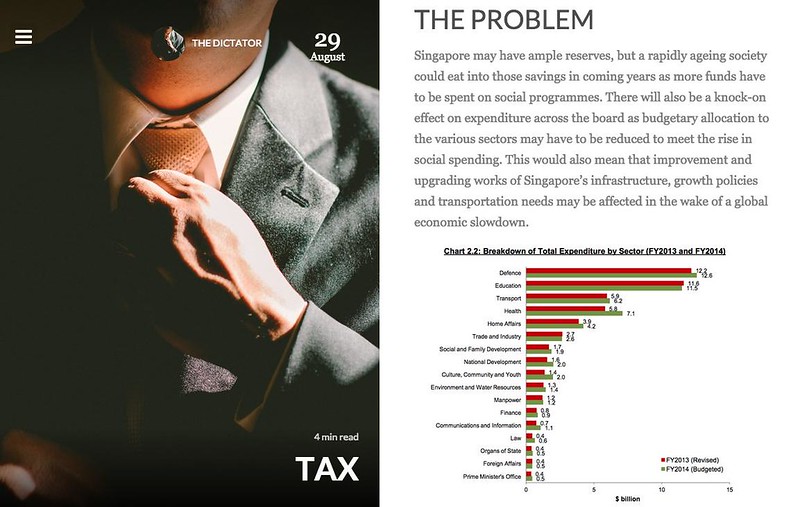 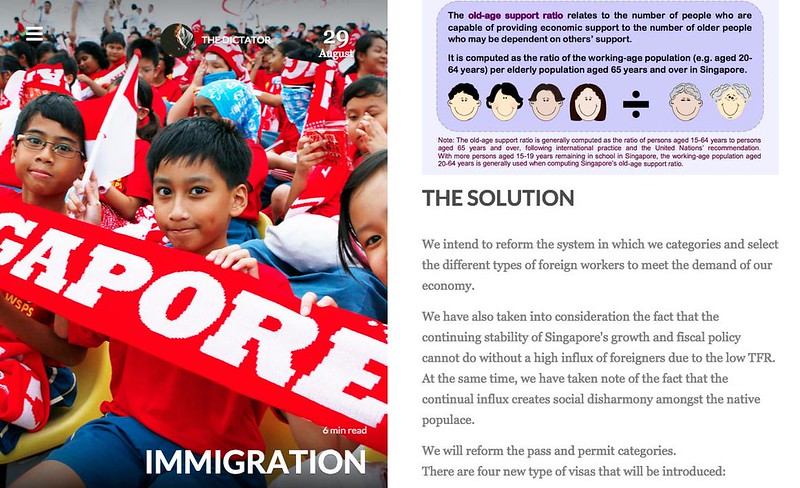 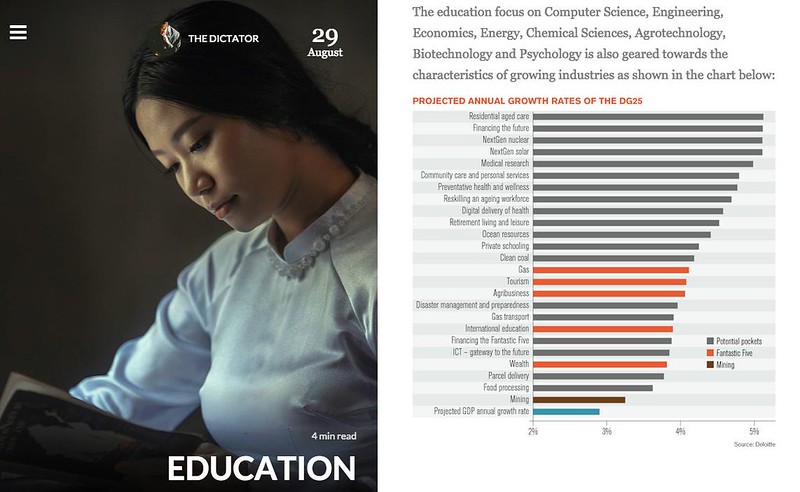 It remains to be seen if this is just massive trolling at the national level or whether the secretive group behind SMRT Ltd (Feedback) is a serious contender. My guess is it’s more likely they are just doing what they are best at. 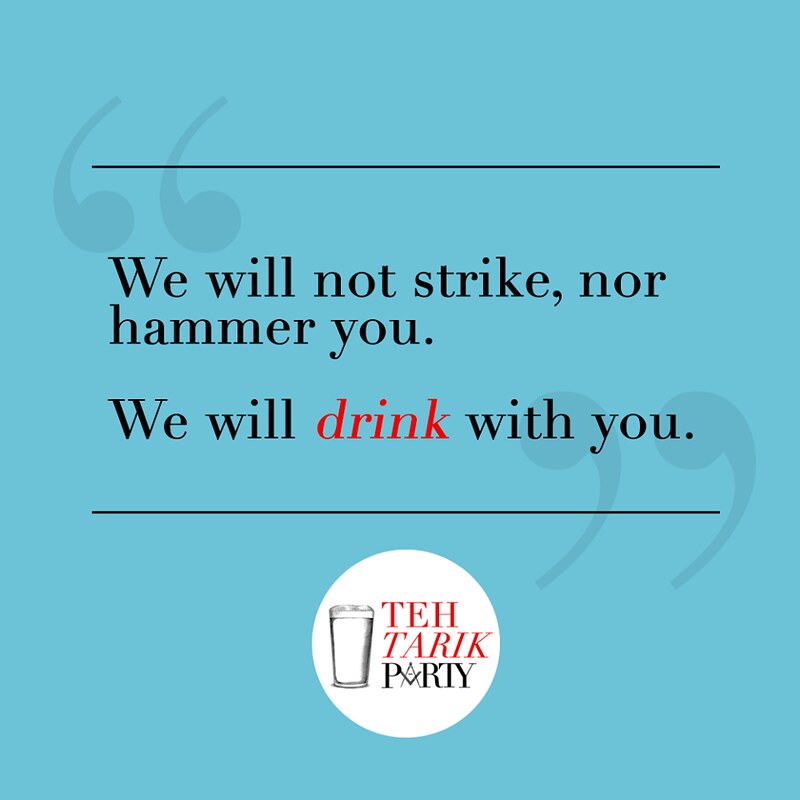 Seriously speaking, while SMRT Ltd (Feedback) is well known online for their vigilante work and acid jibes at political and social issues in Singapore, they are not that well-known offline among the older folks and obviously, people who are not web savvy. Not exactly the right recipes for winning at the polls.

It is also unlikely they will suddenly reveal all their identities after hiding for so long. They were able to get away with a lot of the stuff they post, precisely because they are anonymous. Would they want to unmask themselves for this?

I find the group of five people who called themselves “concerned citizens” in a CNA report to be more intriguing and likely to contest as real-life trolls.

According to the report, all five are prepared to contest the elections as independent candidates.

One of the five, architect Fatimah Akhtar, 46, who is also a former member of the Singaporeans First Party said: “We are sending out a message to all political parties that whatever it is, you should be sending candidates who are qualified and capable.”

Akhtar, speaking for the group to The Straits Times, said they were eyeing Tanjong Pagar, Jurong or Ang Mo Kio. They are prepared to contest if they feel the candidates fielded in any of these GRCs is not up to the mark. 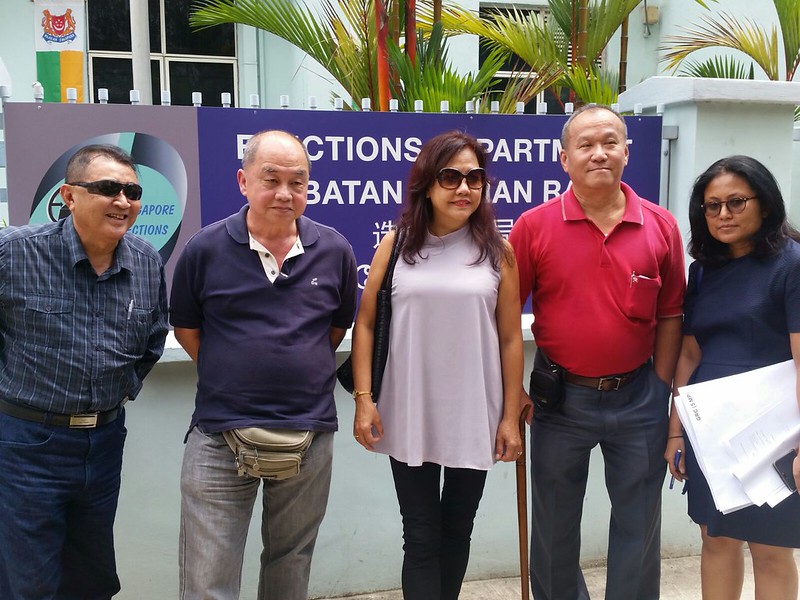 The 5 “concerned citizens”, picture via CNA

“Some of the candidates fielded inspired me to run, because with their background, my potted plant can be an MP.”

She is effectively telling the Singaporeans First Party and the Reform Party contesting the three GRCs which her group is eyeing to get their acts together to field credible candidates or face getting trolled by her group in real-life.

Btw, here’s an old video of Akhtar speaking at one of the protest events at Hong Lim Park:

The four others in this real-life troll group are Dr David Tan, 62, chief executive of a regional medical group, businessman Eric Seow, who is in his 60s, and two retirees: Mr Eddie Ng, 72 and Ms Soon Siew Tin, 58.

Oh last but not least, let’s not forget my favourite troll of all time – Han Hui Hui! 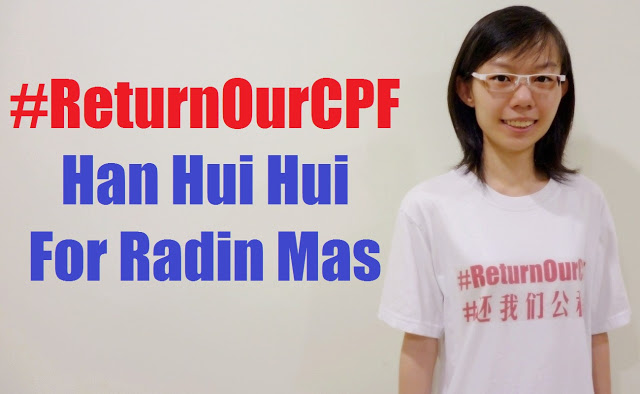 She is going against the Reform Party to contest in Radin Mas SMC, getting into a three-cornered fight with the incumbent People’s Action Party.

Her good friends, M. Ravi, Roy Ngerng and Gilbert Goh are contesting in Ang Mo Kio GRC under the Reform Party. I thought she would be part of their dream team:

However, it seems Han is not invited. Is this how things got ugly?

Troll or not, she managed to raise a total of S$10,034.96 as of 27 August. There are still donations streaming in to fund her campaign. 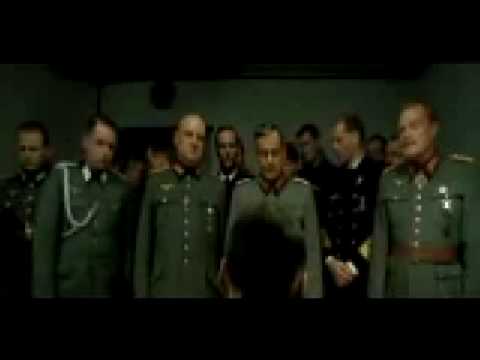 It’s not enough that Hitlers has already ranted off against Singapore’s ERP system and Temasek Holdings. This time,…
byalvinology 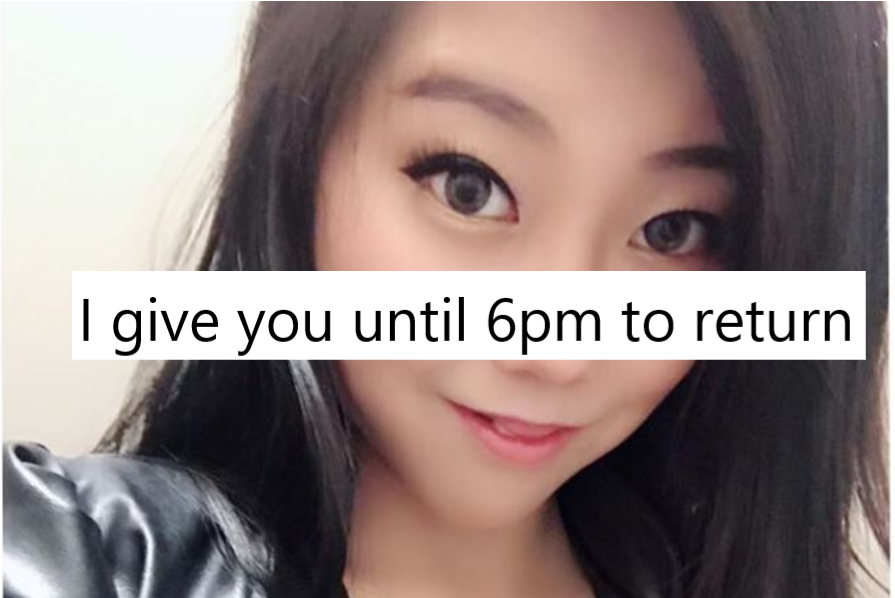 Woman sent $500 to wrong man, then allegedly doxxed him, and said he has ‘no integrity’

A Singaporean woman named Geraldine Phoa complained on her Facebook post about a man with Koh as his…
byDanielle Ann
Power up your child's learning with Geniebook.
Sign up for free demo
This is default text for notification bar
Learn more