I know I know, I am just stating the obvious. The Singapore General Election is right round the corner and the whole of Singapore seems to know about it. Everyone wants to shake your hands, carry your baby or be your best friend. Confused? Just smile and tell all of them you will vote for all of them. This will make them really happy. At the end of the day, you and only you know who you really vote for.

Everyone starts sharing news about his or her own favourite political party. Some people can get really fervent and close-minded. So much so they end up arguing badly with others who support other political parties. Friends turn to foes. Politics can be really divisive. Your friends start blocking each other on facebook. You just watch and enjoy your popcorns.

Your choice of colour for your #OOTD matters

The Transport Minister announced a cut in public transport fares

Seriously. This has never happened before. Usually, it is always fare hike announcements.

Singapore’s Transport Minister Lui Tuck Yew announced on 3 August that transport fares will be reduced by up to 1.9 per cent from December. He said fares were being lowered following reduced fuel costs. Right.

Army generals and senior civil servants are dropping like flies

No they are obviously not going into retirement. For the uninitiated, you may even think there is some crisis in the Singapore civil service, our armed forces or the police force to cause the sudden mass exodus of many senior and important appointment holders.

The most prominent one has to be the current Chief of Defence Force, Lieutenant-General Ng Chee Meng who just retired from the Singapore Armed Forces after 29 years of service.

Fret not. You will soon see these guys in your neighbour wanting to shake your hands and take photos with you.

Getai organisers and singers get warned not to play politics

The Singapore police said on 14 August that getai performances are strictly not allowed before, during or after election rallies.

Need further clues on the dates for the coming election? 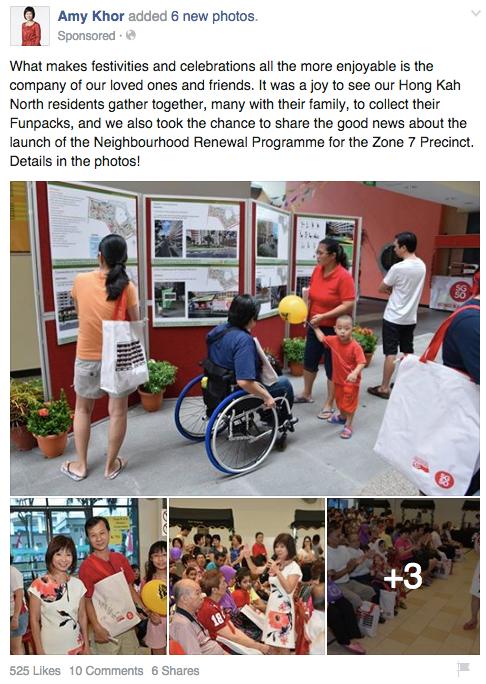 Are promoted posts on Facebook considered as political advertisement? Fyi, she is not the only one. I also see sponsored posts from independent candidate, Tan Lam Siong and a few others.

Guilty as charged, but I believe I am not the only one.

As a Singaporean, I think it is our duty as Singapore citizen to be socially and politically informed. Agree?

Like this one (view discretion is advised on the vulgar language used in the video):