The Philippines – Closer to heaven

A strong, pungent smell hit us in the face as we walked into the cave.

We could hear some chirps and shrieks.

Beyond where the sun shone, there was nothing but a vast, gaping hole.

We removed our sandals and got down on all fours.

Everything we touched felt slimy.

Our guide told us that it’s guano, the excrement of bats living in the cave.

The cave was the largest of over 60 underground caves in the remote town of Sagada, which lies deep within the Cordillera Mountains of the Philippines.

Our guide paused to light up his kerosene lamp.

The flickering flame cast eerie shapes on the walls around us.

We pressed on, disappearing further into the cave.

There was the sound of running water.

If not for the dim light cast by the kerosene lamp, we would be in complete darkness.

We soon came to a pool of water.

There was no way around it.

Get in, our guide said.

The water was ice-cold and chest-high.

We gritted our teeth as we stepped gingerly across the pool, not knowing what was in the water.

After we emerged from the pool, our guide shone the kerosene lamp around to reveal gorgeous stalactites and stalagmites.

Further on, there were otherworldly rock formations which were given names such as “frog pool” and “elephant formation”.

The cave branched off in all directions, and without our guide, we probably would never be able to find our way out.

For the next few hours, we were Indiana Jones as we clambered over slick rocks, and squeezed ourselves into narrow passages that looked impassable.

There were also sections where we had to haul ourselves up using ropes.

Sagada, however, is not just about adventure.

In fact, there’s more than a touch of mysticism about the town due to its famous hanging coffins.

As their name suggests, these hanging coffins are in a state of suspension, hanging on for perpetuity on the sides of limestone cliffs.

Our guide told us that the coffins were placed there because his ancestors believed that the higher the body is laid, the closer the souls are to heaven.

Also, the location helps to protect the bodies from natural disasters like earthquakes and floods as well as wild animals.

Not surprisingly, the act of placing the coffins on the cliffs requires a tremendous amount of effort.

Men would bind themselves in ropes to climb the steep mountainside and haul the body and the coffin.

Once the resting place is reached, the coffin needs to be secured in place before prayers are chanted and the men bid the dead a final farewell.

But this is a dying tradition as it’s no longer a common practice for the locals of Sagada.

The latest addition to the hanging coffins was apparently placed there in 2008, after a long interval.

With little new coffins added to the cliffs, and with the existing ones exposed to the elements, it’s really anyone’s guess how long it’ll be before the hanging coffins of Sagada become history.

Burial caves are another interesting location where the locals of Sagada put their dead to rest.

In such caves, tens or even hundreds of coffins are lined up along the walls, forming what looks almost like a crypt.

We ventured into one of these caves for a closer look and noticed that some of the coffin lids have been opened up, revealing only a dark emptiness within.

Our guide told us that thieves have made off with some of the bones, and they’ve even carted away entire coffins for sale.

These must have been pretty brave and desperate people.

I don’t know about you, but I definitely would not want to be poking around these caves at night.

The town of Banaue, which lies just a day’s drive away from Sagada, is yet another ruggedly enchanting spot within the Cordillera Mountains.

The town is most famous for its “Stairways to Heaven”, which are rice terraces created by the Ifugao tribe, who were once feared head-hunters.

Situated some 1,500 metres above sea level, the 2,000-year-old UNESCO World Heritage-listed terraces are largely believed to be carved into the mountainside by hand with minimal equipment.

But while we could already see some of these terraces around Banaue, it’s said that the truly spectacular ones lie in the village of Batad – a short one hour drive away.

Those claims were not unfounded. Beautiful as the rice terraces around Banaue were, they could not compare to those in Batad which rises up the mountains like an amphitheatre draped in green.

Also, due to the hassle involved in getting to Batad – a bumpy ride followed by a one-hour hike into the jungle before we could finally see the rice terraces – there were hardly any tourists there.

In fact, we counted less than ten the entire day we were there.

With only my friend and the guide for company, I had all the peace and solitude I needed to truly appreciate how the rugged mountain scenery cradles the irrigated rice terraces built directly into the side of the mountain in complete natural harmony.

And standing at the bottom of the valley, looking at the terraces as they extend upwards into the clear blue sky, it’s not hard to imagine why some would refer to these terraces as “Stairways to Heaven”.

Star Wars fans better get ready for the greatest gathering of the Force this 5 May 2018! The…
byIrone Kim 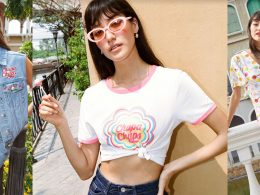