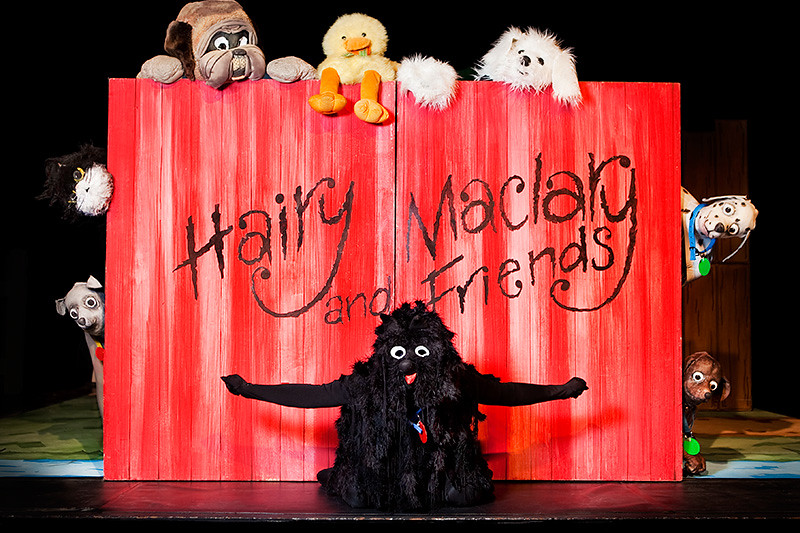 Thanks to my three-year-old son Asher, I am now very familiar with a little black dog called Hairy Maclary from Donaldson’s Dairy. He goes “yap yap yap”, and has a bunch of doggie friends with names like Bottomley Potts (covered in spots), Muffin Mclay (like a bundle of hay) and Hercules Morse (as big as a horse).

Last Friday, Asher caught the opening performance of HAIRY MACLARY AND FRIENDS with his mum and grandma. The show is the official stage adaptation of the much-loved Hairy Maclary children’s books by Lynley Dodd. It came direct from a run at the Edinburgh Festival Fringe 2013 and was a hit at the Sydney Opera House Christmas season 2012.

Asher enjoyed the show tremendously. When I met Asher after work, he could not stop recounting the tales of Hairy Maclary and his friends over dinner. So much so that we headed to the library the next day to borrow a whole series of Hairy Maclary books to read to him.

I like that the stories are written in limerick verse. Watching the show captivated Asher’s attention and he took the initiative to memorise all the names of the characters in the book, while practising on his enunciation. Wonderful! I have been having a hard time trying to get him to work on this, but Hairy Maclary came and saved the day!

The Hairy Maclary show in Singapore is brought in by ABA Productions, an international theatre production company dedicated to creating and promoting a wide variety of performance styles from all corners of the world, particularly kids’ shows. In early 2012, ABA Productions launched the inaugural KidsFest: a three-week festival of world-class theatre for young people. Asher caught the Gruffalo’s Child last year and enjoyed it very much too.

Upcoming shows include The Gruffalo and The Tiger Who Came to Tea, both based on award-winning children’s books. Visit the official KidsFest website and facebook page to get the latest updates. 🙂 With the eagerly awaited second instalment of the Maze Runner series opening on the 10th of September 2015,…
byAsia 361

I have never visited the Philippines as a holiday destination. My closest brush with the Filipino culture was…
byAnson Ong