Paris Q&A: let’s deal with some myths about Paris 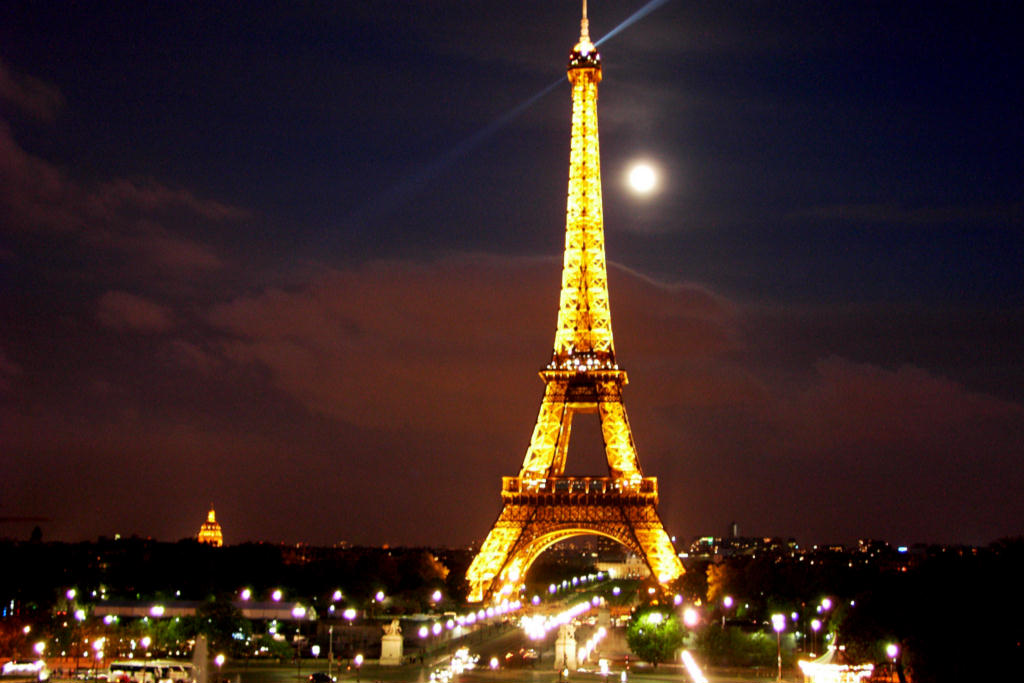 My friend Chris has shared a Bloomberg article on Facebook about Chinese tourists in Paris and it actually didn’t contain any reference to that notorious sign in the Louvre only in Chinese. In any case, whilst the article was interesting, I felt it was somewhat unfair to Paris. I know Paris intimately well as I have lived there as a student when I went on exchange to Paris-IV Sorbonne in my final year at university – that was in fact not my first but my second stint in France. I speak French fluently as a second language and totally enjoyed my time in Paris. I suppose that experience would give me a very different perspective on Paris compared to a tourist visiting France for the first time, so allow me to deal with some of the points raised in the article about tourists in Paris.

Verdict: 50% true, there is crime sure, but it is on par with any other big city.

Having lived in France, I had absolutely no problem whatsoever with crime at all. As I was a student there, I loved going clubbing and partying. I would then make my way home on public transport in the middle of the night. The Noctambus (night bus) would drop me several streets away and I would have to walk 15 minutes through a quiet suburb to reach my block – sure I have witnessed drunk people throwing up and acting stupidly or homeless people sleeping in the streets on my way home, but I have never encountered any threats or even felt vaguely unsafe. Then again, I speak French fluently and know Paris very well, so I think part of that sense of security has got to do with feeling confident.

The fact is, you can go to any big city – Paris, Vienna, New York, Toronto, Sydney, Hong Kong, Kuala Lumpur – and you will face some threat from crime. Is there crime in London, the city I call home? Of course there is. Is it a problem for me? No it isn’t – because I am a local and know exactly how to protect myself from any threat of crime. The level of threat you face from crime depends on the individual and a foreign tourist in Paris who doesn’t speak French can get lost and start panicking – now that kind of situation may make one feel worried whether or not one is actually facing any real threat of crime. For example, I once helped an older American tourist who got hopelessly lost in Paris, she spoke no French at all. She had gotten off at the wrong Metro stop, had left the station following a set of instructions she had printed off the internet and before she knew it, she was totally lost. She was extremely relieved to have met me – a helpful local who spoke English fluently and she was in a real panic, even though she was in a perfectly safe suburban neighbourhood and there was really no risk of anything vaguely dangerous there. Nonetheless, she was disorientated, confused and panicking in spite of the fact that she was not in any kind of danger whatsoever.

The biggest risk tourists face are the pickpockets in Paris – thus it is extremely important to keep your money, mobile phone and wallet somewhere quite inaccessible, where the thieves simply cannot reach. Chinese tourists stand out as they look very different from the locals and often move around in groups, speaking Mandarin amongst themselves. Thus they are a magnet for pickpockets who assume that they are carrying large amounts of cash. Now I thought all this is just common sense, until last year when a Singaporean friend visiting London actually walked around town with a S$5000 camera hanging around his neck and he was clearly shouting to all the thieves, “hey I am a rich foreigner with an expensive camera just waiting for the next snatch thief to come along and I am probably carrying a lot of cash on me as well. What are you thieves waiting for, come and rob me already!” Cue #facepalm – some people may be rich but they have no common sense whatsoever.

This is extremely unfair. The French education system makes it compulsory to do a minimum of two foreign languages during secondary education. Whilst it is technically possible to select a combination like German and Spanish to avoid English altogether, in practice, most French people would select English as one of their two foreign languages at school, hence they would have some knowledge of English and master it to a fairly decent standard if they were to pass the subject at school! By that token, French people are far more multilingual than their counterparts in China, Singapore, America and the UK as the education system pushes them to be not just bilingual but trilingual.

When I lived in France, I had a mix of French friends who were keen to practice their English with me (even though they knew that I spoke French fluently) and then there were those French friends who were reluctant to speak any English with me because their English sucked pretty bad. But how is that different from any other city? You can go to Moscow, Milan, Marrakesh, Madrid, Macau or Manila and you will find some locals who speak English and others who don’t. Why is there this assumption that French people must somehow all be able to speak English – is it because of the proximity to England? Heck, by that token, one should assume that the English should speak French as well but they are pretty hopeless here in England when it comes to speaking any foreign language

Myth 3: Paris is a dirty city – the streets are filled with litter, public transport is filthy.

Verdict: 50% true, but it is on par with any other big city.

I don’t think Paris is dirty – I don’t perceive Paris as particularly clean either, it is on average no more dirty or clean than any other European city. Yes there will be some litter in the street, yes there will be graffiti on the walls of buildings and yes sometimes you will see unsightly things as you make your way around the city. The public transport is efficient and affordable, though I admit, yes some of it can look old and could do with a lick of paint and some modernization. But how is this any different from any other city like Berlin, London or New York? What I have described above could be used to describe most cities really.

European cities like Paris are very old cities – that means that as you walk down the street, you could encounter an apartment block that was built in the 18th century, you turn the corner and you will encounter a 15th century church. The famous Notre Dame de Paris cathedral was completed back in 1345. What do you do when you have such a historic city with some many beautiful old buildings? Do you lovingly preserve them as as living history, buildings that tell so much about a city’s cultural identity and history? Or do you bulldoze anything older than 30 years and build shiny new tower blocks, so everything is so new you can smell the fresh paint? Paris is a more than a city – it is a living museum, these old buildings tell such an amazing story of Paris’ history and sure, some of them may look very old and grey, but if you want to look at shiny new skyscrapers, head on to the neighbourhood of La Defense where you have ultra-modern skyscrapers to rival any East Asian city, whilst the centre of Paris remains historic, romantic and quaint. Yes it is old, but that is not the same as ‘dirty’.

I have seen dirty cities in the world – take Colombo in Sri Lanka for example. Gosh there was rubbish piled up by the side of the street, there were many slums with poor people living in horrific conditions and I remember seeing a canal choked with rubbish. The stench from that canal was pretty horrific and I could smell it from several streets away. The same description could be said about Hanoi in Vietnam or Yogyakarta in Indonesia – we are talking about a kind of dirty city caused by sheer poverty, where the local government is just too poor to clean up the city, thus it remains filthy. Paris is not like that at all – the government does have the money to employ people to clean the streets.

Verdict: That depends on what your expectations are.

Well this depends on what your expectations are and how much money you are willing to spend. If you are willing to pay to stay in a classy five star hotel, dine in the finest Michelin star restaurants, shop at the most exclusive boutiques and be driven around in a limousine, then I guarantee that you will have a fantastic time in Paris. But if you are staying in some one-star flea-ridden hostel in some grim Northern suburb, trying to navigate your way around the city by public transport, looking for cheap bargains whilst shopping and getting the cheapest food from the tackiest places, then you’re highly unlikely to have a particularly good time. You get what you pay for: so if you want a good holiday in Paris, be prepared to spend some a lot more money. The same can be said about any city in the world, really.

But to be fair, yes it is possible to do Paris on a budget – I was a poor student when I was living in Paris but good local knowledge and my fluent French enabled me live quite well whilst I was there. Now if you are a foreign tourist, you need to have done a lot of research on the internet to know exactly where to go to find bargains and you’ll probably need a decent command of French as well. What were some of these disappointed tourists expecting? Either you pay for the 5-star VIP treatment or you do a lot of research, invest in a good guide book and arrive in France having done your homework (and have mastered at least some basic French) – if you’re not prepared to do either, then you’re unlikely to have a good time in Paris.

Paris is not some Disneyland type artificial resort built to fulfill the French fantasies of foreign tourists – no, it is a living city, an old city that has been there for centuries, with 12.2 million real French people (in the Greater Paris Metropolitan area) who are not characters in some romantic French movie. They are just ordinary French folks getting on with their lives, doing their jobs, going to school and they just happen to live in one of the most beautiful and romantic cities in the world. Such is Paris for you – thus that is why it is important to do one’s research before visiting in order to make the most of your visit, rather than build your expectations on what you have gleamed from books, films or TV programmes. Ironically, if Disneyland is what you are after, there is one in Paris too!

So there you go – that’s my response to the article which has been rather unfair to my beloved Paris, the city where I have many happy memories as a poor student at the Sorbonne. It is a fabulous city that does not deserve this bad reputation, really. If you have any questions about Paris, or about traveling in France in general, please feel free to leave me a comment below, thank you, merci bien!

If you have enjoyed this piece on Paris, there is plenty more travel writing on Alex’s blog, check it out here. 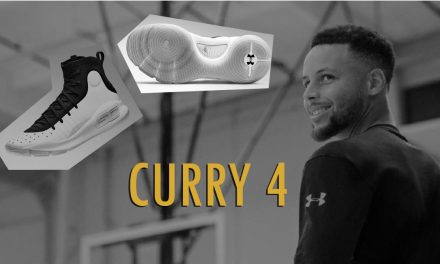 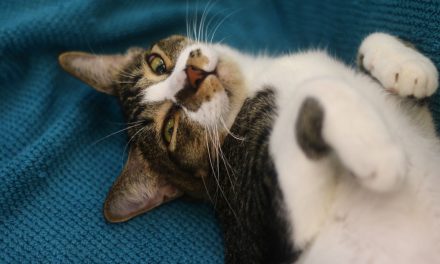 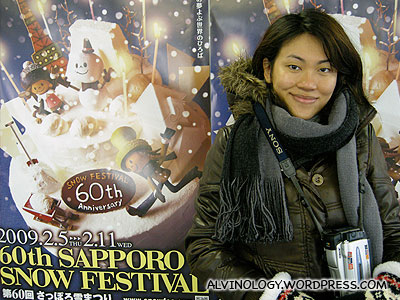