My Little Spanish Place is a cosy little Spanish restaurant located in the foodies enclave at 619 Bukit Timah Road. The restaurant is founded by owner/chef Maria Sevillano, with the recent addition of Chef Edward Esmero as a co-chef and partner.

My Little Spanish Place has been in operation for three years now and recently added new features on the restaurant front with the introduction of a complete Jamon (Spanish ham) Bar, which features five selections of Jamon as well as a Spanish Despensa (Spanish pantry) with over forty products sourced directly from Spain:

I just got back from a trip to Barcelona and was addicted to their Iberico Ham. The sight of the the cured meat in front of the drinks bar got me excited and bring back a little memory of Spain.

Since both the owners at My Little Spanish Place are chefs themselves, knowing more about both of them will give a glimpse into the background of the menu items.

Chef Maria Sevillano grew up in Salamanca, one of the nine provinces in the Castille y Leon region, located in the northern part of Spain. Hailing from a lineage of Spanish chefs and restaurant-owners, Maria started her gastronomic journey more than 25 years ago by helping her grandmother in the kitchens of their two family-run restaurants.

After years of wanderlust, she decided to settle down in Singapore with her two children – a teenage son and daughter. It was her love for the food she grew up with, combined with the realisation that there are very limited authentic Spanish
gastronomic offerings available here, that led her to set up My Little Spanish Place.

The menu includes an array of her favourite Spanish recipes from various parts of Spain, divided into sections from ‘tapas’ (little bites), soups, salads, seafood, paellas and dessert.

34-year-old Chef Edward was recently featured in HungryGoWhere’s list of some of the hottest F&B professionals in Singapore:

Chef Edward Esmero was born in the south of Philippines in the town of Batangas, Edward’s heritage has a lot of Latino influences, as his grandmother was a Mistisa (her father was Spanish and her mum Filipina), and Edward’s dad is Mexican. He grew up in an environment that exposed him at an early age to the myriad of culinary influences in his country.

With more than 10 years of international training and exposure, Chef Edward has put forth a heartwarming menu with many Spanish delights such as The Spanish Suckling Pig, Pulpo de la Casa, various homely versions of Paellas and an array of Spanish desserts.

I went for a brunch tasting and these are the items sampled:

The flatbread and braised pull pork were pretty good. I am not a fan of anchovies, but it blended well on the flatbread with the other ingredients, making the fishy stench work with my tastebuds.

Desserts were well-crafted and exquisitely lovely. The presentations were beautiful and they were just as refreshing to round up a great meal.

The menu is on the pricey side, but you pay for quality. For a while, I did feel like I was teleported to Spain when I was dining at My Little Spanish Place.

If you are interested to visit My Little Spanish Place, here are the details: 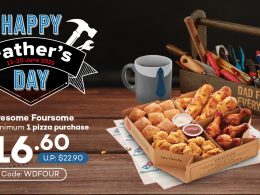 Located at Robertson Quay, Summerlong serves up Mediterranean fares by the riverfront and recently launched a new brunch…
byalvinology 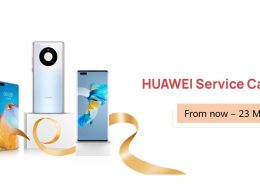