STORIES: A pop-up restaurant with hiSTORIES to tell 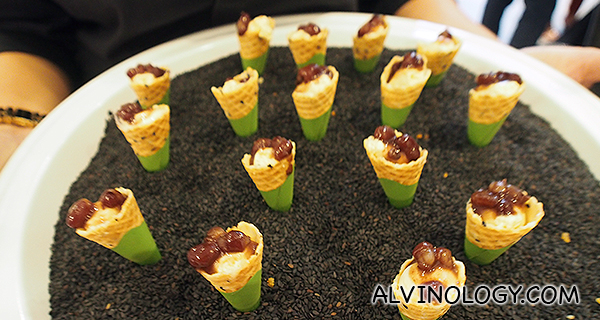 Ever thought of going back to the now-defunct Tanjong Pagar Railway Station since it closed its tracks to the public July 1st 2011?

Here’s your chance. And you can have a feast for the eyes, ears and the gut all at the same time.

I was at the media launch of My Private Chef’s STORIES, a pop-up restaurant which will unveil its first chapter (geddit?) at Tanjong Pagar Railway Station on 26th June 2014. [This is my second time here at My Private Chef’s studios, the first being at the cooking class with Nestle Koko Krunch Cereal event.

Not another pop-up restaurant? You may lament.

But here are four reasons STORIES is just not another:

Reason #1: This novel dining concept is spurred by burgeoning interest in Singapore culture and heritage. The idea of STORIES is to showcase the inextricable link between food and Singapore culture and history at unique locations. By unique, they mean national monuments in Singapore.  Tanjong Pagar Railway Station has been gazetted as a significant landmark since 9th April 2011. In its heyday, Tanjong Pagar Railway Station was central to the lives of people in Singapore, Thailand and Malaysia. The railway station served as the artery on which passengers and goods were transported within these countries. 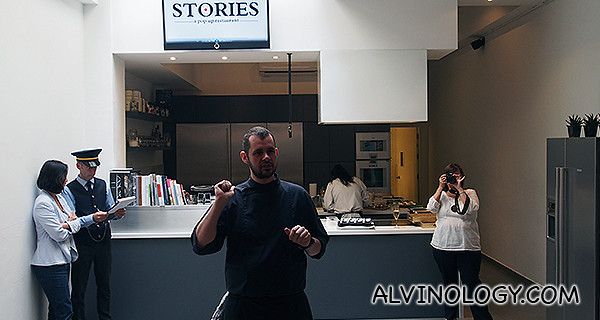 Chef Stephan Zoisl of My Private Chef doing his spiel, on what inspires him to create the menu for STORIES.

Reason #2: What diners can expect at STORIES is a menu showcasing cuisines that are inspired by Singapore’s varied flavors and ingredients, bringing about a new dimension to the dining experience. At the media event, I was part of the lucky lot who got a preview of the menu to be served at the first chapter. 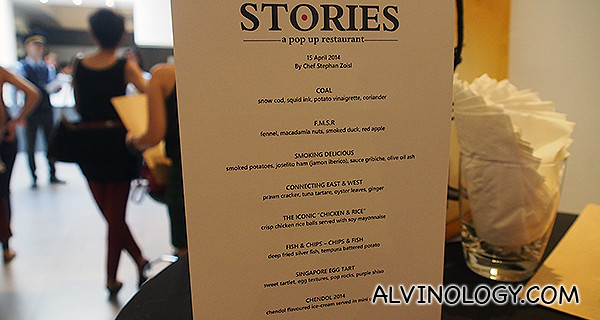 Austrian-born Chef Stephan whips up interesting mishmash of dishes with local flavours to suit the theme of STORIES’s first chapter to be held end June.

Reason #3: While you’re dining, you will also be treated to a visual spectacle with actors as storytellers decked out in station masters costumes weaving in narratives related to every dish. This theatrical experience is meant to breathe life into the monument’s history. 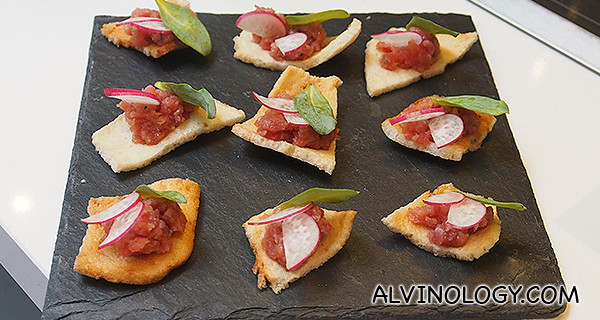 This dish is named “Connecting East & West”, a combination of prawn cracker and tuna tartare 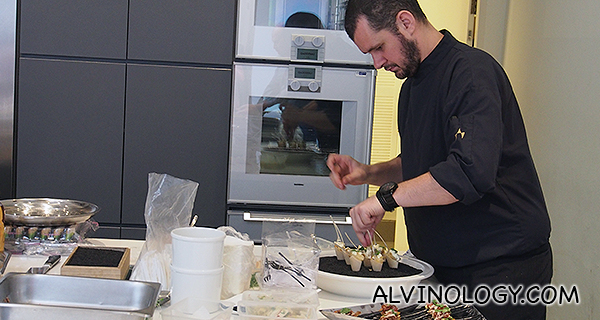 Chef Stephan preparing the dessert, which was the highlight of the day: Chendol 2014 – which is chendol-flavoured ice-cream served in very mini cones topped with red beans… very yummy! 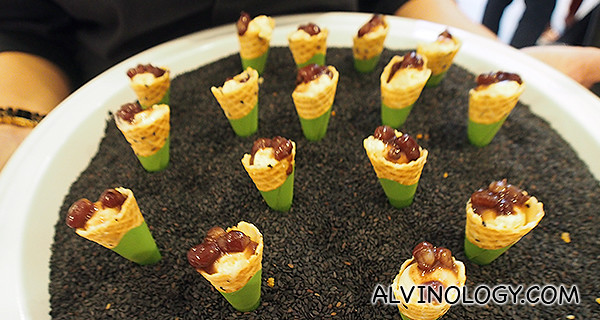 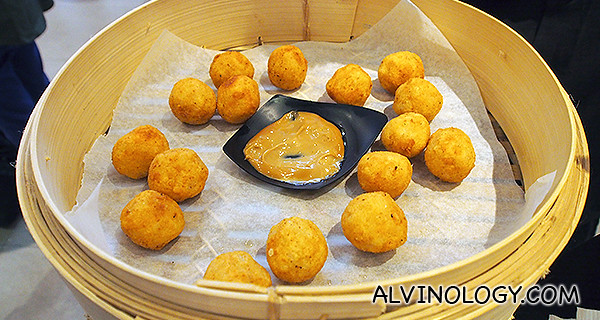 These are da bombs! Chicken rice balls deep-fried golden and served with a piquant sauce 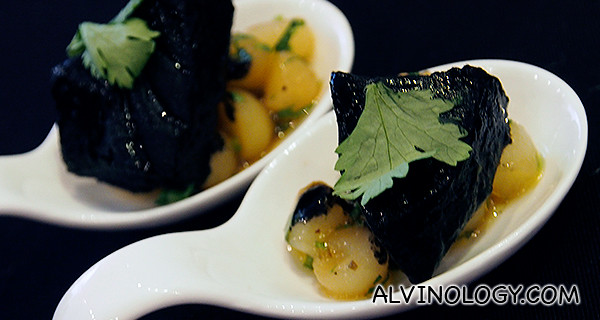 Can you believe this is cod fish? It’s coated with squid ink and served with potato vinaigrette. Interesting concoction. 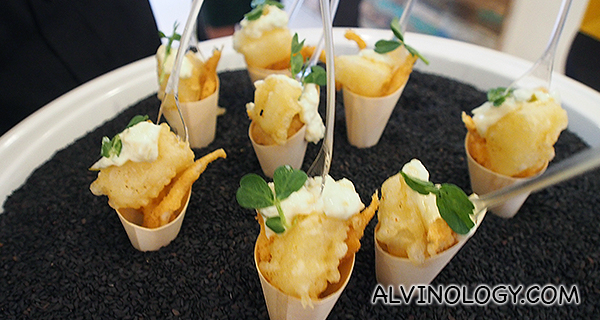 Fish and chips, chips and fish

Reason #4: You will see Tanjong Pagar Railway Station as you’ve never seen it before; as it will be decked in decor theme steeped in Singapore and Malayan heritage – you just have to be there to experience STORIES to understand it and believe it, says the organizers.

Diners can expect a five‐course dinner menu prepared by a celebrity chef and wines being served. The first chapter of STORIES will take place over 4 days, serving lunches on weekends and dinners on both weekdays and weekends. The second chapter’s location and dates will be announced in due course.

Each ticket is priced at $188 to $248 and can be purchased  on www.eventclique.com starting May 1st. 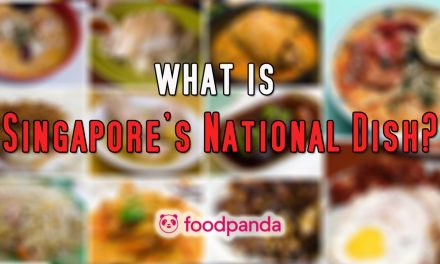 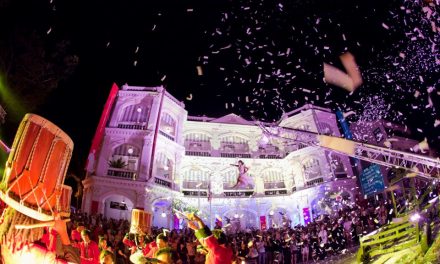 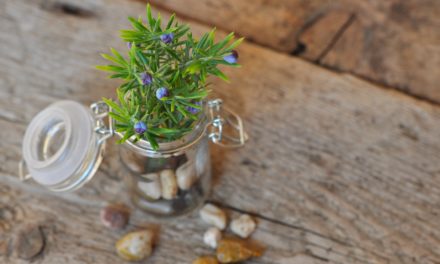 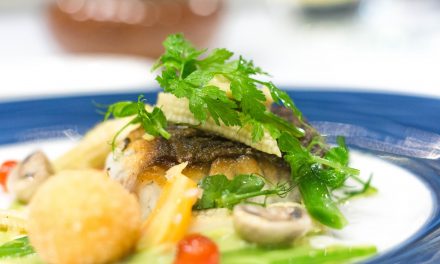