The plot for this movie takes place before, during, and after the events of the first film with a fictionalized retelling of the Battle of Salamis. It is based on the as-yet-unreleased Frank Miller graphic novel, Xerxes. Zack Snyder, who directed and co-wrote the original film, acts as writer and producer on Rise of an Empire:

Ready for the blood, the gore and the glory!

For full sensory assaults, you may want to consider catching it at one of the best cinemas available in Singapore. I watched it at  GVmax in GV VivoCity with an immersive audio experience offered by the Dolby® Atmos™ surround sound system. 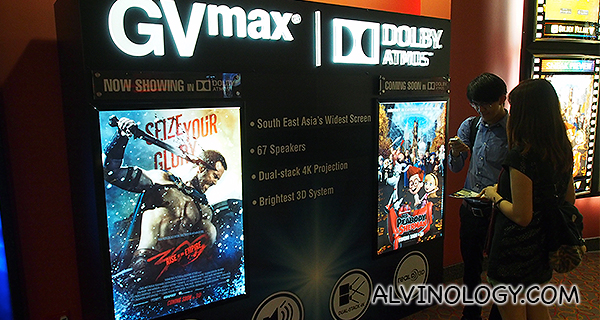 GVmax is retrofitted with 67 independent EAW speakers to match audio with onscreen actions and also possesses the widest cinema screen in Asia at 22.4 metres accompanied by a crystal-clear 2K digital projection.

Perfect for enjoying the multiple battle films in the latest 300 film in the most realistic cinematic experience.

Based on Frank Miller’s latest graphic novel Xerxes and told in the breathtaking visual style of the blockbuster “300,” this new chapter of the epic saga takes the action to a fresh battlefield – on the sea – as Greek general Themistokles (Sullivan Stapleton) attempts to unite all of Greece by leading the charge that will change the course of the war. 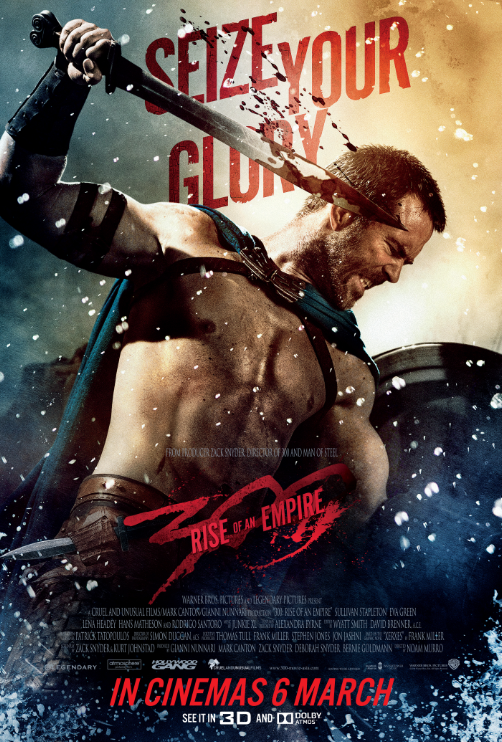 I enjoyed the film, but I think like 99% of all who have seen it, the original was better and Gerard Butlet is sorely missed. Sullivan Stapleton, the male lead playing Themistocles is okay, but he has large shoes to fill.

Nonetheless, it is interesting to see female characters take on meatier roles (and shine) in the traditionally male-dominated action film domain. Ex-Bond girl, Eva Green’s portrayal of Artemisia, the lead villain in this film was outstanding. She comes the closest to commanding as strong a screen presence as Butler in the first film.

Feminists will be happy to watch Artemisia kick guys around in the film. The men will enjoy her onscreen too for her beauty.

300:Rise of an Empire is now showing in Singapore cinemas. Go catch it at GVmax for the ultimate 300 movie experience. 🙂 You take bus? This is why you should give SG BusLeh a spin

With a winning combination of Singlish, user-friendliness of crazy features not found in other bus apps, it is…
byCaymen Tan