After several rounds of nail-biting luck-based games, Mr.  Irvung Tio, a 47-year-old Indonesia businessman emerged the overall winner. I had the good fortune of interviewing Mr. Tio on Saturday, ahead of his big win.

Never shy about his luck, Mr. Tio shared on Saturday that he had just won S$12,000 at the casino on Friday. He admitted that he had always been lucky throughout his life and had many such winnings previously.

Lady luck seems to be beaming brightly on Mr. Tio all the time.

When I attended the  ‘Be a Changi Millionaire’ Grand Draw event yesterday, I picked Mr. Tio to win in my prediction slip…

The ‘Be a Changi Millionaire’ Draw at Changi Airport is Singapore’s biggest retail promotion, featuring the largest prize purse in a local retail promotion or by any airport in the world. Find out more about the draw in my previous blog post.

To view the photos I took at during the grand draw, visit this public picture album on my Facebook.

Yesterday, six lucky individuals from around the world, including Mr. Tio, faced off at Changi Airport Terminal 3 to determine who among them would leave Changi Airport S$1 million richer. On stage, the six finalists – two from Singapore, two from China, and one each from Russia and Indonesia – vied for the million-dollar jackpot in a heart-stopping game-show in front of a captivated live audience.

In the first elimination round, Mr. Tio and Ms. Giam Hui Geok, the two finalists whom I interviewed on Saturday were the first two to clear elimination. What a coincidence!

Hundreds of spectators gathered at the Terminal 3 Departure Hall to witness the excitement of the high-stakes game show. The audience – including friends and family members of the finalists – watched with bated breath as the finalists went head-to-head over four rounds of games that involved progressive elimination, in a bid to stake their claim on the grand prize.

In the second round, the first two finalists who get to place the last card in a row of 5 to form a horizontal, vertical or diagonal straight line, passes elimination.

Ms Tio and Ms Thum were the two who survived.

The final round of the Grand Draw involved the last two remaining contestants, Mr Tio and Ms Thum spinning a giant wheel. The experience must have been nerve-wrecking. With each spin, each of them knew that was what separated them and a million dollars cold hard cash! The two of them used up all their respective turns and still, no winner emerge.

To break the deadlock, a tie-breaker round of “sudden death” was played. Two balls, one gold and one black were placed into a bag. The person who picks the gold ball wins immediately while the one who picks the black ball loses immediately.

Mr. Thum went first and unfortunately for her, she drew the black ball:

I was amazed by how calm and nonchalant Mr. Tio appeared to be throughout the event!

Accompanied by his wife, daughter and son, who were all ecstatic over his win, Mr Tio said,“I am very happy and my family is still in shock from the unbelievable moment. We came here with the mentality of playing some games and having a fun family holiday and didn’t want to focus too much about the outcome. In fact, at the last round, I thought the other contestant would win. We cannot believe our luck!” said Mr Tio.

Asked what he would do with the money, Mr Tio said he would be prudent with his winnings, and put a big part of the sum towards his retirement nest egg. “I will definitely save it up for the future. Before that, the first thing we will do now is to have a celebratory dinner at Changi Airport before we fly back to Jakarta tonight. I will also take a holiday with the family when the children have their break from school, and look at donating part of the winnings to charity.”

Frequent visitors of Singapore and Changi Airport, Mr Tio and his family made more than five trips to Singapore in 2013. In September 2013, the Tios were on their way home after one such holiday, when they shopped at Changi Airport. Before boarding his flight back to Jakarta, he bought some of his favourite wine at the duty-free liquor store, before stopping at his wife’s favourite shop, the Perfumes and Cosmetics store at the Terminal 2 Departure Transit Mall. There, he bought S$667 worth of Shiseido skincare products for her, which turned out to be his winning ticket to the million-dollar fortune.

A very successful run of ‘Be a Changi Millionaire’ 2013 contributed to another stellar year on the retail front for CAG, which saw Changi Airport’s concession sales for 2013 growing to a record high. The annual promotion, which has been held four times since its launch in 2010, has been gaining strong traction amongst Changi’s passengers. CAG received an overwhelming response of 2.2 million lucky draw entries for ‘Be a Changi Millionaire’ 2013, about 2.5 times its inaugural run in 2010, which had registered 830,000 entries.

A diverse group of passengers from 210 countries across the world participated in the 2013 Draw. The top three nationality groups were Singaporeans, Chinese nationals and Indonesians, with Singaporeans making up over 30% of the participants. More than 410,000 instant prizes[1] were given away to lucky passengers over the six-month period, representing an average of 2,300 prizes won every day.

Mr Lee Seow Hiang, Chief Executive Officer of CAG said, “We are heartened to have delivered a stellar year for Changi Airport on the retail front. A strong retail business underpins our continual efforts to keep Changi Airport competitive, augmenting its status as an air hub. For 2013, we achieved record high concession sales, with a healthy growth rate that outperformed passenger traffic growth for the period. This is the result of an effective retail strategy comprising a compelling retail mix, as well as dynamic campaigns to drive sales and create buzz throughout the year. Our anchor promotion, ‘Be a ChangiMillionaire’, is part of our efforts to deliver an airport experience like none other for our passengers, spurring them to rethink the concept of travel.”

More about ‘Be a Changi Millionaire’

Prior to Mr Tio, CAG had made three lucky shoppers at Changi Airport overnight millionaires since its launch. Past winners included former deejay Ivan Rantung (2010) and business development director, Peh Hock Peng (2012), both from Singapore, as well as an Australian engineer from Perth, Jessica Down (2011). Apart from Mr Tio, the other finalists won S$5,000 in cash. They also received a three night stay at Crowne Plaza Changi Airport, with airfare provided for non-Singapore participants. As a result of the positive response received, CAG will be running the fifth instalment of the‘Be a Changi Millionaire’ Draw in 2014. More details will be unveiled in the coming months.

Have you made plans on how to celebrate Mother’s Day this year? Why not head down to Capella…
byalvinology 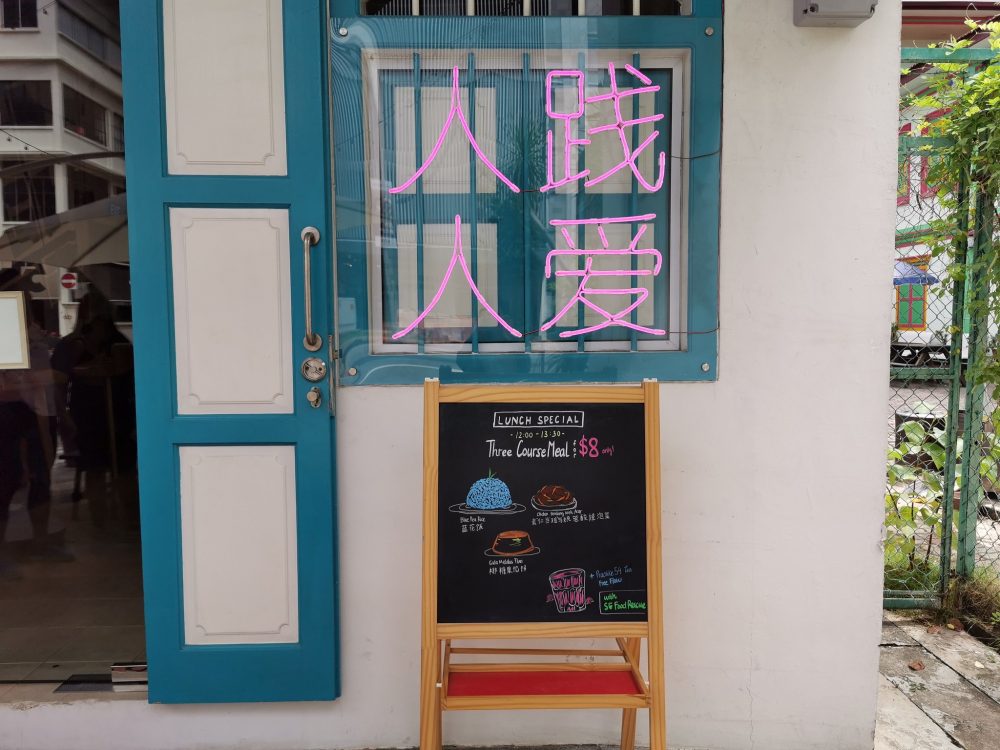