My wife woke me up this morning and told me there is a big breaking news today – a riot took place last night in Little India. More than 400 foreign workers were said to be involved, with one casualty.

Having worked in the local news desk at both Singapore Press Holdings and Mediacorp, Rachel is not the type who get alarmed over inconsequential ‘breaking news’. I knew this must be big – and it was: 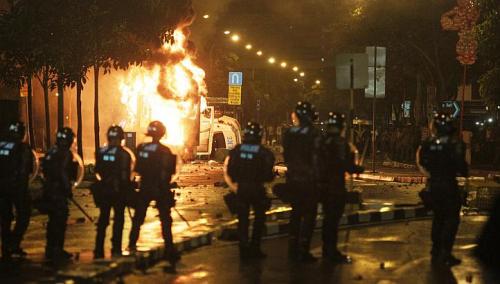 Members of SPF’s Special Operation Command stand in front of a burning ambulance during a riot involving almost 400 people broke out in Little India along Race Course Road on Dec 8, 2013. Twenty-seven men from South Asia were arrested in connection with Sunday night’s riot in Little India, which apparently started after a bus ran over and killed an Indian worker as he was crossing a road. — ST PHOTO: MARK CHEONG

The incident raised some difficult questions which I believe our government have to address:

Little India is well-known as a weekend enclave for South Asian foreigners. Other such enclaves include Geylang for Chinese nationals, Peninsular Plaza for Burmese, Golden Mile Complex for Thais and Orchard for Filipinos. When people of shared nationality or culture congregate in large numbers, the potential for large-scale chain reactions like the one we just witnessed last night is always there. All that is needed is a little fire starter. This was one of the reasons why our HDB estates have racial proportioning. How should the authorities address the issue of growing enclaves?

In Singapore, an assembly of 5 or more persons can be designated as an “unlawful assembly”. When I was in my teens, I used to hang out at the HDB void deck with some of my friends, past midnight. Police on patrol will take down our particulars sometime as part of their routine check. In the enclaves I mentioned, are they able to do the same? This is especially so if there are groups of men gathered together getting drunk in public – an obvious red flag for trouble.

This applies across board for Singaporeans, PRs and foreigners alike. Often time, I hear people calling dark skinned South Asians as “Bangala”. I find the term rather derogatory. The workers from Bangladesh are Bangladeshis not “Bangala”, a term which seem to be used universally for any dark skinned individuals engaged in manual labour. I am sure many of us have witness how some people treat these workers rudely and dismissively. I have seen bus drivers yell at them for no good reasons, shopkeepers talking to them like they are dimwits. Riots do not occur for no good reasons. There must be strong anger and hatred simmering inside these 400 individuals who chose to behave the way they did last night. While there is no excuse for violence, we need to examine and address the social catalysts as well.

Our local authorities and police force seem to have handled the situation quite well last night. Swift actions were taken, the violence was curbed quickly and some of the perpetuators were arrested. Kudos the the home team for the good work.

Nonetheless, these are just quick fixes to an increasingly complex Singapore society with growing income divides; diverse mix of rich expats and poorly paid foreign workers; melting pot of different cultures and nationalities in our relentless pursue of immigrants for economic growth; among many other social issues.

What are you thoughts?

Below is the full summary via StraitsTimes.com:

Little India Riot: 27 nabbed; more expected to be arrested in ‘hours and days that follow’
Published on Dec 09, 2013 5:54 AM
By Francis Chan, Assistant News Editor

Twenty-seven men from South Asia were arrested in connection with Sunday night’s riot in Little India, which apparently started after a bus ran over and killed an Indian worker as he was crossing a road.

Videos uploaded on social media within the hour of the accident, showed the private bus being set upon by an angry mob even as the 33-year-old victim’s body remained pinned under the vehicle.

One man from the mob was seen in a video striking the windscreen and windows of the bus with a pole, while another tossed a litter bin at the vehicle from close range, shattering the front windscreen.

This even as the crowd continued to grow, cheering and shouting vulgarities in Tamil – turning violent in a matter of minutes, said eyewitnesses.

Members of SPF’s Special Operation Command stand in front of a burning ambulance during a riot involving almost 400 people broke out in Little India along Race Course Road on Dec 8, 2013. Twenty-seven men from South Asia were arrested in connection with Sunday night’s riot in Little India, which apparently started after a bus ran over and killed an Indian worker as he was crossing a road.

SCDF rescuers were trying to reach the victim, who was trapped under the bus with hydraulic tools when the crowd apparently attacked them. “Projectiles were thrown at the SCDF rescuers while they were extricating the body,” said a spokesman.

The mob spiralled out of control quickly after that, turning on the police, including the reinforcements who had arrived by then. “Some of the men lit beer bottles with fire and threw them at the police, I saw them throw more than 10 bottles,” said Mr P. Kannan, who was waiting for a friend at the Little India MRT station.

Police estimates later put the mob at about 400-strong.

Commissioner of Police Ng Joo Hee said 300 police officers were activated to contain the rioters. These included men from the Special Operations Command (SOC) and Gurkha Contingent, who arrived at scene clad in anti-riot gear.

Residents living at Blk 661 Buffalo Road, many of whom had a bird’s eye view of how the riot unfolded, said they saw at least three police patrols cars being turned onto their sides by the mob. Two ambulances at the scene were also attacked, one was seen with its windscreen smashed, while another, which was next to a Traffic Police Expressway Patrol, was on fire.

Said Mr Rohit Sodhi, 25, a service staff member at the Jungle Tandoor Restaurant: “I heard what sounded like bombs going off. Three times. Then I saw a huge mob running towards my restaurant and down Upper Dickson Road. The police chased them.”

SOC officers, fanned out in anti-riot formation along the street, managed to break up the violent mob shortly after they arrived at the scene. Commissioner Ng said during a press conference after the incident, that the situation was resolved within the hour of the first call received.

“As far as we know now, there was no Singaporean involved in the riot,” said Commissioner Ng. “The unwanted violence, rioting, destruction of property, fighting the police, is not the Singapore way.”

Two police patrol cars and an ambulance were still ablaze when The Straits Times arrived at the scene. The burning vehicles triggered a few explosions before firefighters were at scene to put out the fire. A total of nine of SCDF and police vehicles were damaged in the incident, including an ambulance and three patrol cars that were burnt.

The SCDF said at press time that it had conveyed 18 casualties including four SCDF officers to Tan Tock Seng Hospital (TTSH) for treatment. The police said 10 of its officers were hurt during the riot.

The Straits Times understands that the driver of the bus was still undergoing an operation in hospital to treat a deep gash in his neck. His bus conductor was also hurt during the riot.

The incident came as a surprise to many, because not since the racial riots in Singapore in 1964, have the police been activated to respond to such unrest. Said 19-year-old polytechnic student Jovial Ng who lives on Buffalo Road: “We studied about the Maria Hertogh riots in social studies but we never expected to witness anything like this in real life.”

Prime Minister Lee Hsien Loong in a Facebook post on Monday morning, called the riot a “very grave incident”. “The situation is now under control, and investigations are underway. Whatever events may have sparked the rioting, there is no excuse for such violent, destructive, and criminal behaviour. We will spare no effort to identify the culprits and deal with them with the full force of the law.

“I urge all Singaporeans to stay calm. Do send the Police any information, photos or videos of the incident that you may have. I also wish the injured officers a full and speedy recovery.”

When The Straits Times visited TTSH at about 1.45am on Monday, more than 10 SCDF officers were seen resting at a staging area, after receiving treatment for their injuries. Most had bandages to their face or arms, although one officer was in a wheelchair with a bandaged knee.

Mr Rafi Yaacob, 24, was at the hospital together with his mother and brother for his father, an SCDF ambulance driver, who had responded to the accident earlier.

The pest control officer said that rioters had smashed the windscreen of the ambulance his father was driving, and the glass shards had cut his face. His father was also injured when rioters threw stones at the paramedics.

Deputy Prime Minister Teo Chee Hean, who visited the scene after the riot with Second Minister for Home Affairs, Mr S Iswaran, urged members of public to stay calm and not react to speculation, and let the facts be ascertained.

Commissioner Ng said: “You can expect that we will make further arrest in the hours and the days that follow. Anyone with information about people who were involved in the violence last night should tell the police.

“We will go all out to find, to bring to custody, everyone who was involved in this incident.” 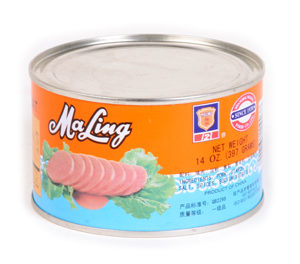 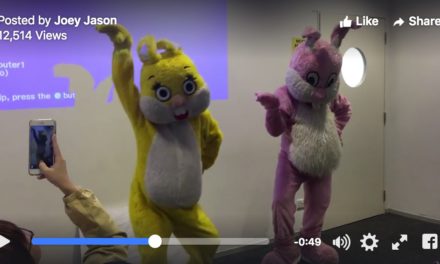