Temasek JC Student Kwek Jian Qiang: “Our brightest students, who will become Singapore’s future leaders, should get the best facilities”

This article published in TODAY newspaper stinks of elitism:

Singapore has often been accorded the honour of having one of the best education systems. Our students rank high in their scores, from mathematics to other subjects. There are, though, significant disparities in the quality of learning environments.

When my grandmother visited Singapore this year, one of her most striking comments was when she saw a sparkling, shiny Institute of Technical Education (ITE) “skyscraper” campus.

Her first impression was that, in such a quality school environment, the students would be the best and brightest in Singapore. It took me a while to convince her otherwise and her look of dismay was apparent.

Indeed, a question should be raised: In a system where people are rewarded according to merit, why are our best and brightest not getting the best learning environments?

I once attended a seminar at ITE College East. The interior was like a plush hotel: Sleek floors, plush lecture theatre chairs, high-quality tables – quality exceeding that found in our polytechnics and junior colleges (JC).

From the exterior, with an Olympic-sized swimming pool and a stadium stand, it looked like it was made for the Youth Olympics.

What saddened me, though, was the graffiti on the tables and chairs. Apparently, the students do not cherish what they have. Should any JC or polytechnic student have access to such quality facilities, I have no doubt they would appreciate it better.

There is a need to equalise government spending on school facilities. Campuses such as Anderson JC’s and Victoria JC’s pale in comparison to ITE College East’s.

Our brightest students, who will become Singapore’s future leaders, should get the best facilities in order to excel and grow. We should reward according to merit.

The writer is a JC student.

” Our brightest students, who will become Singapore’s future leaders, should get the best facilities in order to excel and grow. We should reward according to merit.”

This argument is along the same vein of thought that only scholars can hold top Ministerial positions in Cabinet and that our Ministers must be paid the world’s highest political salaries in order to recruit the best.

上梁不正下梁歪 – If the top promotes elitism, the bottom learns too.

This elitist mindset is a social ill and it is spreading to our next generation like our dear Kwek Jian Qiang, an “elite” JC student poised to become one of “Singapore’s future leaders”.

I fear for our future.

There is nothing wrong with Kwek expressing his displeasure on the state of JCs campus facilities versus that of ITE campuses. In fact, I agree with him that MOE could have done more to ensure everyone gets the best study environment, regardless of which institution they are from.

I have an issue with the way Kwek pushed his argument. It betrays his elitist mindset.

Consider the two arguments below:

Kwek obviously chose argument 1 over argument 2. Why? Maybe argument 2 never crossed his mind as elitism is so ingrained in many of our academically better performing students.

So what if you did well in school examinations?

Does it guarantee you success in life? Does it make you a better person?

One of Singapore’s most respected politician, Chiam See Tong did not do well for his “O” level examinations. He still became a successful lawyer and Singapore’s longest-serving opposition Member of Parliament.

BTW, Kwek is a JC1 student at Temasek JC as of 2011 and moving on to JC2 in 2012. Well done for bringing shame to your school, Kwek Jian Qiang. You may have deleted your photos on Facebook, but there’s Google cache.

According to research, six Singaporeans are diagnosed with blood diseases, like Leukaemia or Lymphoma, that may require a…
byIrone Kim

Think you are breathing in clean air? A recent study by a research team led by Dr Erik Velasco,…
byCaymen Tan 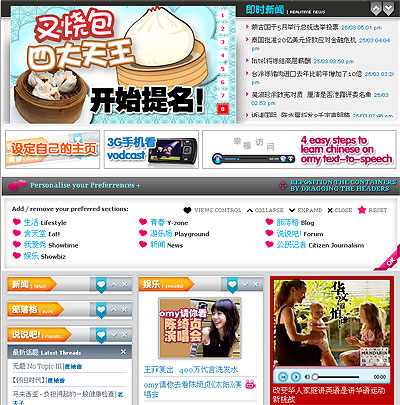 A plug on something the omy.sg team has been working on for the past few months. I have…
byalvinology