Thanks to the folks from UIP, Rachel and I watched Puss in Boots in 3D on 16 November. The computer-animated adventure film is now showing in Singapore cinemas. 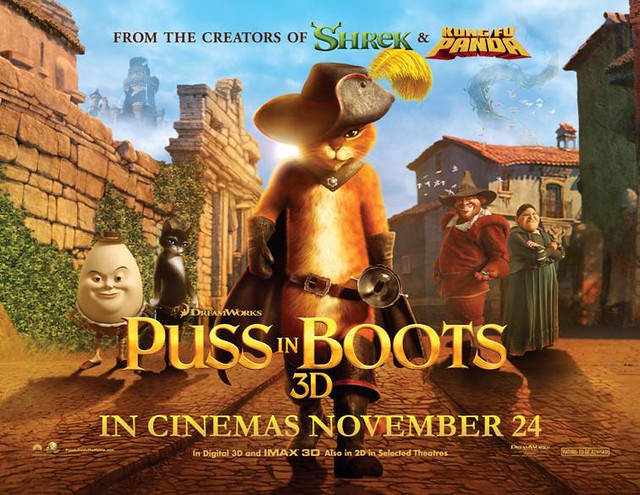 The film is a spinoff prequel to the Shrek franchise, and it follows the character Puss in Boots on his adventures before his first appearance in Shrek 2 in 2004. Accompanied by his sidekicks, Humpty Dumpty and Kitty Softpaws, Puss is pitted against Jack and Jill, two murderous outlaws in their quest to hunt down the magic beans that will lead them to the “Goose with the Golden Eggs”.

Like all the Shrek movies, Puss in Boot is steeped in fairy tales traditions, but with a mischievous twist of course. For instance, the hapless Jack and Jill who “went up the hill to fetch a pail of water” were transformed into a hideous, criminal duo.

A cat lover, Rachel has been dying to watch Puss In Boots since she first saw the trailer eons ago. After watching, she gives it double thumbs-up and lists it as a must-watch for 2011.

Review aggregator Rotten Tomatoes’s consensus on the film is, “It isn’t deep or groundbreaking, but what it lacks in profundity, Puss in Boots more than makes up for with an abundance of wit, visual sparkle, and effervescent charm.” This I totally agree.

While the storyline was not particularly memorable to me in any way other than frequent cutesy cats scenes, the film had my full attention through its 90 minutes screen time. Puss in Boots is those kind of movies perfect to watch with your family or a large group of friends for some light entertainment. 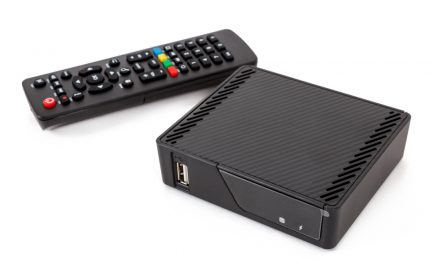 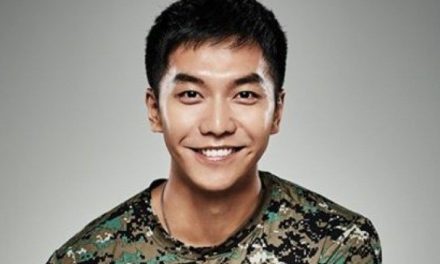