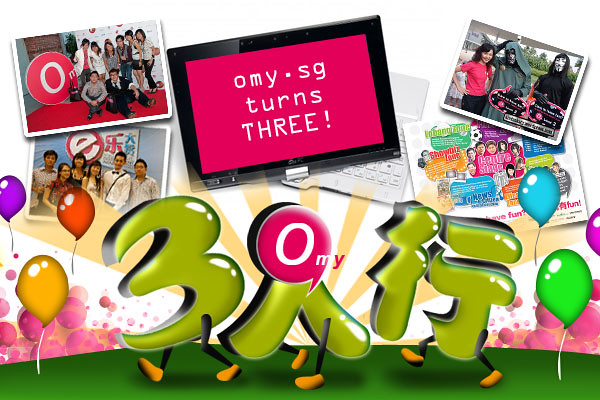 Plugging for omy.sg. 🙂 Time really flies, I have already been with omy.sg for more than three years now.

It took a while, but we have successfully built the portal from zero to one that enjoys a respectable viewership of over 10 million page views, generated by over 400,000 unique visitors per month. Some of our major milestones listed in reverse chronological order:

30 April 2008 – Launched the first bilingual blog award in Singapore, Singapore Blog Awards. The award seeks to honour tireless “new age wordsmiths” who devote much time and energy in maintaining informative, regularly updated and innovative blogs. The trophy for the awards was designed by multi-disciplinary artist, Mr Tan Swie Hian and more than 1000 blogs registered to compete in the awards, garnering over 70,000 votes.

Think back three years ago, who would have thought a bilingual web portal  can achieve events of this scale and hit such viewership figures.

Self-flattery aside, the omy.sg team is also aware of the challenges we face ahead. Lots more works need to be done. Being in the new media industry means we constantly have to be at our toes to follow the latest trend and technological development. Most importantly, omy.sg could not have achieve anything without YOU, the readers, our lifeline.

Hence it is in this mood that we launch our third anniversary celebration to give away prizes to you, the reader. 🙂 More details are available below.

omy.sg turns THREE, and we want you to celebrate with us!

To thank you for your support in the last three years, omy.sg has prepared a series of fun-tastic activities for you, and will also be giving away three tablet netbooks amongst other prizes!

The portal currently enjoys over 10 million page views per month, generated by over 400,000 unique visitors monthly. This is more than twice the traffic of 5 million page views when the site was first launched, and we have YOU to thank for this achievement!

A couple can enjoy a romantic candlelight dinner, while four people can play mah-jong together. Now just what can three people do for entertainment?

If you have ideas of fun activities suitable for three people, tell us! Submit photos (no more than 3) or videos (no more than 3 minutes in duration) of your ideas and stand a chance to win great prizes!

Just send in your entries to [email protected]by 6 October 2010, 1159hrs together with your name, contact number, NRIC and email.

– “Three dishes makes a Meal”Visit Eat Section (http://eat.omy.sg) for our recommendation on which three dishes you can prepare to make a sumptuous meal!

– Lifestyle Section (http://lifestyle.omy.sg) will be sending three individuals for special makeovers to experience how it feels like to be models for a day!

– When it comes to love, three’s definitely a crowd. Check out the special horoscope series on Playground Section (http://playground.omy.sg) and find out how people with different zodiac signs handle love triangles. 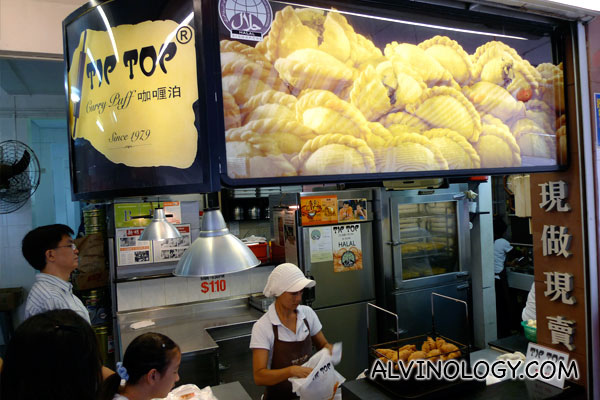 Back when I was in Anderson Junior College (AJC), I can never resist buying a curry puff from…
byalvinology 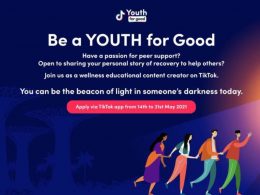 TikTok launches a nationwide call for Singaporean youths to participate in its Youth for Good initiative. In collaboration…
byIrone Kim McDonald’s Nasi Lemak burger that was launched just in time for Singapore’s National Day has been sold out.…
byChitra Kumar

Wo Peng Cantonese Cuisine is one of three restaurants under the Wo Peng Restaurant (和平饭店)  group, operated by…
byalvinology