Thinking about this still makes my blood boil.

Rachel and I held a small engagement party at my place last night (30 Jan, Sat). The gathering was for around 30+ of our closest friends and relatives.

The guests were to arrive from 6.30pm onwards. The service agreed (booked 11 days ago) with the caterer , Angeli Catering, was for them to come set up at 6.30pm and have the food ready for the guests by 7pm latest. They were also to provide tables and chairs as we are moving out of our current residence and have already removed all our furniture.

At 6.30pm, we were moderately disturbed that no one from Angeli contacted us. Repeated calls to the office number they provided in their order form and company website went unanswered… I kept trying to call them till 6.50pm – still no answer.

We were beginning to panic as our guests started streaming in. We served them with some tidbits, fruits and drinks. Unable to contact the caterer – we didn’t know if they had forgotten our order or were just late.

Then, it struck me to try searching for their mobile number online. Finally, I managed to contact one of their manager called Mr Ten via his mobile number listed on the Singapore Bride forum.

Mr Ten reassured me that his driver was just slightly late and “will arrive in ten minutes”. With his reassurance, we went about apologising to our guests and waited for the food to arrive.

I called up Mr Ten again. This time he said he will call the driver to check – did this mean he did not do anything the first time I called him? After hearing my frustration, Mr Ten told me he will get his driver to call me back with an explanation.

The driver, a polite chap called Peter called back and apologised, claiming he was stuck in a traffic jam and that he should arrive in “ten minutes”. With Peter’s assurance that they will only be “slightly late” – 7..20pm at most, we went about apologising profusely to our guests again, assuring them the food will be here soon.

I called up both Peter and Mr Ten again to give them a piece of my mind. Again, they said they will arrive in “ten minutes”. This time, Rachel and I decided not to trust them and ordered pizzas as a contingency plan as we felt really bad about starving our friends and relatives. I told Peter I wanted to speak to his boss and he asked me to call his office number again. I did – and again, no one picked up the phone.

7.40pm. Still no sight of the catering van. More than an hour late already.

I called up Peter again. This time, he admitted that he was stuck at Serangoon Road because there’s a massive jam. He also told me they had another event in the area before that and were caught up with the Thaipusam traffic. I told him that the excuse cut no ice with me and that the catering service had made Rachel and I look like idiots in front of all our friends and relatives. Peter then told me he will get his manager to call me.

Peter’s manager, A Miss Xiu Li called me back. She apologised for the late delivery and kept blaming it on the “unexpected” Thaipusam traffic. I retorted that as a catering business, they should plan their routes better and be aware of major festive occasions. In any case, I don’t care whether it’s Christmas, New Year or whatever festival – the delivery order stated the buffet was to be set up by 6.30pm and the food ready by 7pm. Neither was fulfilled. No attempt was made to contact us at all about being late. Repeated calls to the office went unanswered and we had to go online to “CSI” out the manager’s contact number. Miss Xiu Li kept trying to give me the same crap reason over and over again. She then tried to pacify us by saying she will waive the delivery charges. I told her I don’t care about the money. Even if she billed me twice or thrice the price to have the food delivered on time now, I would have paid up because it was a matter of salvaging what was supposed to be a joyous occasion, and we didn’t want to waste our guests’ time or be unhappy.

When I told Miss Xiu Li that I wanted to speak to her boss, she told me that her boss has no mobile number and is uncontactable on weekends. High and mighty. Well done.

I told her that I was not going to pay for the food until I got to speak to the boss. I am still willing to pay the full sum (as I said, it’s not about the money), but the principle and how they ruined my engagement party. Miss Xiu Li then insisted that I at least sign the invoice upon delivery – the payment can be settled on Monday after she gets her boss to call me.

Oh, and the pizza guy actually arrived at around 7.50pm – faster than the damn caterer!

Rachel and I felt awful when we saw her over 70-year-old grandmother eating pizza when we know she do not like western food.

Some of our guests were also about to take their leave – with an empty stomach.

Rachel and I felt really bad about everything. We had wasted all of our time trying to contact the cursed Angeli staff and getting a truthful answer from them on their exact location, instead of focusing on the party and our guests.

8pm. Still no sight of the catering van.

I called Peter and insisted to know where he was exactly. He claim he was at Potong Pasir MRT station – a five minute walk to my house. Sick of their crappy excuses, my dad actually cycled out to the location to check if the van was really there – it was not. My mother contemplates bringing family members to a nearby coffeeshop for dinner instead.

The catering van finally arrived at 8.10pm. A full 1 hour and 40 minutes late.

They took another ten minutes to set up. Rachel and I as well as some friends and family members helped to unload and unpack to speed things up. Yes, this was how desperate and shameful the whole affair was.

The guests finally got to eat at 8.20pm.

Rachel and I are lucky to have kind and understanding friends and relatives who were able to bear with all the catering trouble. For this, we are deeply grateful. Some of them have specially came from Johor Bahru, Ipoh and even Australia to spend an evening with us.

Rachel and I felt terrible.

We promised everyone that we would try to arrange and meet on separate occasions to give them another treat.

A lot of our guests brought wine – which we didn’t get to enjoy because the food came so late that we didn’t have time for anything else. Rachel and I only got around to taking a bite after 10pm, shortly before the catering guys returned for their stuff.

There were many friends we did not get to catch up with because we were too caught up trying to solve the food problem.

There were the flowers, balloons, DVDs and photo albums that we prepared but were hardly used.

A evening that should have ended at 10pm latest ended at close to midnight.

Well done Angeli Catering. You have been most unreliable caterer. The saving grace was that the food was good (as expressed by the guests who got to eat) but the same cannot be said of the service. A freaking 1 hour and 4o minutes late???!!!!???

Did I mention that there was a CNA camera crew waiting also? They were here to interview Rachel and I about my unconventional proposal for a TV show and wanted to get some shots of the party. If all went smoothly, there might have even been some positive publicity for the caterer. Alas.

Rachel and I refused to sign the invoice in the end. Let’s wait and see what the high and mighty boss of Angeli Catering – whatever his or her name is has to say about all this.

Actually, there’s nothing that can be done.

An engagement party is once-in-a-lifetime event. The magic moment has been ruined, our guests’ time has been wasted. No amount of monetary compensation can do anything.

A simple phone call from the boss to explain the situation there and then might have resolved everything. A display of honesty and integrity at managing our expectations would have also gone a long way too – if they had at least fore-warned us that they will be so freaking late, we could have ordered more alternative food for our guests and made other arrangements.

For now, Rachel and I just want to say a big SORRY to everyone who came to give us their well-wishes, and to those who stayed, THANK YOU. It was  a memorable evening in so many ways but made meaningful only by your company. We are grateful for all your patience and understanding, and feel blessed by your love. The IT SHOW Festival is back with a bang from 10 – 20 March 2022. Key highlights include…
byIrone Kim 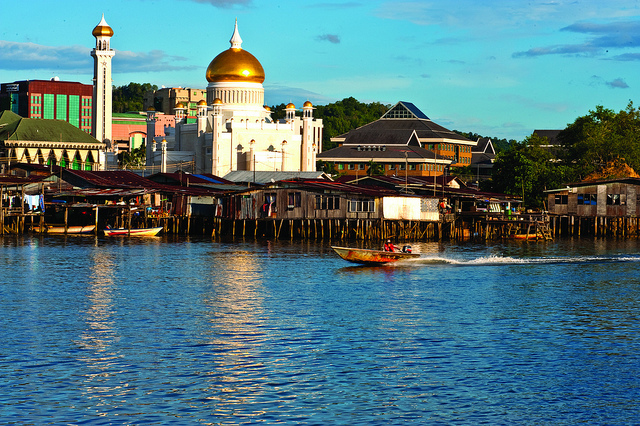 Royal Brunei Airlines will be launching four new travel packages at the upcoming  Travel Carnival fair, to be held…
byalvinology 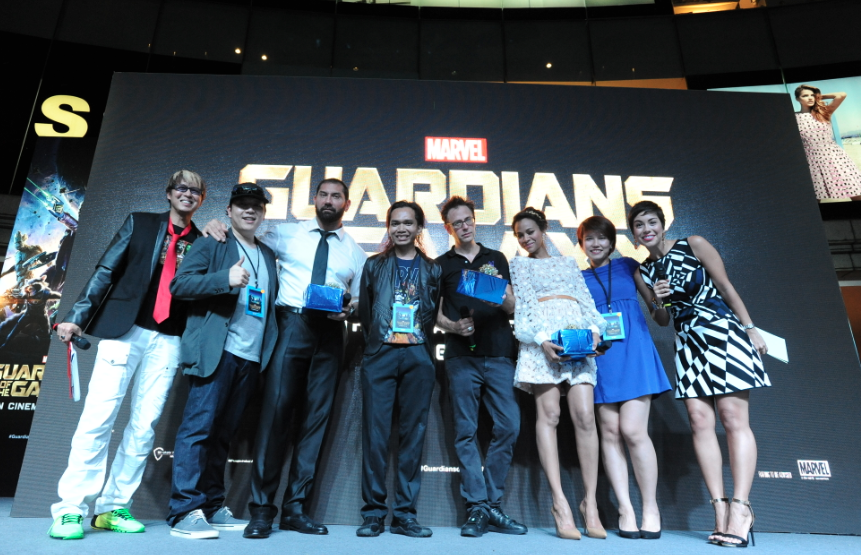 July is indeed a special month for me. And this year’s July takes the cake because I’ve had…
byAdlena Wong
Power up your child's learning with Geniebook.
Sign up for free demo
This is default text for notification bar
Learn more