It had for me.

Last Thursday, I received notice about my first ever pay cut throughout my working life. To be fair, it was across board and nobody in SPH was spared, including our CEO and senior management who took the biggest percentage cut.

The pay cut was announced during a last minute meeting scheduled at 5pm that day. I had to attend my stupid RT session, by order of SAF and hence got to know about it via SMS through Rachel and my omy colleague, Han Joo.

The cut was not that substantial as to affect my spending habits, not I am a big spender anyway (I do not have a car and do not indulge in luxury brands). However, it was still enough to make me feel the impact of the recession and how it will change the habits and lifestyles of many regular Singaporeans like myself in the next few years as more individuals get retrenched or receive pay cuts.

Last Saturday, I headed down to Marina Square for dinner with Rachel as I need to pop by the Singapore Flyer in the evening to check out an omy video shoot. After exiting from the gates of City Hall MRT Station, I was shocked by the crazy human traffic flooding there for the IT Show.

Check out these pictures below:

Singaporeans certainly love their IT gadgets and bargains.  Does it look like we are experiencing a recession?

Being quite a techno-geek, I usually spend quite a bit at IT Shows (read my blog entries about last year’s SITEX and COMEX); but this time round, I decided to cut back. The only thing I bought was an iPod multi-plug charger – only because I am missing the charger.

What about you? Has the recession affected you yet?

Wedding in a Primary School

Rachel and I attended a unique wedding over the weekend. The groom and bride met when they were…
byalvinology Marvel at a Giant Panda made with over 10,000 balloons or a stunning balloon peacock flaunting its tail…
byDanielle Ann 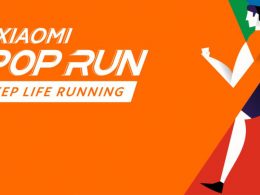 Xiaomi, for the first time, will be organising the Xiaomi POP Run in Singapore. This year, the annual…
byIrone Kim