I suppose F1 is a mainly ang moh-oriented event. That’s probably why the first night of the F1 Rocks concert at Fort Canning Hill on 24 September, 2009 was such a disappointment (the concert reviews for the subsequent ang moh performances were good).

Rachel and I were really looking forward to it as we are big fans of Soda Green (蘇打綠), one of the performing artistes. In the end, we left early, bored and frustrated with the bad concert experience.

Not that the artistes were unprofessional, in fact, they were extremely professional. It was the sound system and the concert organisers that were the let-downs.

The audio was bad right from the very beginning. At times, you can barely hear the artistes’ singing. Later on, there we also a long power trip, stage malfunction and many other glitches. The artistes all look rather pissed on stage with the staging and sound system, but were professional enough to still give their best performances.

First to perform was Taiwanese R&B group, Da Mouth (大嘴巴). As their songs involve lots of dancing and movement, the bad audio was not painfully obvious, overshadowed by the group’s nifty foot works. However, I did find it strange that although Aisha is the lead singer in the group, the screen camera kept zooming on the other male group members instead of her… Rachel pointed out that all the videographers were ang moh, perhaps they are not familiar with the group.

Next up was the Soda Green, the band whom we went to support. Audio was slightly better. As the lead singer, Qing Feng roused the crowd to a high in the middle of a song, the power tripped and the stage went pitch silent. It was really awkward. Qing Feng looked like he wanted to leave the stage, but in the end, stayed on and chatted with the audience. When the sound came back on, the band was professional enough to round up their performance dutifully.

Then came A-mei (阿妹). The songs she was performing that night were all new songs from her latest album under her aboriginal moniker, Gulilai Amit (古歷來·阿蜜特) which Rachel and I were not familiar with. Hence we got a bit bored. It didn’t help that the audio went wrong again right from the point when A-mei emerged on stage with the microphone – there was barely any sound coming out of her microphone. Nonetheless, A-mei still finished her performances, though she looked rather pissed when she left the stage without saying a word after her last song.

The last to perform was Jacky Cheung (张学友). Due to some stage malfunction which I learn from news report the next day, there was an extremely long delay of nearly an hour before the Chinese King of Pop emerged on stage. By then, Rachel and I were already feeling very bored and frustrated – hence we made the decision to leave the concert early, in the middle of Jacky Cheung’s performances. To be fair, Jacky Cheung gave a very solid performance, belting out one Cantonese hit after another. However, it was still no remedy to the damages caused earlier by the poor event management. 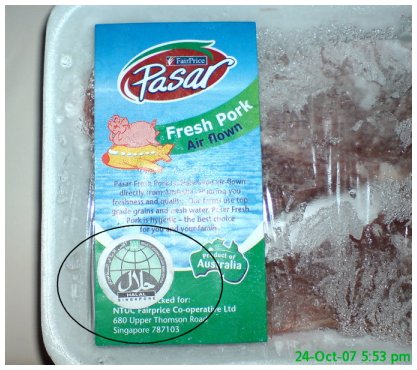 Picture taken from eddyra.net As reported on Straits Times: NTUC FairPrice has lodged a police report after it…
byalvinology

It is not very common to find Chee Cheong Fun (Steamed Rice Rolls, 猪肠粉) handmade from scratch in…
byJune Tan