On the third day, we checked out of our hotel and headed for Asahikawa.The snow was really thick that day; Mark skidded the car a few times and it was a nerve-wrecking experience for me sitting in the front passenger seat. The ladies were too sound asleep to feel anything though.

We took a short stop at Otaru to grab a quick bite. Mark and Meiyen were determined to go back for the charcoal-grilled scallops which we missed narrowly the night before. Rachel and I tried the two-coloured Hokkaido corn which tasted delightfully sweet. We also visited LeTao and bought some chocolates. A few of the service staff at LeTao were Taiwanese who spoke Mandarin to us. It felt really warm to finally be able to communicate with someone in Japan as I don’t speak Japanese.

The presence of Mandarin-speaking sales staff in upmarket Japanese shops reflected the increased economic importance of China around the world. It was interesting to note there were more tourist signboards and announcements in Mandarin rather than English in Japan.

After Otaru, we headed for Asahiyama Zoo (旭山動物園) to catch the penguin march – the highlight of our programmes for the day. It did not disappoint! Coming from a tropical country, it was really amazing to see cold-climate animals like penguins and polar bears roaming about freely in open-air enclosures as opposed to the giant fridges at the Singapore Zoo.

As we arrived rather late, we had only about one hour to tour the entire zoo, minus the time spent watching the penguin march. Hence we visited only the cold-climate animals and skipped all the tropical animals. An observation made was that cold-climate species of the same animal tend to be bigger in size, probably because of thicker fur.

The penguin march was an exhilarating experience for all of us. Two long rows of people lined the path of the penguin march in a circular loop from their enclosure. The penguins were followed closely by zookeepers who ensure they do not stray and make it safely throughout. Two species of penguins were in the march – the King Penguins which generally walked in a straight line, minding their own businesses; and the inquisitve Gentoo Penguins which seems to enjoy interacting with human beings.

Rachel went totally gaga over the penguins, trailing them all the way, running down the path to catch them as they marched their way down. A few of the naughtier Gentoo Penguins got really close to the audience till they were made to fall back into formation by their zookeepers.

We left the zoo very satisfied and thrilled with getting to interact up close with penguins in their natural climate. Now, we have hunger tummies to fill. To accomplish that, we headed to a ramen town which is near to our hotel for the night – Loisir Hotel.

Japanese ramen are fantastic! Rachel and I had a very satisfying lunch. There are three flavours for Japanese ramen – miso, soy and shio (salt). I tried the miso ramen while she took the soy ramen.

After unloading our luggage at the hotel, we set off to do some shopping in Asahikawa. Following our routine the previous two nights, we made a stop at the supermarket to sweep some discounted food for dinner.

That night, we went to sleep feeling very full and satisfied with the food and experiences.

Stay tuned for my day 4 blog entry. 🙂 Meanwhile, you can read my previous blog entries on the trip if you have missed them: 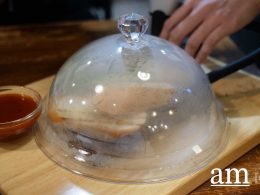 The Largest Mala Tang Chain from Shanghai is coming to Singapore 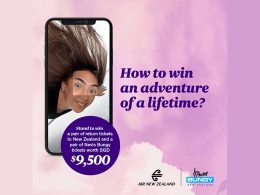 Air New Zealand rolls out the #AirNZBungyChallenge in partnership with world-famous AJ Hackett Bungy New Zealand, to inspire…
byIrone Kim
Power up your child's learning with Geniebook.
Sign up for free demo
This is default text for notification bar
Learn more