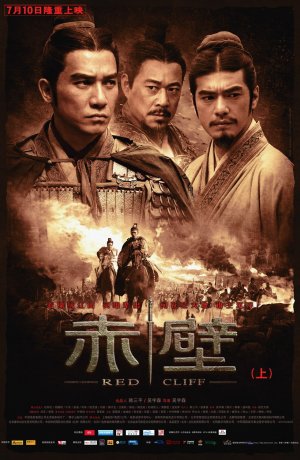 At least for me lah.

I generally prefer Asian movies as compared to Hollywood fares due to the cultural similarities we share. A good case in point – I can’t understand why in ang moh movies, the guy and girl can have sex then discuss about whether they love each other the next morning while it’s the other way round for Asians.

Back to Red Cliff.

Check out the trailer below if you don’t believe me:

I watched it with my friend, Melvin last Thursday at the Gala Premiere, courtesy of the my paper movie night event. 🙂 The screening was a VivoCity and I was taken aback when I saw the place jam-packed with movie fans all the way from the second floors upwards! 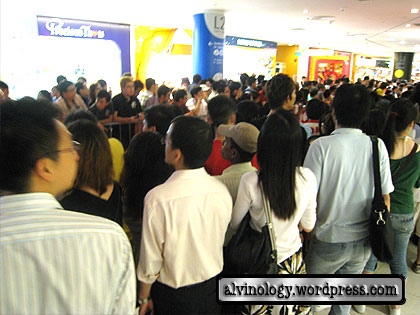 There was a large crowd, even by the sides of the red carpet leading into the cinema from the elevator 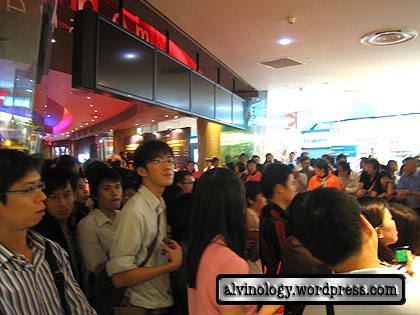 More people… who are they waiting for? 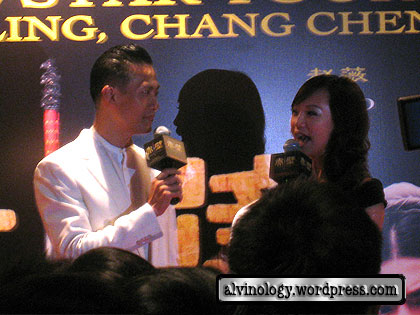 Obviously not the mediacorp ‘stars’ who were being interviewed on stage, like this guy, 715, here. I mean, the people were crowding OUTSIDE the cinema, not at the stage. Why ah? 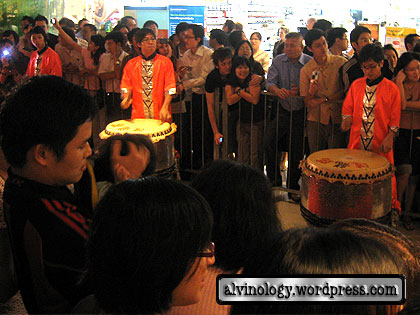 There are even drummers deployed to further warm up the anticipation for the real stars. 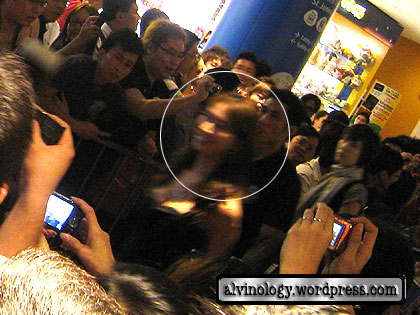 And here she is! Lin Chi-Ling in person! (I am sorry I can’t get a better shot) 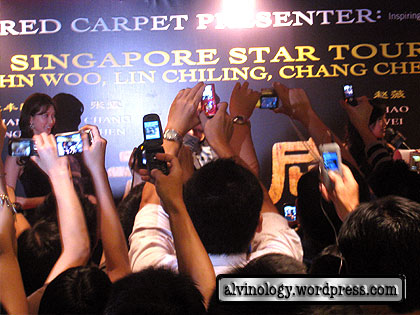 Once she graced the stage, cameras started snapping away like crazy. A far cry from the half-baked stars earlier on. 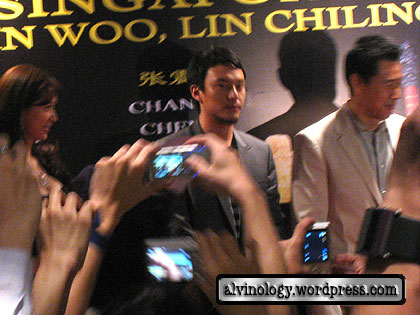 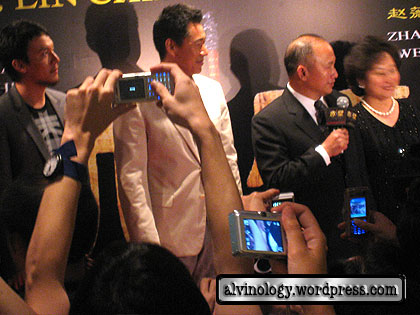 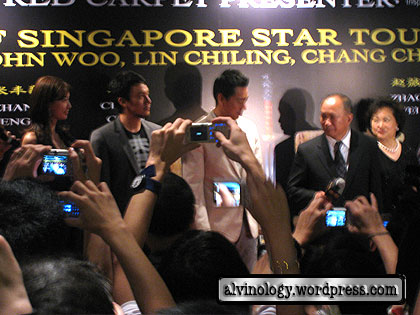 The entire ensemble of the real stars for the night (L to R): Lin Chi-Ling, Chang Chen, Zhang Fengyi, John Woo and his wife.

BTW, Melvin was damn hilarious… he totally KNOWS NUTS about the Three Kingdom story! OMG! I thought he was joking with me when he asked me during the movie, “Who’s Cao Cao?”, “Which is the three kingdoms?”

One good thing about watching Red Cliff was that the storyline so intrigued my friend, Melvin, that it inspiresd the self-confessed “banana-man” to go read the translated version of the classic literature.

For parents who have problem getting their children to learn chinese, maybe you can also consider taking them to watch Red Cliff? 🙂

Oh, and one last note – for John Woo fans, the answer is YES, there were a lot of scenes with white doves again in this movie. 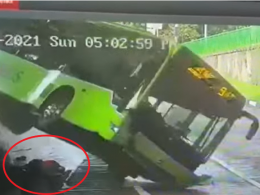