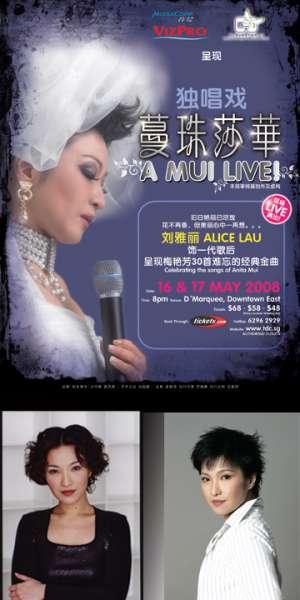 The previous Friday (16 May), Rachel and I went to watch a solo stage performance by singer, Alice Lau (劉雅麗), which chronicles the life story of the legendary Cantopop star, Anita Mui (梅艳芳) with more than 30 of her hit songs. Our tickets were complimentary from Crocodile International, the anchor sponsor for the performance. 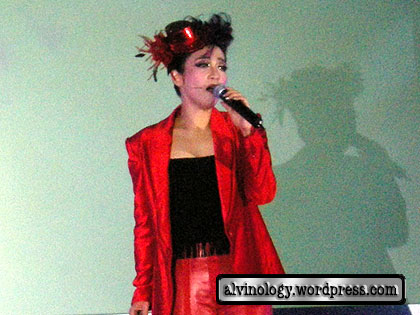 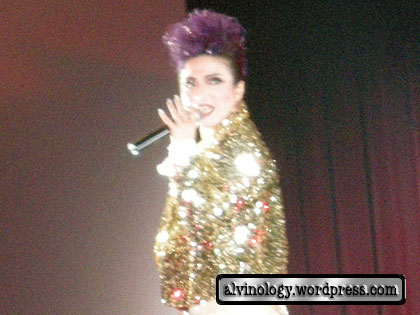 It was held at D’Marquee, Downtown East. Alice’s singing and stage performance were really great. The only sore point was I don’t understand Cantonese (the entire performance was in Cantonese). As no subtitles were provided, poor Rachel had to act as a human Cantonese-to-English translator, much to the annoyance of the aunties sitting near us. 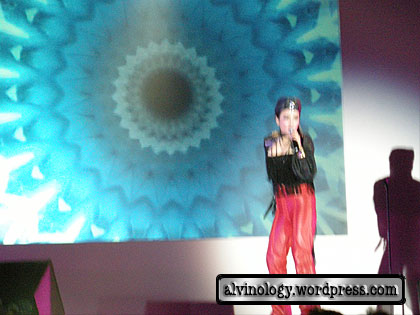 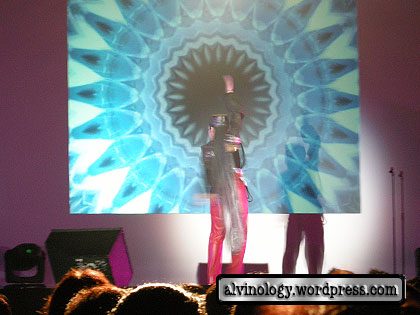 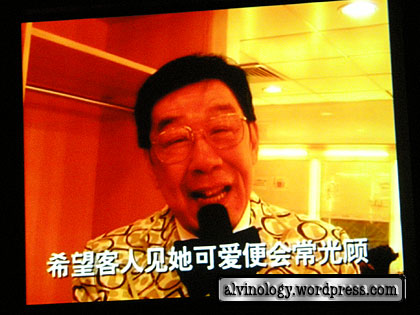 Some TVB actor talking about Anita Mui during the video intermission

The two of us were quite out of place among the audience composed mostly of kindly looking aunties and uncles. Nevertheless, it was an interesting experience listening to a different kind of concert from the usual pop/rock fares. I walked out developing a keener interest in past songs, sung by Anita Mui.

I like Anita Mui’s deep, raspy voice. Somehow, I am drawn to female singers with such vocal quality. I also like songs by Cyndi Lauper and Cai Qing (蔡琴). However, there don’t seem to be any such singer among the younger artistes nowadays lei. Sigh. 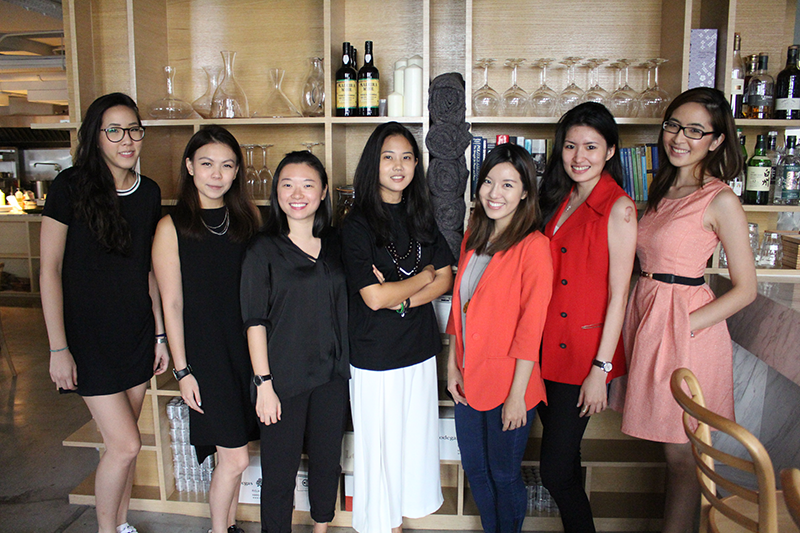